A total of 86 per cent of professional photographers receiving the World Press Photo 2014 awards use Canon cameras. 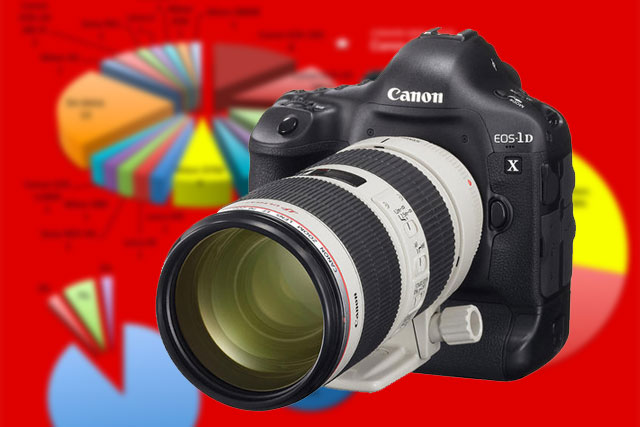 If you've ever wondered which cameras press photographers use these days, then the graphic published recently by a Spanish website should give you an idea of what is used. Through it you discover that Canon cameras were used for 58% of the images, with Nikon reaching 28%.

The study is not scientific and does not offer a complete picture about the use of different brands, suggests website HastaLosMegapixeles, but does help to understand market shares when it comes to one of the most important awards for photojournalists.

So, according to the information published in 42 of the 55 photographs that made it to the World Press Photo 2014 awards, the Canon EOS-1D X is the camera most professionals use: 8 pictures were taken with this camera. Canon is also responsible for 58% of the pictures, with models like the EOS-5D Mark III and even the Mark II following. Even the humble Canon EOS 1100D appears in the list, suggesting it is also a viable “professional” model… 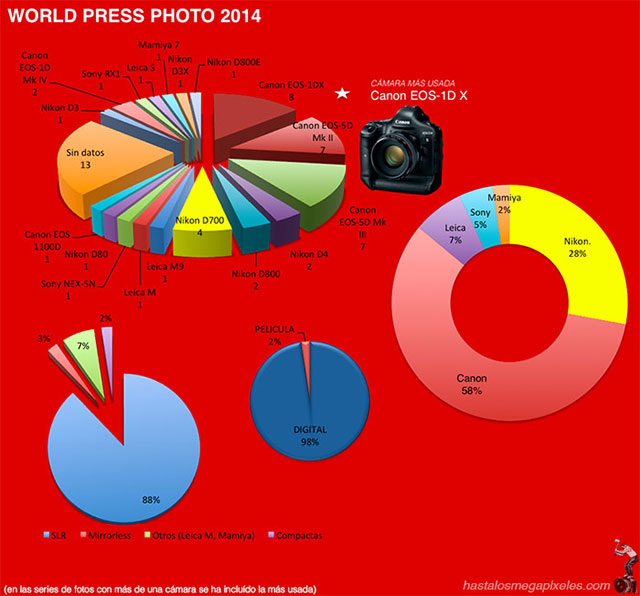 Leica, with 7%, is the third name in this list of cameras used by participants in the World Press Photo 2014. Sony comes afterwards, with 5% and Mamiya has 2%. So these are the names the professionals know. Other brands are non-existent, it seems, when it comes to World Press Photo awards.

The graphic shows also some more interesting data, as the dominance of digital over film, with 98% against 2%, and the dominance of DSLR cameras, which account for 88% of the total of cameras used. Mirrorless represent  3%, compacts 2% and others, including Leica and Mamiya, 7%.