Is this the ultimate combo cam ? 18MP stills & 4K video 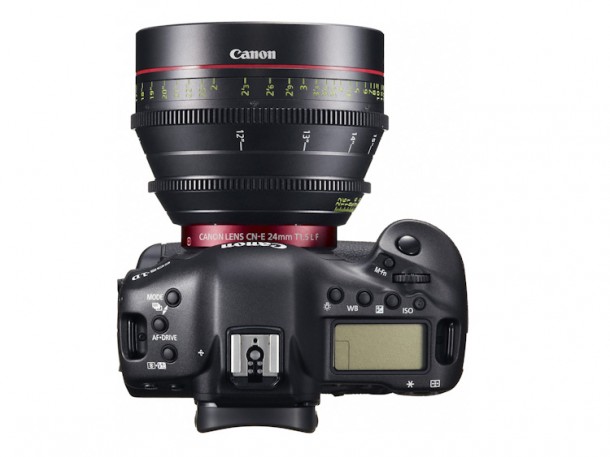 With just a few days until NAB 2012 Canon have unveiled two new additions to their Cinema EOS lineup. You can read all about the C500, their new cinema camera, over on our sister site PVC but here on PPC I want to talk a little bit more about the new EOS-1D C which I think is safe to say is now Canon's flagship HDSLR. Combining all the photographic features of the previously announced EOS-1D X, but now adding 4k video recording as well, Canon have produced something unique.{C}

First let us take a look at the critical specifications:

The fact that this camera exists is not a surprise, in fact Canon announced during the November 2011 C300 launch that such a camera was in development. What is most surprising to me is that they have maintained all of the photographic features of the EOS-1D X though. Given the $7000 cost of the EOS-1DX, you would think that a video specific 4K DSLR could have hit a much lower price point than the $15,000 estimate they are giving for this. When you have cameras like the RED Scarlet shooting 4k RAW images in a similar pricing territory you have to wonder which market they are targeting with this camera? Canon must see a large market of people who want to shoot BOTH stills AND 4K video. You might initially think about journalists, but let's be honest in that regard, 4k video as a news medium is a long long way off. Most of us are still not even seeing news delivered in 1080p on many cable packages, let alone 4K ! The domestic delivery of 4k video via cable,fiber or satellite is years away. So are there enough creatives out there right now shooting professional stills , who would also pay $8k more to have 4K video? 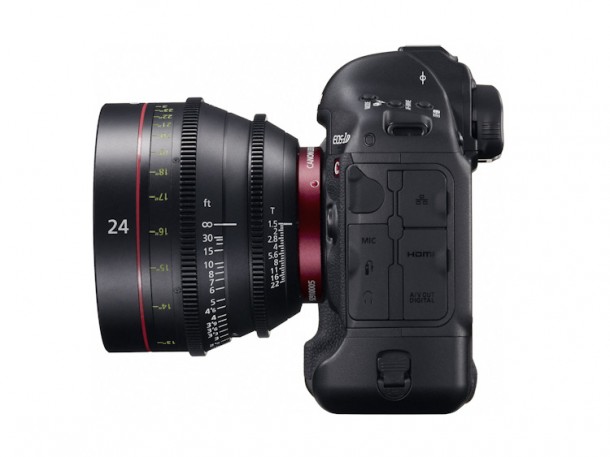 As you might be able to tell, I'm not entirely sold on this concept yet. I'll be heading to NAB in a couple of days where I will have some hands on time with the camera and hopefully see some footage so stay tuned for more updates.

For now lets examine what you get with this camera in a little more detail. For all of the photographic functionality you can refer to my previous posts about the EOS-1D X. They are identical in this regard apart from the fact that the PC Sync socket on the side of the camera has been replaced with a headphone jack instead. I also wrote a comprehensive article about the video feature improvements on the EOS-1D X when it was launched and of course all of these are carried through to the 1D C as well. The most notable exception is that single clip record times will no longer be limited to 29:59 seconds. A lot of camera have that limitation as it bypasses some EU taxation laws on production equipment but with the 1D C we will have no limits but it results in a higher priced camera. Physically there are no further differences between 1D X and 1D C apart from the addition of the headphone jack as I mentioned. Most filmmakers will be highly dissappointed to see that mini HDMI is still the only way to output video, frankly on a $15,000 camera I think this is a poor choice. Anyone who has shot any amount of video with a DSLR will know how vulnerable these connections are. 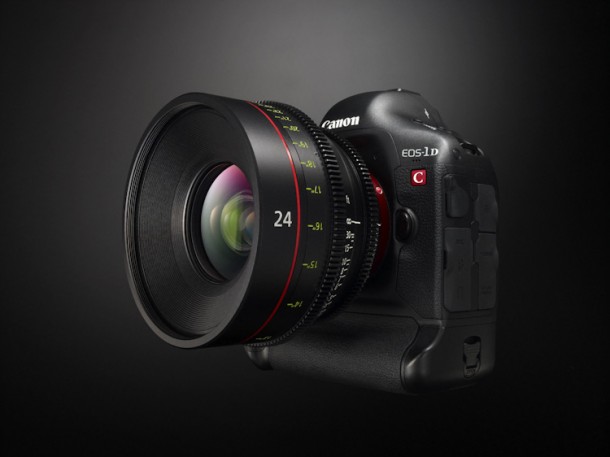 Full HD 60p is available but at 4K only 24p is an option. There is NO mention of 25p which will alienate all the PAL users out there, hopefully this can be addressed with an update though as I'm sure people will be up in arms about that.

Uncompressed 4:2:2 is available from the HDMI though for external recording (just like the Nikon D4 and D800) for broadcast applications and Canon Log Gamma can also be used for those who want to get the absolute best latitude from the files for grading before delivery. When shooting in 4K the camera uses an APS-H sized portion of the sensor but when shooting in 1920×1080 you can use the full width of the full frame sensor, or crop in and use a Super35mm mode. It's unclear to me why the 4K mode just doesn't use the Super 35mm crop as well though as they are so close anyway?

There appears to be no focus peaking or zebra stripes to aid focus or exposure either. Standard features on cameras many many times cheaper than this, how this could have been omitted is a total mystery as well.

Where this camera might see some considerable usage is as a B-Camera on 4k film shoots, or for situations where the small form factor really helps over it's bigger cousin the C500. Sticking this camera in an underwater housing or strapping them to cars and motorbikes are a couple of examples that quickly come to mind but you still have to wonder why someone wouldn't choose a RED Scarlet for the same job given it's relatively small size and RAW recording.

With Sony's announcement of the FS700 last week , there's another contender in the cheaper 4K ring and Sony's offering brings much much more in terms of high speed frame rates for Full HD and of course all the pro input, outputs and UI functionality albeit in a much larger form factor than both Scarlet and 1D C. Interesting times! 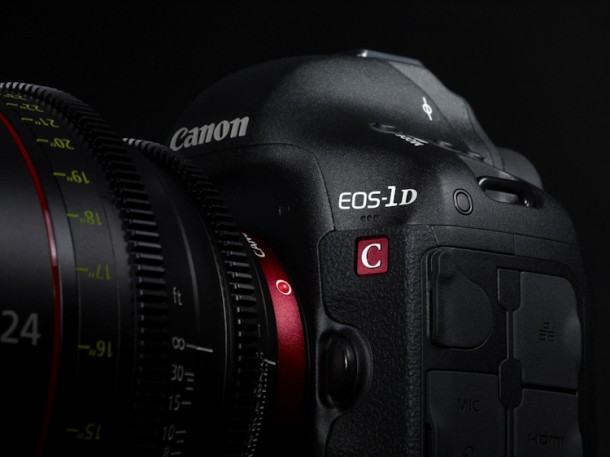 I have seen it mentioned on another website though that you could pull stills from the 4K video and that they would be 8MP stills. Well yes that is technically true, but if you have ever lined up a DSLR and taken a picture, then composed the same scene and shot a video of it and compared the sharpness of the two images you would be blown away by how bad the video looked in comparison. It's like comparing a point and shoot camera to a medium format camera! It might have a small niche usage in the journalism world for newspaper print but past that I can't see much point in it when the stills can be shot at full resolution up to 14fps anyway!

Look for more coverage on this camera in the coming days from NAB.