The astronauts at the International Space Station are capturing 4K content for a new IMAX 3D film, The Perfect Planet. 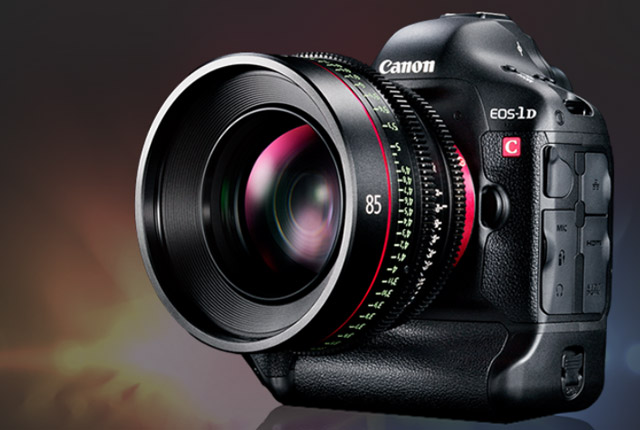 Canon Cinema EOS digital cameras and lenses have been selected by IMAX Corporation for a mission that will create material for the film A Perfect Planet, a presentation of Walt Disney Studios Motion Pictures and IMAX Entertainment.

The new 3D film, tentatively named A Perfect Planet, will be shot over the course of the next year with multiple crews of astronauts conducting principal photography. The film is set for release in early 2016.  IMAX goal is to explore the completed International Space Station and illustrate its value as a unique platform for scientific research for multiple disciplines.

In fact, the International Space Station (ISS) provides an unparalleled perspective of how both natural and human forces shape planet Earth. IMAX Documentary Film (IMAX) aims to produce a three dimensional movie, which uses ISS-based video and images to illustrate these impacts for audiences of all ages. IMAX also showcases NASA’s exploration efforts, and highlights the ISS as a stepping stone to deep space exploration.

The IMAX production team selected Canon EOS C500 EF digital cinema cameras, Canon EOS 1D-C digital SLR cameras, and a selection of Canon Cinema Zoom and Prime lenses for the project. The EOS C500s will be paired with Codex recorders to capture 4K images. Directed by acclaimed filmmaker Toni Myers, the IMAX 3D space project will offer breathtaking, illuminating views of Earth from space, exploring mankind’s future on and off the planet. Renowned large format cinematographer James Neihouse serves as the film’s director of photography and trained the astronauts who will man the cameras while in orbit.

“Of the digital cameras we tested for spaceflight, the Canon EOS C500’s image quality was more film-like than the other systems,” said Neihouse. “The sharpness is superior to some of the larger sensors. And it is more user-friendly for the astronauts. We have a good track record with Canon cameras in space.”

“I am thrilled that the Canon Cinema EOS cameras we have selected launched to the International Space Station and our astronaut crews can now begin filming spectacular scenes for our new project,” said Toni Myers, who will produce, direct, write and edit the documentary film. “The lightweight, flexible Canon cameras produce remarkable imagery and are ideal for capturing scenes of our beautiful Planet Earth.

“When we launched the Cinema EOS product line, Canon hoped to inspire filmmakers to take their craft to new heights. We are honored that IMAX, Toni Myers, James Neihouse, and the astronauts took our challenge so literally. To have our cameras and lenses travel to space is an incredible cause for celebration. We look forward to this awe-inspiring film and pledge to continue to engineer products worthy of the next frontier-whether here on Earth or among the stars,” said Yuichi Ishizuka, president and COO, Canon U.S.A., Inc.

The film A Perfect Planet connects people to the space program by providing unique views of Earth from space. IMAX movie scenes demonstrate how crew members adapt to life in space, and how future crews must counter the effects of long-duration space travel. The film enhances awareness of NASA and its exploration programs, including those aimed at studying Earth and those designed to explore the solar system and beyond. The film aims to inspire the next generation of scientists, engineers and explorers who will study space and invent new technologies for improving life on Earth.

For the general public, the high definition images from IMAX will provide, three dimensional views of Earth and how it is changing over time, including through deforestation, erosion, glacier and ice cap melting, and the growth of deserts. The film illustrates the impact humans are having on Earth, including through climate change and through the consumption of limited resources. Audiences around the world will see and understand how humans are changing their home planet, and how it continues to be shaped by natural forces. The film illustrates the importance of conservation, sustainability and environmental awareness for future generations.