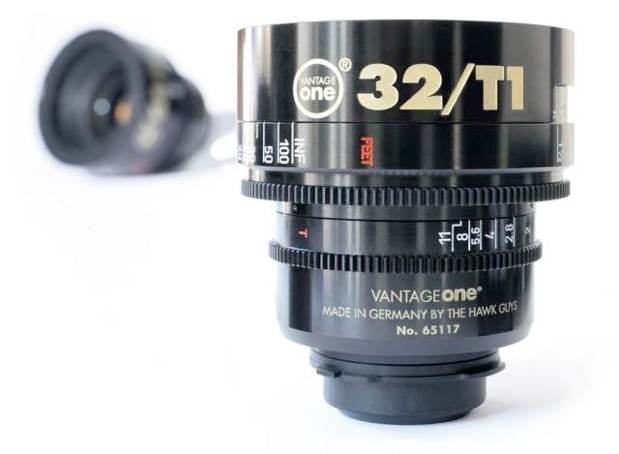 Image from Film and Digital Times used by permission.

Are you into super-shallow depth of field? Do you think modern lenses are too “clinical”? Shoot PL-mount? Vantage, the folks who make Hawk anamorphics, are introducing a new line of nine spherical prime lenses, from 17.5mm through 120mm. They all open up to T1, with the knife-thin DoF and the organic look that implies, and—wait for it—they’ll be available in a partially-uncoated version for lower contrast and increased flare.

Jon Fauer breaks this news over at Film And Digital Times. The Vantage Ones will be / are being introduced at the Camerimage Festival in Poland, though as I write this there’s nothing yet posted about the lenses on their site.

There is also as yet no news about these lenses on Vantage’s own [slow-loading, form-over-function, pop-up-window-spewing, user-abusive] website either [not that I have an opinion, mind you], so Jon’s excellent article is the one to read. Go on, read it; I’ll wait ’til you get back.

What’s the big fuss about?

Faster lenses: T1 is a stop faster than T1.4, two stops faster than T2. Vantage Ones will be the fastest cine primes around, bar none. Arri/Zeiss Master Primes are T1.3 and Cooke 5s are T1.4; Ultra Primes are T1.9 and Cooke S4s are T2; Schneider-Kreuznach Cine-Xenars are T2 and slower.

Do we really need T1 lenses when new digital cameras are rated at ISO 1250 and ISO 2000? Perhaps not for day exteriors, but for nighttime location work, sure.

Shallower depth of field: this is, of course, the trend du jour, to the despair of camera assistants everywhere. One of these Vantage Ones on an S35mm-sized sensor will be like shooting the same angle of view on a Canon 5D at f/1.4, more or less.

Images with “character”: modern lenses tend to be crisp, sharp, and contrasty, edge to edge. No flare, no vignetting, no coma; their images are neat and clean and perfect in every respect… and a little bit bland as a result. Many people want a touch more “character” in their images (need I mention Instagram and Hipstamatic, two mobile apps wildly popular for their artful image-degrading capabilities?), and these lenses can add character. As Jon Fauer says:

At T stops from T2 to T11, Vantage One lenses provide a look similar to most modern lenses, with total image illumination (no shading or fall-off at the edges.) At T1.4, the look is “more forgiving,” but still extremely good. Wide open, at T1, Vantage One lenses open up a new world of extremely shallow depth of field, with a beautiful, subtle, silky creaminess, great for skin tones. The bokehs have an interesting kind of donut or bubble effect. Maybe a good way to describe the look is to remember the original Leica Noctilux 50 mm T1 still lens circa 1976.

These three aspects of a T1 optic can be demonstrated with another wide-aperture lens, the Voightländer Nokton 25mm f/0.95 for micro four-thirds mount. Here are a couple of examples: crops of roughly the lower-left quarter of a full image, shot with the Nokton on a Panasonic DMC-GH2. The first image is shot at f/2.8, the second at f/0.95. 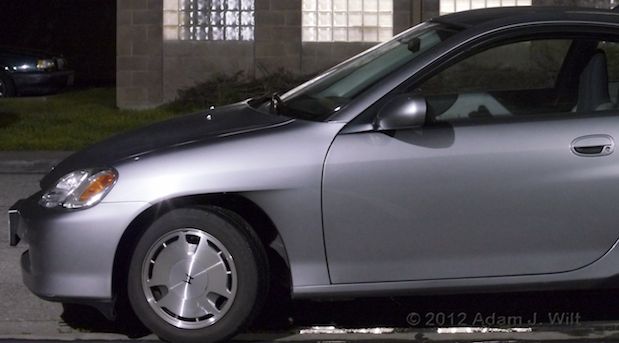 Lower-left quarter of a still shot with the Nokton 25mm at f/2.8. 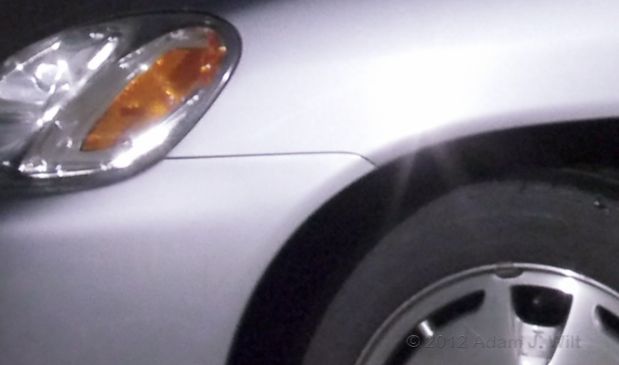 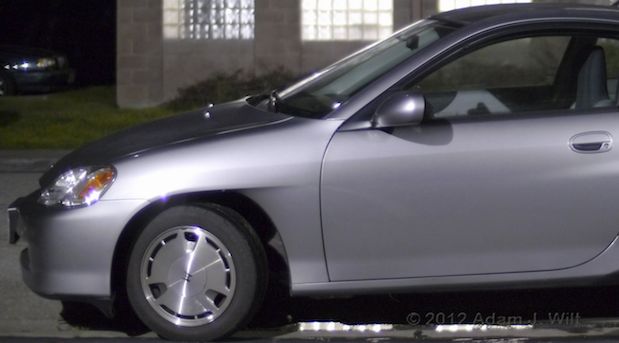 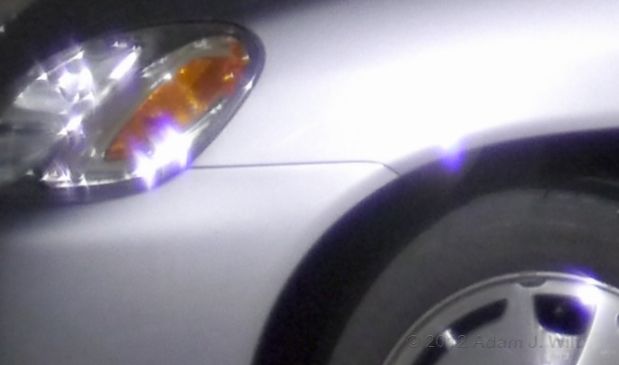 Also have a look at my NAB 2012: RED article, in which the video and some of the close-up stills were shot with the Nokton, mostly W. F. O. (wide freakin’ open… or words to that effect). You’ll see the shallow depth of field, and the blown focus that results therefrom; the interesting character of the bokeh and off-axis details; and, at 1:54 in the clip, the complaints of other shooters—also using GH2s—who lacked equally fast lenses. Yeah, midday in the RED booth at NAB can be just as bad as a night location shoot.

NINE of ’em: nine PL-mount primes spanning the range from 17.5mm to 120mm, and all of ’em T1. Sure, there’s the Nokton, the Noktors, and the Noctilux, but the Vantage Ones are the first full-range system of T1 cine lenses, with PL mounts and cine gearing on the rings.

Price? Not announced, as far as I know.

They won’t be cheap.

But I’ll bet they’ll be worth it.

Disclosure: No material connection exists between me and Vantage Film, Jon Fauer, and/or Film and Digital Times. No one has offered any payments, freebies, or other blandishments in return for a mention or a favorable review.

The lead image of the Vantage One 32/T1 is from Jon Fauer’s Film and Digital Times, and is used by permission.