Irvine, CA — August 1, 2017. RED Digital Cinema® announced today that its RED RAVEN® Camera Kit is now available exclusively through Apple.com and available to demo at select Apple Retail Stores. This complete handheld camera package features a diverse assortment of components from some of the industry’s top brands, including: 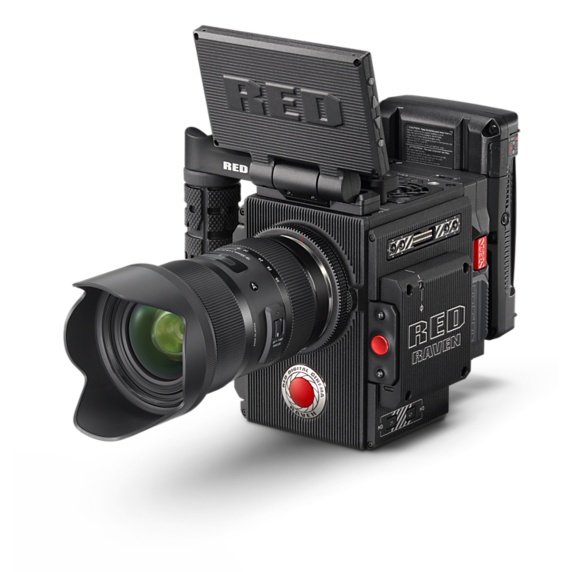 The RED RAVEN Camera Kit is available for $14,999.95. Customers can buy this package or learn more at Apple.com and select Apple Retail Stores. [Direct link on the USA Apple Store, at press time, is here. -AJW]

“We are very excited to work with Apple on the launch of the RED RAVEN Camera Kit, available exclusively through Apple.com,” said Jarred Land, President of RED Digital Cinema.  “The RED RAVEN Camera Kit is a ready-to-shoot professional package that gives content creators everything they need to capture their vision with RED’s superior image capture technology.”

All RED cameras feature a modular design that empowers customers to dial in their ideal configuration for any production environment. Customers looking to outfit their RAVEN with additional accessories should go to www.red.com.

RED Digital Cinema is a leading manufacturer of professional digital cameras and accessories. In 2006, RED began a revolution with the 4K RED ONE digital cinema camera. By 2008, RED released the DSMC (Digital Stills and Motion Camera) system that allowed the same camera to be used on features like the “The Hobbit” trilogy and “The Martian”, Emmy-winning shows like “House of Cards”, and magazine covers such as “Vogue” and “Harper’s Bazaar”. The cameras of RED’s DSMC2 line — RED RAVEN, SCARLET-W, RED EPIC-W, and WEAPON — combine compact and lightweight design, superior image quality, incredible dynamic range, modularity, and cutting edge performance — including up to 8K resolution. In 2017, RED’s newest 8K sensor, HELIUM, set the new image quality standard with the highest DxOMark score ever.

Elliot Smith at NewsShooter.com has some background and commentary.