Today, ARRI announced the brand new ALEXA 35. The ALEXA 35 is a 4K Super 35 camera that appears to elevate digital cinematography past the gold standard of film stock and into unprecedented heights for color and dynamic range. 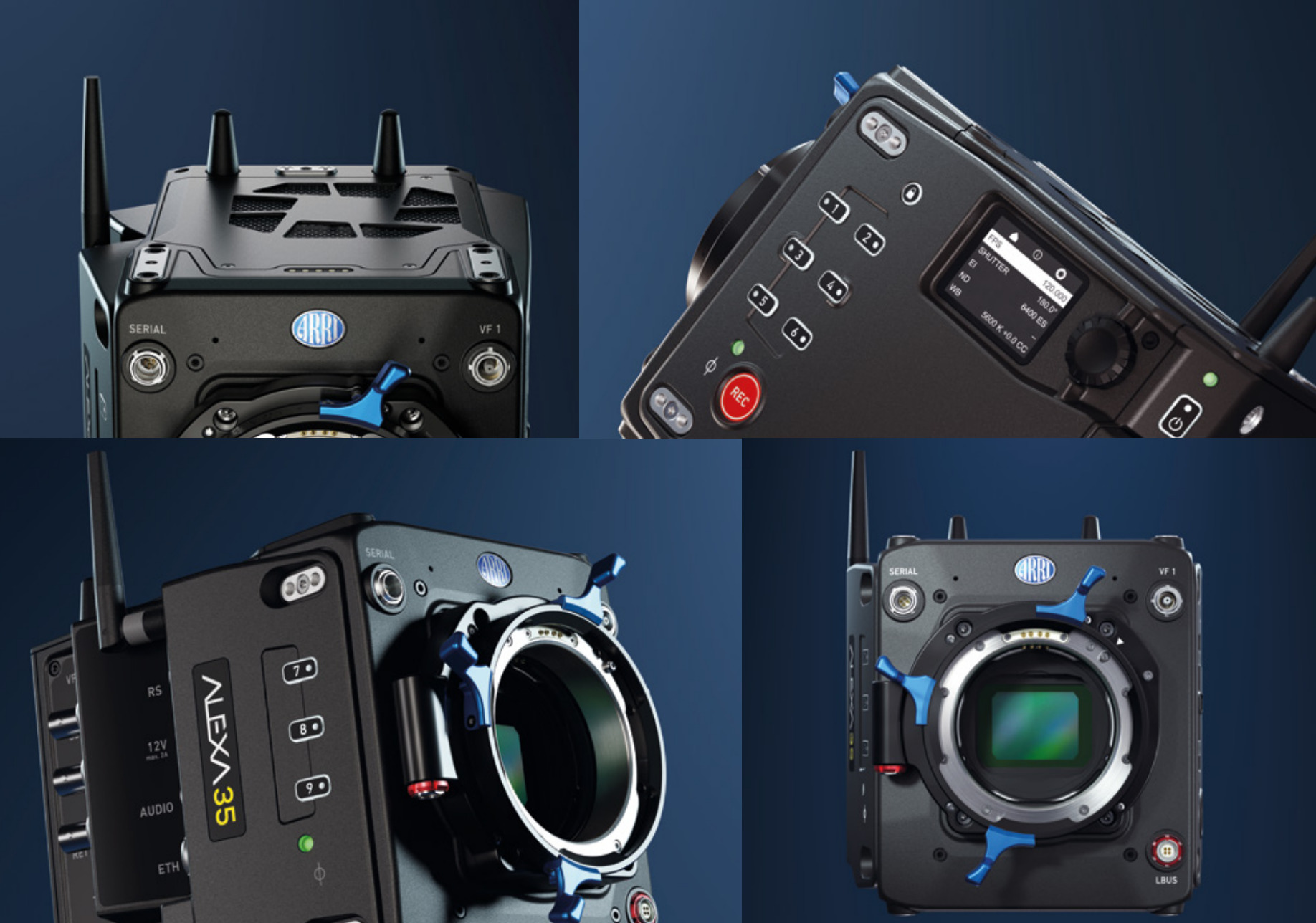 Rumor has swirled about ARRI and their next camera. Keep in mind that ARRI has a sensor that is so good they’ve used it for twelve years. ARRI stitched that sensor together for large-format cinematography with the ALEXA 65, LF, and LF Mini.

Along with the ALEXA 35, ARRI delivers the new REVEAL Color Science that takes full advantage of the ALEXA 35’s sensor image quality and provides a fast, simple workflow, while ARRI Textures enhance in-camera creative control. Seriously, that ARRI Texture looks incredible. I get the sense that ARRI talked to cinematographers to find a way to control their intended image from acquisition through post. A big part of that discussion seems to have been to talk about adding texture to an image early within the image pipeline.

ALEXA 35 measures 17 stops of dynamic range, far more than any other digital cinema camera. Filmmakers gain 1.5 stops in the highlights and a stop in the shadows over previous ALEXA cameras while retaining the natural, film-like highlight roll-off. Let’s be real for a minute; many camera manufacturers state their camera’s dynamic range is this or that, and we all know some fudge the actual dynamic range. With ARRI, they tend to have the most dynamic range and what they say is what the camera delivers.

Interestingly, the dynamic range of the ALEXA 35 was great enough for the sensor to pick up stray light bouncing around inside between the lens and sensor. So ARRI developed a sophisticated stray-light suppression system to make sure that the full character and contrast range of each lens is captured. Together, the increased dynamic range and stray light control make it easier to handle any lighting conditions on set, increase flexibility in post, and provide the best possible source for HDR (High Dynamic Range) projects.

More sensitivity Up to EI 6400, with lower noise

For the first time, an ARRI goes up to 6400. ARRI is calling the ALEXA 35 a “High ISO” camera. The ISO sensitivity settings range from 160 to 6400. ARRI also introduced an optional Enhanced Sensitivity Mode that can be applied to settings between EI 2560 and EI 6400, producing an even cleaner image in low light. Just know what the ALEXA 35 is doing in Enhanced Sensitivity Mode is taking the noise from the other half of the shutter; when the camera does not record an image and takes the noise difference between the two and reduces the noise in the kept image. That might have been a poor explanation of it all. Just know that fast-moving details in the frame may have a touch of ghosting when using the Enhanced Sensitivity Mode. ARRI has made sure to state this clearly upfront.

According to ARRI, the exceptional sensitivity, combined with the wider dynamic range and truer contrast, allows ALEXA 35 to capture the most delicate nuances of light and shadow in a wider range of shooting situations. I feel like having a camera with clean images up to 6400 ISO is what many shooters need in a camera.

Color is something ARRI does well. Red is a color many digital cameras struggle to control or accurately reproduce without losing detail in over-saturated areas. The ALEXA 35 does color even better. Interesting, one of the promo videos shows a lot of use of the color Red. Think neon signs and car brake lights. Arri introduced alongside the ALEXA 35 the REVEAL Color Science, which is the collective name for a suite of image processing steps that, along with the new sensor, help the camera to record more accurate colors with subtler tonal variations.

Skin tones of all types and colors are rendered in a flattering, lifelike way. Highly saturated colors such as those in neon signs or car brake lights are captured with incredible realism, as are typically challenging colors like cyan, burgundy, and pastel shades. Overall, the true-to-life color fidelity and amazing sensor resolving power make for beautiful, immersive images.

ARRI Textures provide cinematographers with a new and unique way to exert greater creative control on set. A texture defines the amount and character of grain in an image and the amount of contrast at different levels of detail, perceived by the viewer as sharpness. Previous ALEXA cameras were pre-programmed with a default texture, but with ALEXA 35, cinematographers can now choose from a menu of custom ARRI Textures, either to suit a specific shooting environment or to hone their look. This allows cinematographers to fundamentally alter how the camera records images, much like selecting a film stock.

Super 35 is not, in fact, dead. Personally, I like Super 35, and I think there is a place for large format cinematography. What I like about Super 35 is the near-century of lenses available to cinematographers. The ALEXA 35’s Super 35 4:3 native 4K sensor can be used with modern, vintage, anamorphic, spherical, larger format, and Super 35 lenses. Lenses are some of our greatest tools, and the more options you have, the more opportunity you have to create a unique and interesting look.

4K streaming mandates dictate what our cameras deliver. In other words, the tech behind our viewing choices informs the tech behind our newest and latest cameras. The same thing happens in music. For example, sounds that sounded best on a car radio in the 50s changed music as much as large boom boxes did later in the 20th Century. What ARRI is doing is giving Filmmakers options and flexibility to be able to fulfill just about any 4K mandate with a total of 19 recording formats. 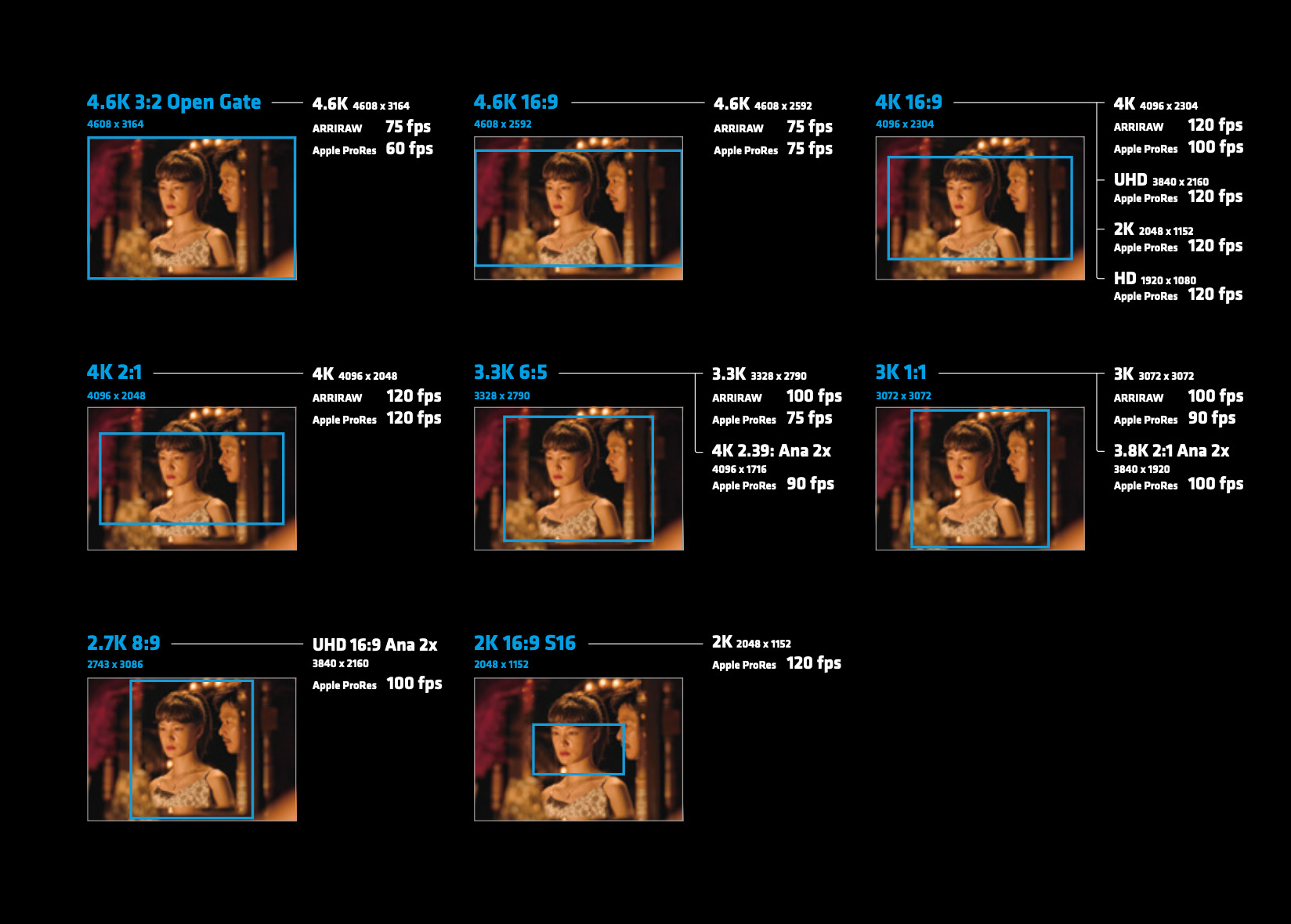 Fast and easy to use

First off, has anyone ever questioned ARRI’s dependability or reliability? I can’t think of a single time I’ve heard anyone complain about an ARRI or their accessories. ARRI makes tough cameras that last a long time. That toughness is now packaged in the small, for ARRI, ALEXA 35. Crews familiar with ARRI menus and systems should be intuitively familiar with the simple menu structure. Temperature resistant, splash and dust-proof, and conceived with future hardware and software updates in mind, ALEXA 35 appears to be a damn good A-camera, B-camera, and drone or gimbal camera on the market, all rolled into one.

Support for any situation

ARRI has a great line of support equipment for their cameras and the ALEXA 35 comes with a new line of bespoke accessories that expand the camera’s capabilities and ensure maximum speed and versatility on set. Closely integrated electronic accessories offer additional power outputs or extended audio features. A complete new set of mechanical support items provides flexible options for any situation, scaling quickly and easily from a small and lightweight setup to a full-blown production configuration. ALEXA 35 is available in sales sets that group together components suitable for different shooting styles and production types, with further accessories and system options facilitating countless setups. 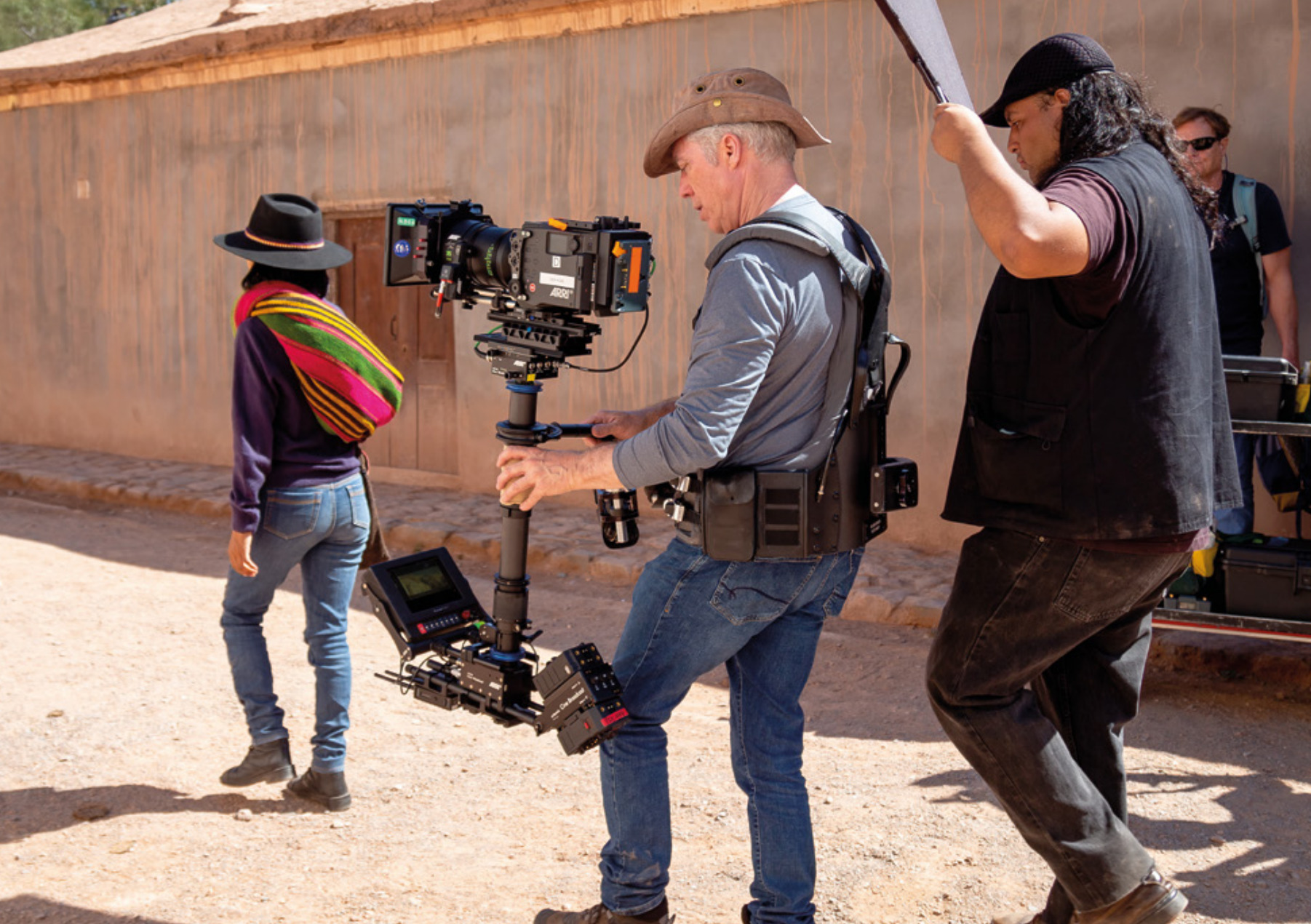 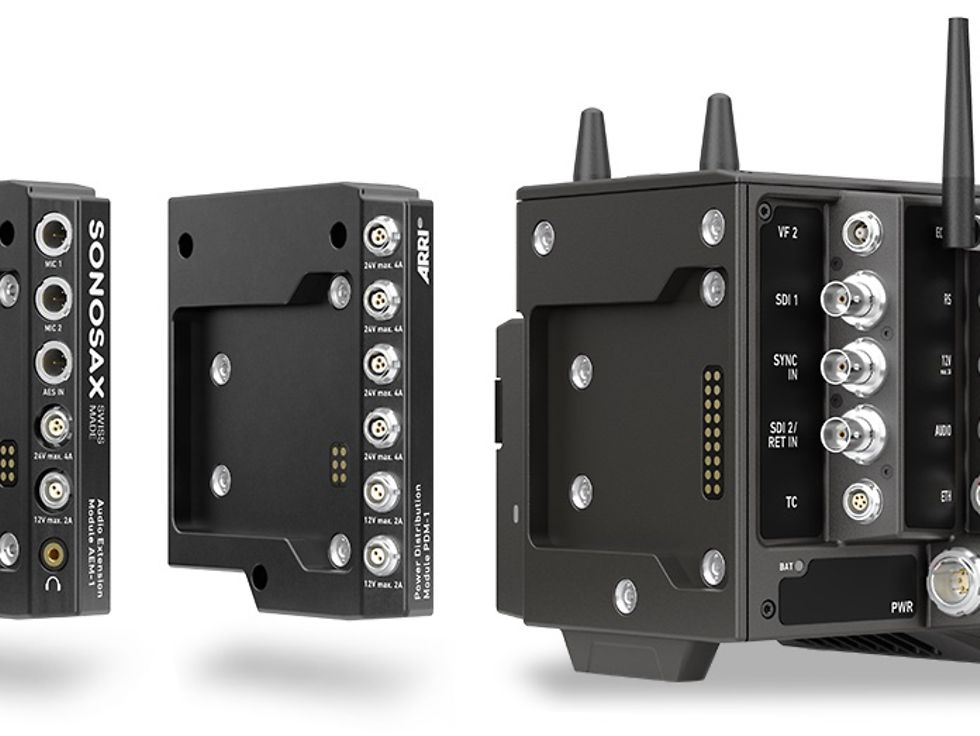 The color and dynamic range of the ALEXA 35 looks like a huge step into the future of camera technology. ARRI makes the best and know that the best may not be what you need for your shoot. A great camera does not make great images, you do. 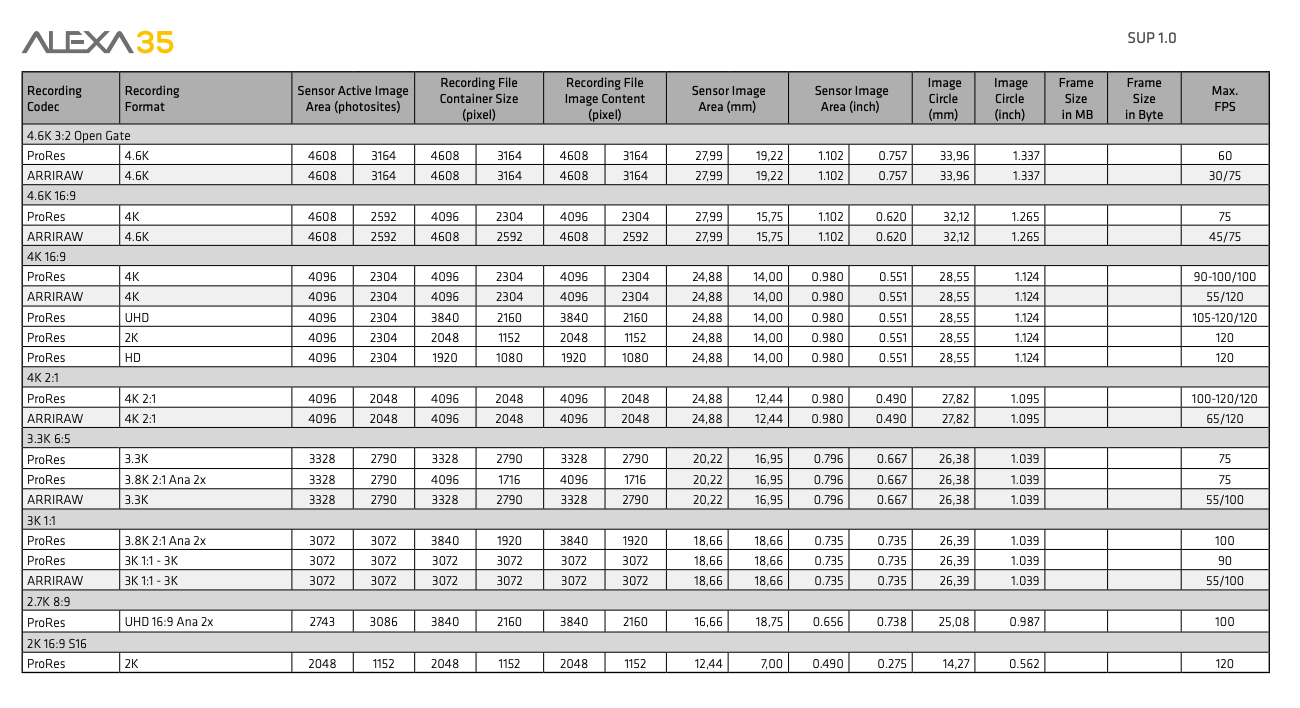