Send and receive commands from 30 feet away

AT NAB 2017, Blackmagic announced all URSA Mini Pro cameras feature built-in Bluetooth, but it hasn’t been enabled until now. The built-in Bluetooth allows shooters to send/receive commands from up to 30 feet away. To make the new Bluetooth support even more flexible, Blackmagic Design has developed a new open protocol and is publishing a developer API, along with sample code, for customers that wish to build their own camera control solutions.

With a fully open API and developer support for URSA Mini Pro Bluetooth, owner/operators can go beyond the basic idea of the app. They can also build an iPad application to remotely adjust camera settings and motorized lenses while the camera is mounted on a crane. Even more, computer savvy shooters could even build an application that uses the camera’s built-in DaVinci Resolve color corrector so that images can be graded live during a shoot.

With the new Bluetooth feature to be enabled in the URSA Mini Pro new workflows are also possible. An example of this is that multi-cam shooters can mount Blackmagic URSA Studio Viewfinders on multiple URSA Mini Pro cameras to create a live multi-camera shooting scenario, however, instead of connecting to a switcher, an iPad can trigger all cameras to record to their internal media with matching metadata. This means the media can be later edited using DaVinci Resolve 14 multi-cam editing to work as fast as live production yet end up with a more refined finished piece. 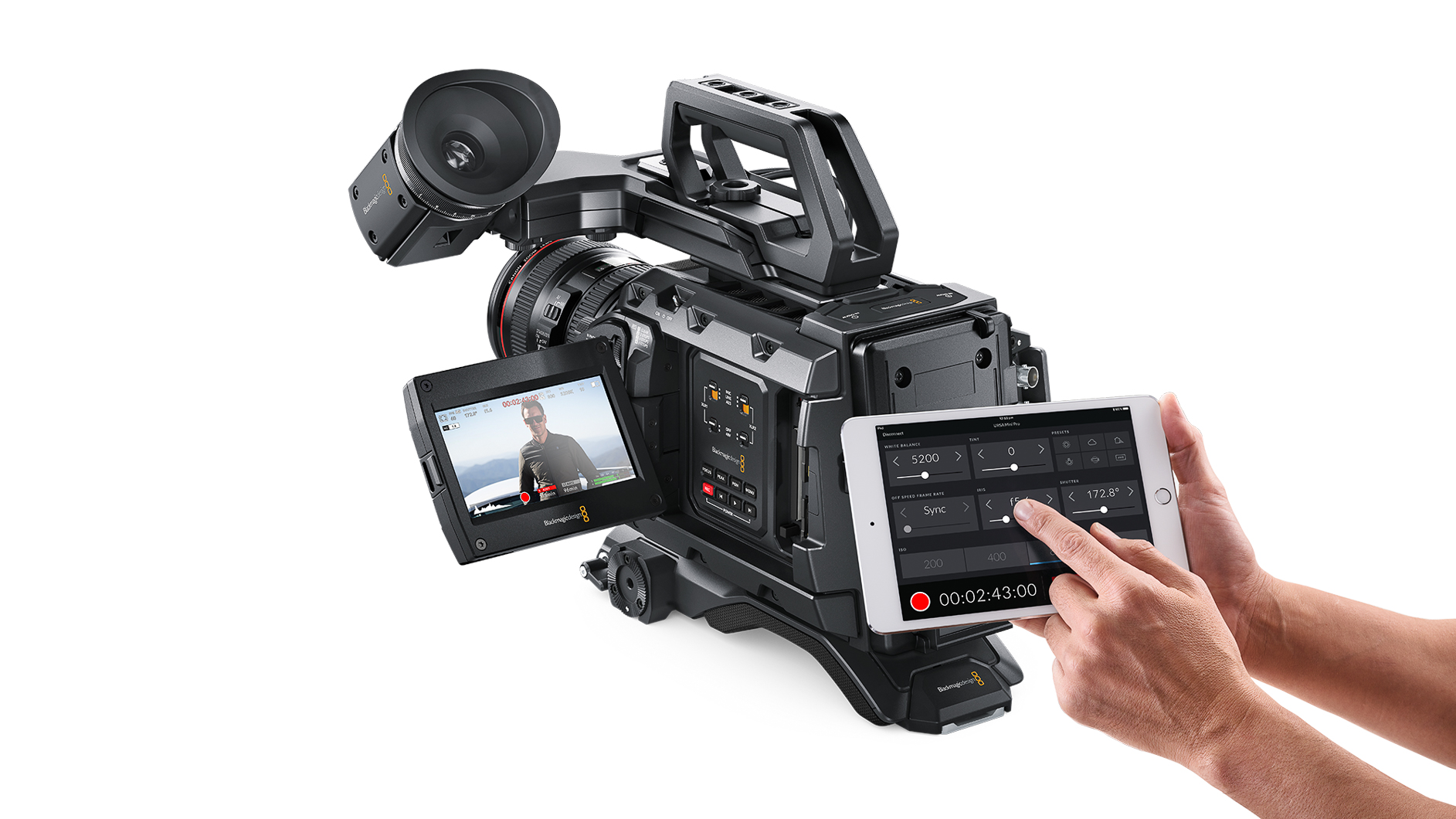 Camera 4.4 update, which will support the URSA Mini Pro Bluetooth API and sample code will be available in June 2017 as a free download from the Blackmagic Design website for all existing URSA Mini Pro customers. 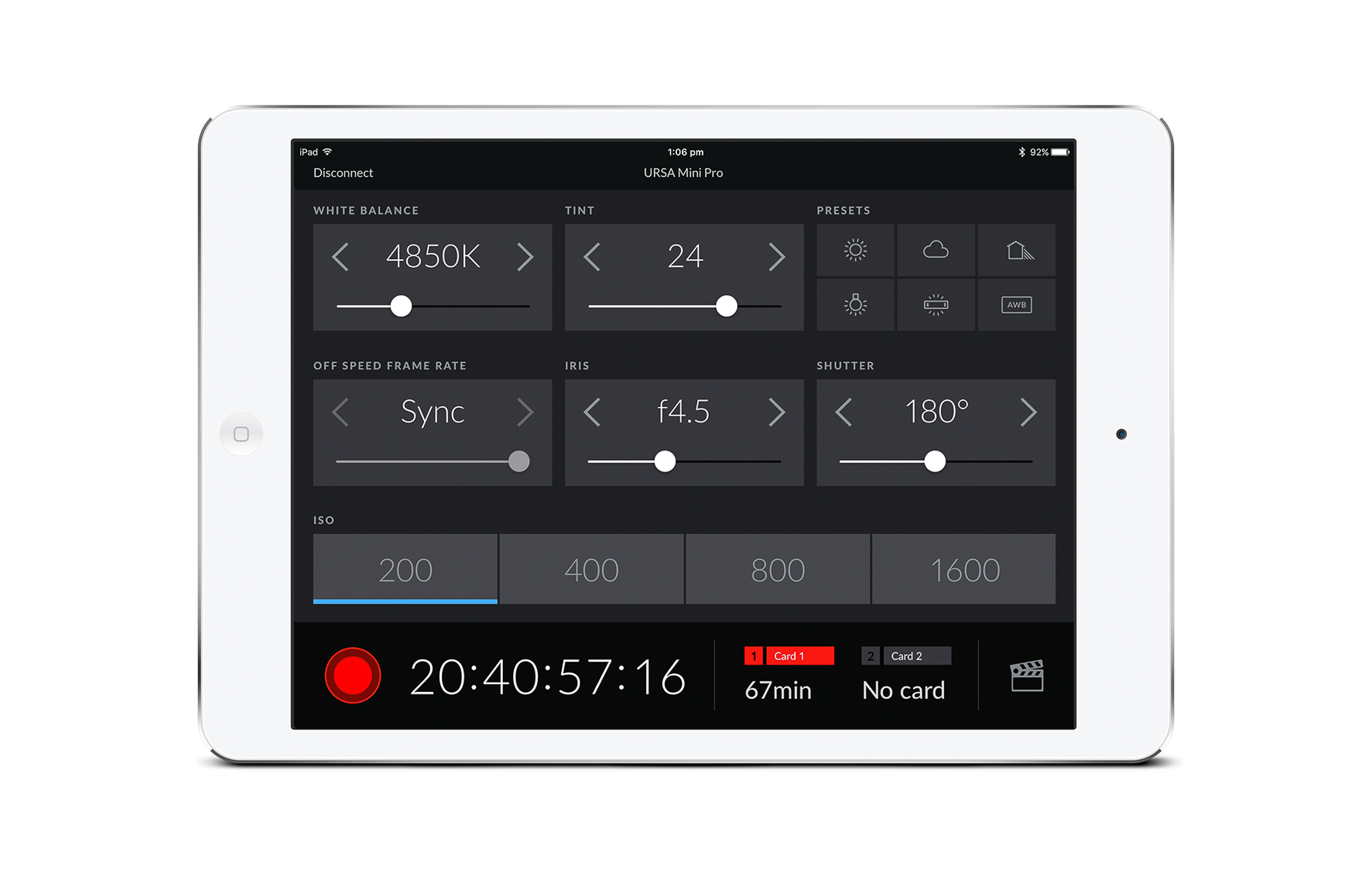