3D lighting in After Effects can be powerful, subtle…and confusing. 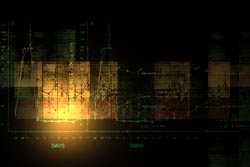 The 3D implementation in After Effects is very flexible. You can selectively place some layers in 3D space, and leave others in normal 2D. If you don’t create a camera, the composition reverts to a default camera. If you do create a camera to fly around your 3D layers, you don’t need to create lights – by default, the layers keep their original colors, as if perfectly illuminated. Or, you can add 3D lights to your composition.

Lighting is probably the most subtle and powerful aspect of 3D in After Effects, as it can create wonderfully moody shifts in brightness and color, as well as “automatic” shadows without needing to tweak Drop Shadow effects for each layer. Lighting is also probably the least understood aspect of 3D in After Effects. Therefore, we’re going to spend the next few columns discussing lighting tips and tricks, starting this column with the basics: the differences between – and uses of – diffuse, specular, and ambient lighting effects.

Lights have an Intensity property, which controls how bright they are. However, when a layer calculates how brightly it is illuminated, it is adding together up to three different illumination properties – Diffuse, Specular, and Ambient – rather than using just one simple intensity value. 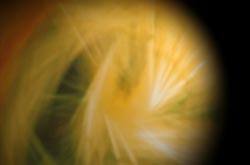 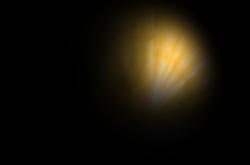 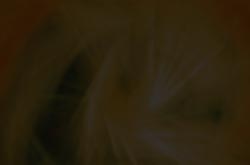 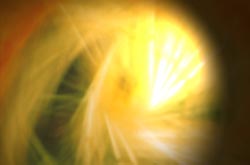 A layer adds together the result of diffuse (top left), specular (top right), and ambient (above left) lighting effects to determine its final illumination (above right). These effects can add up to more than 100%, resulting in blown-out hot spots. Image from Digital Vision – Edge of Awareness.

It Takes Two to Tango

The next concept to understand about lighting in After Effects is that the end result is not controlled just by the light: The Material Options of the layers receiving the light are at least as important, as they interact with the light’s own Options. Some users leave the Material Options at their defaults and try to achieve their desired result by manipulating just the lights – but by doing so, you’re tying one arm behind your back.

To reveal a layer’s Material Options, select it in the Timeline window and type AA (two A’s in quick succession). You will see parameters for Ambient, Diffuse, and Specular, which control the balance between the three types of illumination we just discussed. Ambient defaults to 100%, which means it accepts the full power of any ambient-type lights you have added to a comp. If you don’t want a layer to receive ambient illumination, reduce its Ambient Material Option to zero.

What if you have a layer or two that you want to be perfectly illuminated, regardless of how lights are interacting with the other layers in a comp? The simplest approach is to switch its Accepts Lights parameter to Off. This doesn’t mean the layer goes dark; the result is the same as if there were no lights in the composition (resulting in default illumination), but only for this layer.

After Effects Goes to 11

Part of the subtle power of lighting in After Effects is that illumination can go beyond 100%. You can increase a light’s Intensity beyond 100%, and also adjust a layer’s Diffuse and Specular Material Options to add up to more than 100%.

If the angle between the light, layer, and camera is not perfect, the result is less than 100% of the available light being bounced back to the camera, and the layer appearing darker than normal when using the default settings for lights and layers. To cure this, just increase a light’s Intensity until the layers are bright enough again. 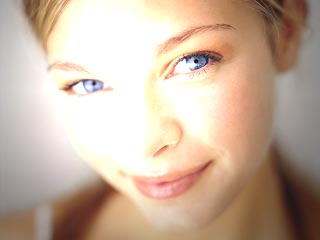 The real fun comes in creative uses of “blowing out” portions of a layer by cranking up the overall illumination; an example is shown at right. Increasing the Diffuse and Specular values to add up to greater than 100% result in interesting color shifts in the hot spots, as their individual color channels increase in value and clip at 100%. Radically increasing a light’s Intensity results in highly stylized versions of the original imagery. The results are similar to use the Add transfer mode to combine layers.

Two additional Material Options have an effect on how specular highlights are calculated: Shininess and Metal.

Shiny objects have smaller, tightly-focused highlights. The default Shininess value is a very broad (and unexciting) 5%, making the Specular lighting effect of a layer look almost identical to the Diffuse lighting effect. To get a more classic highlight, set Shininess to 50% or higher. Ironically, this will make a layer appear darker, as the additive specular effect will not be spread so broadly across a layer. Therefore, it’s a good strategy to set the Diffuse value close to 100%, and then adjust the Specular value depending on how blown out you want the highlight to be.

In After Effects, a layer’s Metal Material Option defaults to 100%, which means the highlights are similar in color to the layer itself. However, if the layer has a dark color to start, and the specular highlight is the same color as the surface, it’s very hard to brighten this layer with lights. An extreme example of this is black text. To add a harsh glare, or to see a light’s color more strongly on a layer, reduce the layer’s Metal value. 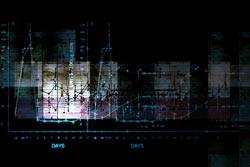 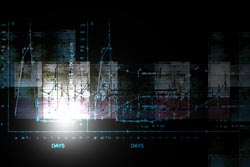 When a layer’s Metal parameter is set to 100% (the default), specular highlights have a similar color as the underlying layer – which can be a problem is the layer is predominately black (upper left). Decreasing the Metal value increases the influence of the light’s color, resulting in a “glare” effect (above). This also heightens the effect of colored lights on dark surfaces (left). Image from EyeWire/Getty Images – Discovery.

The Material Options are so important, it would nice if there was an easy way to copy all of them from one layer to another – but there isn’t. To copy individual parameters, reveal the Material Options in the Timeline window, select the property you want by clicking on its name (not its value), and copy. Remember you can Shift+click to select a contiguous set of properties, or Command+Shift on Mac (Control+Shift on Windows) to select specific properties that are not adjacent to each other. Then select the layer you wish to receive these values, and paste.

Another approach is to use Expressions to set up one layer as a “master material” for other layers. Create a new solid, and give it a descriptive name you don’t plan to change later, such as Text Master Material (changing this name later will break the expressions you’re about to create). Turn of its Video Switch to make it invisible, and reveal its Material Options. Then reveal the Material Options for the layers you wish to slave to this master, Option+click (Alt+click) the animation stopwatch for the property you wish to slave, and use the pick whip to select the same property for your master material layer. Change the Material Options values for the master, and the slaved layers will follow.

You should now have a basic understanding of how 3D lights and layers interact in After Effects, including what parameters to experiment with to get a specific change in illumination or shift in color. In the next column in this series, we will discuss shadows, including how to control their size, sharpness and color.