Overnight Blackmagic Design released the new user interface and operation system for the URSA Mini out of Beta. Firmware 4.0 is official. Funny thing is the 4.0 Beta and 4.0 Beta 2 of the URSA Mini firmware worked so well I barely saw anything wrong or needing another look. Blackmagic Design says firmware 4.0 is the “other half” of the URSA Mini. I have both the 4.6K and 4K URSA Mini on hand and I can attest to their statement. The new UI / OS definitely helps to elevate the overall shooting experience with these cameras. If you have not updated or tested the Beta UI/OS, I would do so as soon as possible.

Interestingly, the new operating system in which each camera feature runs as a separate app. This gives you great stability and means Blackmagic will be able to add new features down the line. The great thing is, this firmware works for both URSA Mini cameras: the 4.6K and the 4K, however, some of the features will only appear in the 4.6K URSA Mini. For example, only the 4.6K URSA Mini allows 3K Anamorphic shooting.

Both the 4.6L and 4K  URSA Mini gain a much friendlier heads up display. You can see an example above. This update allows a shooter to access key settings straight from the LCD monitor instead of diving through the menu. This also means one can change White Balance, Iris, FPS, Shutter, Audio Levels, and ISO setting right from the LCD screen. When shooting this way the URSA Mini becomes very easy to operate. Yet, hand-held shooting allows some setting changes too.

Blackmagic has enabled to F1 and F2 buttons to be assigned. You can trigger presets, turn on / off features with the buttons, or you can cycle through setting by repeatedly tapping the button to find the right settings. You can turn Off-Speed Shooting on / off. You can cycle through project FPS. One of my favorites is the ability to cycle through the ISO Settings. This is the first time we have this option as an outside button and not a menu dive. Other settings which can be changed from the function buttons are: shutter, ISO, White balance, FPS, Off-speed shooting, and more.

Originally, I did not think I would use the import LUTs feature, but I have turned to it more than expected. This is how it works. You can export, or create and then export, a 3D LUT from DaVinci Resolve and you save it to your CFast 2.0 cards. You put the card with the LUT on it into your 4.6K URSA Mini and you import it. This gives you the option to use this newly imported 3D LUT for your monitoring on you LCD or EVF. One can even use the LUT on the SDI out on the 4.6K URSA Mini. 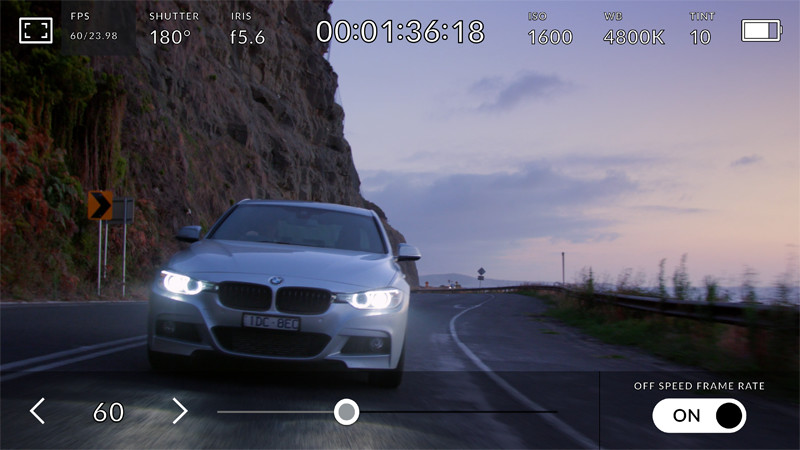 For users updating from 4.0 Beta or 4.0 Beta 2, it is advisable to export your presets and LUT’s onto a card as they will be removed during this update. 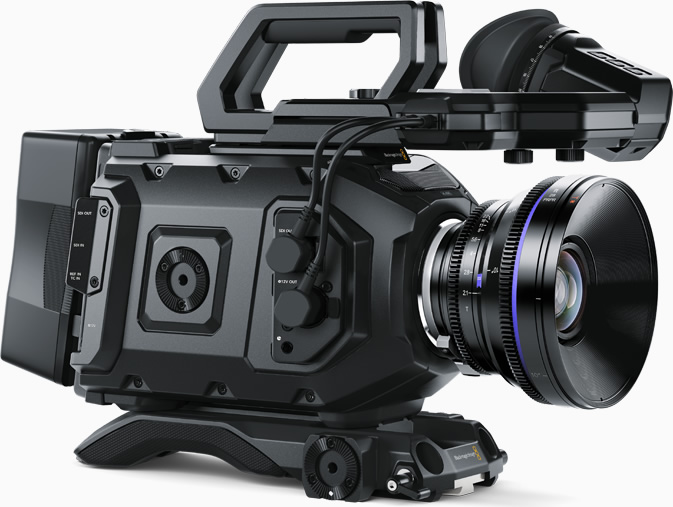 About the Blackmagic URSA Mini.

The URSA Mini 4.6K Digital Cinema Camera from Blackmagic Design is a Super 35mm camera capable of recording 15 stops of dynamic range. The ergonomic body design  is easy to adapt for hand-held shooting as well as capable of being built into whatever studio configuration needed to get the shot. The EF-mount is compatible with a ton of lenses from the DSLR world opening up different aesthetic options. With the shoulder kit, the camera becomes a great run and gun shoot on the quick camera needed for documentary work. 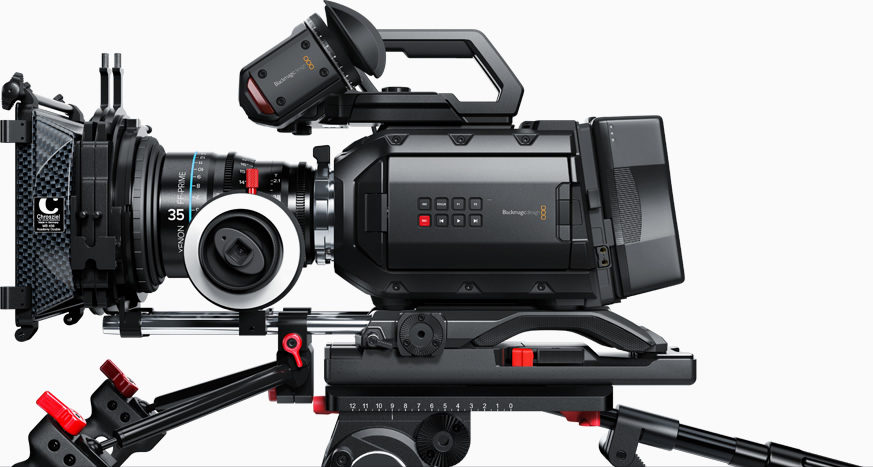 For more flexibility in post, the URSA Mini can record raw sensor data in the CinemaDNG format onto CFast 2.0 memory cards at up to 60 fps. The raw files preserve the full dynamic range and color tonality output from the sensor so you can have greater control over the look in post-production. Yet, these files can require so serious heavy lifting in post, so the 4.6K URSA Mini provides compressed raw recording at 3:1 and 4:1 compression ratios to help save space on the in-camera media as well as giving post-production flexibility.

The URSA Mini also records UHD (3840 x 2160) and 1080p video using ready-to-edit ProRes files in many different flavors within the 444 and 422 chroma subsampling variations depending on your workflow. Starting at the high end, UHD footage can be recorded in ProRes 444 XQ at a rate of 312.5 MB/s all the way down to 1080p in a ProRes 422 Proxy file coming in at a relatively paltry 5.6 MB/s data rate. Since the camera accepts dual CFast cards, you can record for long periods of time by having the camera switch cards when one is full.

Power for the URSA Mini can be supplied via a 4-pin XLR jack at the rear of the camera. With an optional plate, the URSA will accept professional V-Mount or Gold-Mount batteries on the back. Once connected to power, the URSA can even distribute power through a second 4-pin XLR jack.