This is some random thoughts as I sit here and listen to the Blackmagic NAB 2019 press conference. Specially I’m curious about Resolve and the big Resolve 16 banner that is the “revolution in editing.” 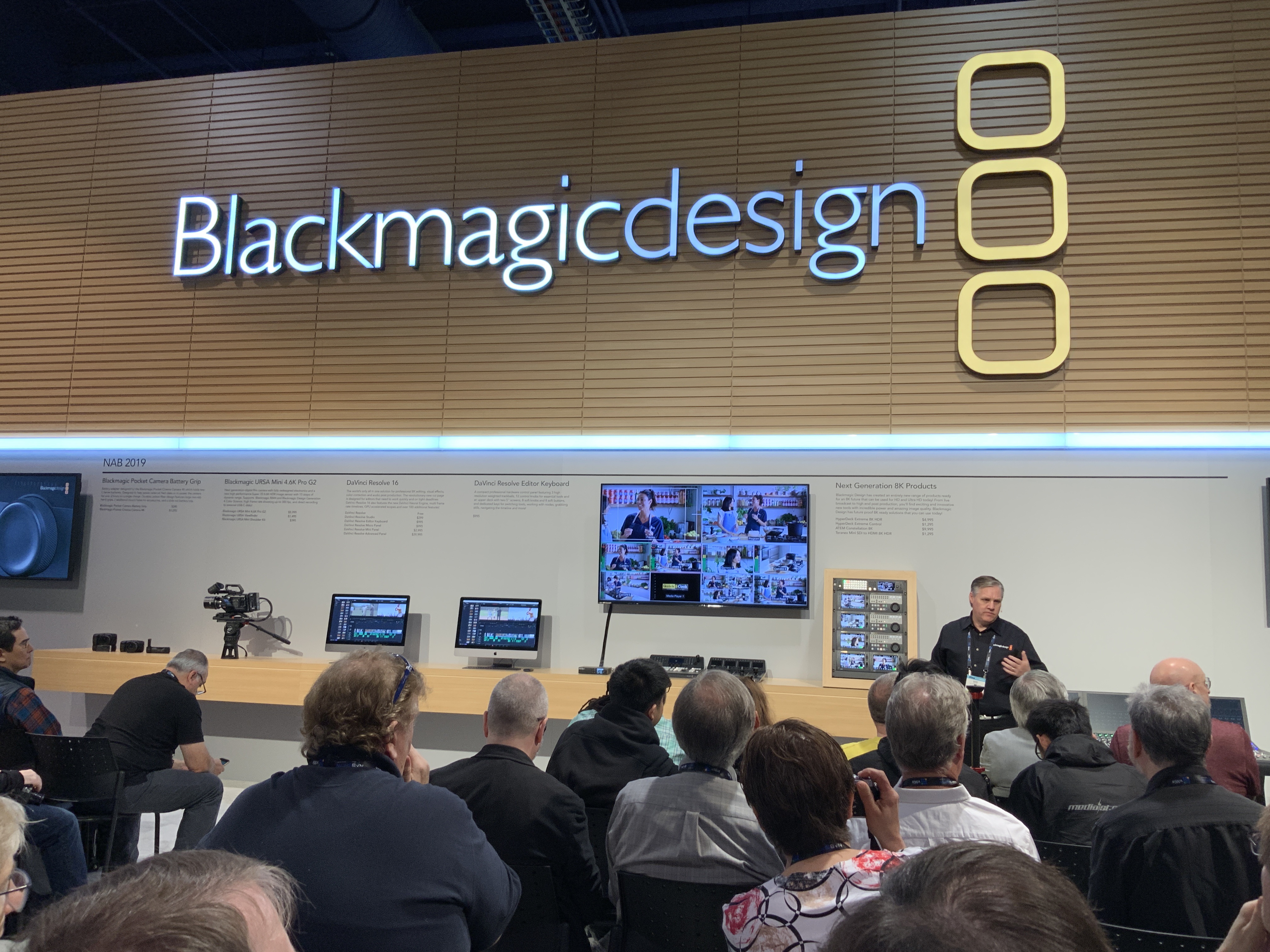 As have seen in banners around NAB this far it’s 8K all the way. No surprise as there is always something that is all the buzz.

These are the features that are listed on the Resolve 16 panel on the wall of the BMD booth.

There is a live stream of the press conference on the BMD site.

Switchers, boxes and most everything BMD is doing is going 8K. 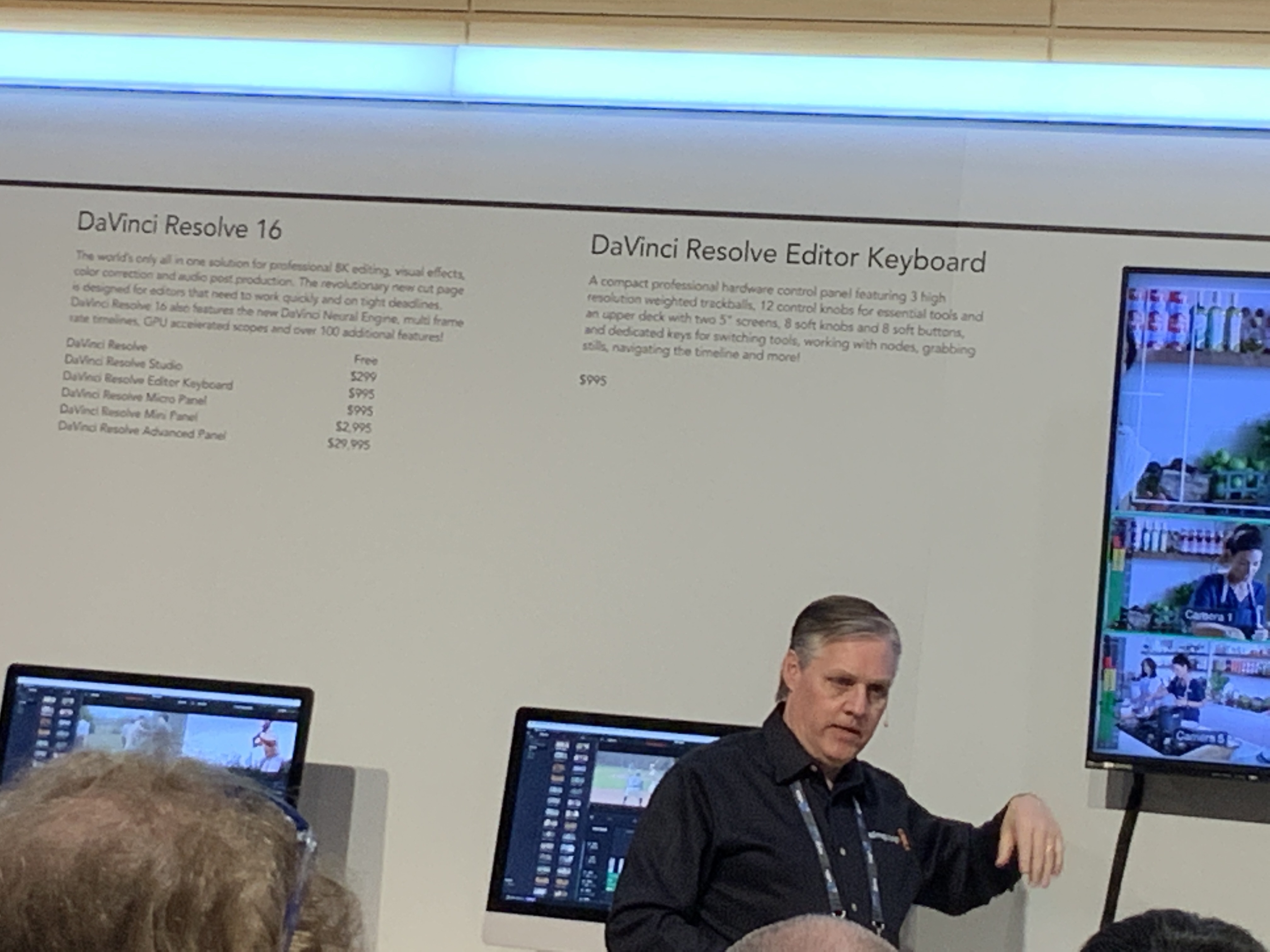 CEO Grant Petty is talking about how they are rethinking about the way people are editing. They are looking at ways to eliminate waste. Lots of clicking and scrolling. The want to apply the idea of “removing waste” to editing. They have a new CUT page. It’s all about speed. This sounds great but the proof will be in the pudding.

Main rule of cut page: “everything has to do something.” Controls have to be obvious. The Cut page should work great on laptops.  It has a dual timeline for quick navigation. 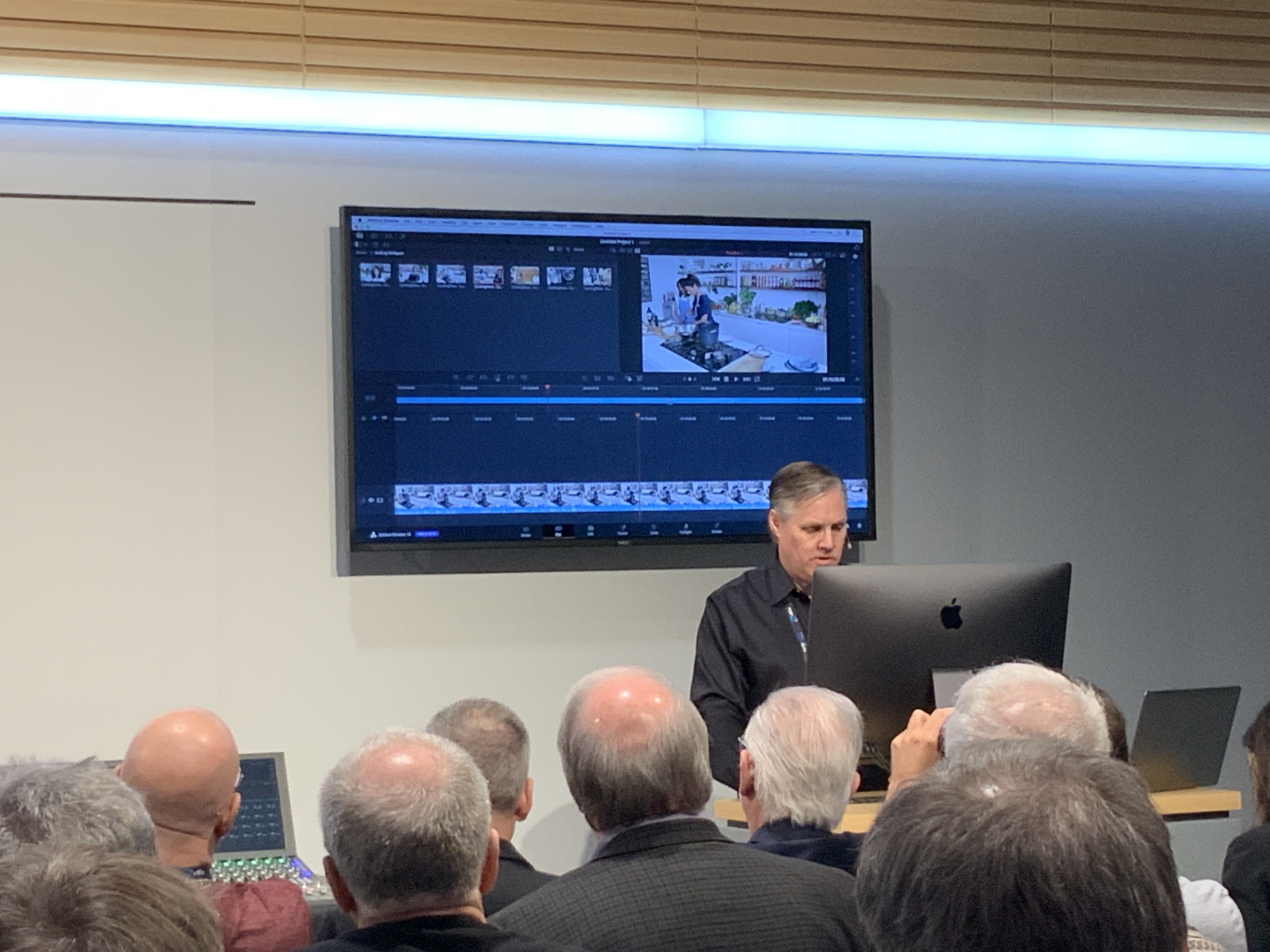 That second timeline isn’t a “fancy scroll bar” as it does things.

And my wife just texted me from back home and my 13 year old dog just died. That’s going to damper the spirit of my week.

The Viewer has some interesting updates in this Cut page. Looks like some nice rethinking. Is it going to “revolutionize” editing? I dunno. Maybe.

It’s sort of like just a single viewer editing mode. Kinda FCPX or maybe even Adobe Prelude like. Grant is mentioning speed and how no one has the time to do a good job editing anymore! Amen. 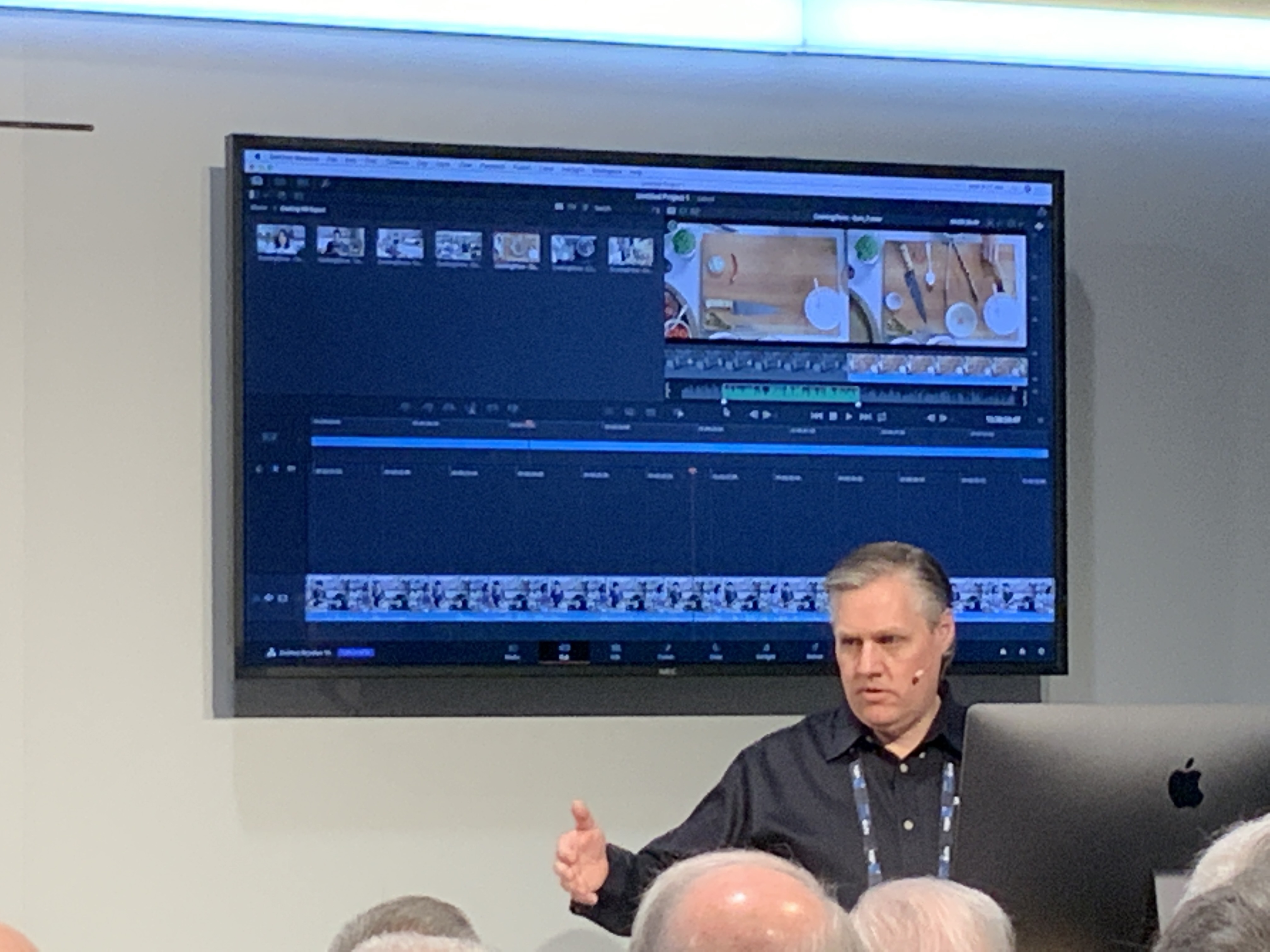 That second timeline thing reminds me of the FCPX timeline view thing on a new Mac laptop Touch Bar.

This Cut page is “trying to be intelligent. Trying to do extra stuff for you.” Is that a good thing? Remains to be seen. What is good for an engineer might not be good for an editor.

There is a new button called “source tape” that seems to put all clips in to one source clip/timeline/reel kinda thing. That could be quite useful but then again that’s part of the whole reason for that first level of logging to eliminate a lot of the most useless stuff. Maybe use that Source Tape option to get to a good select sequence. 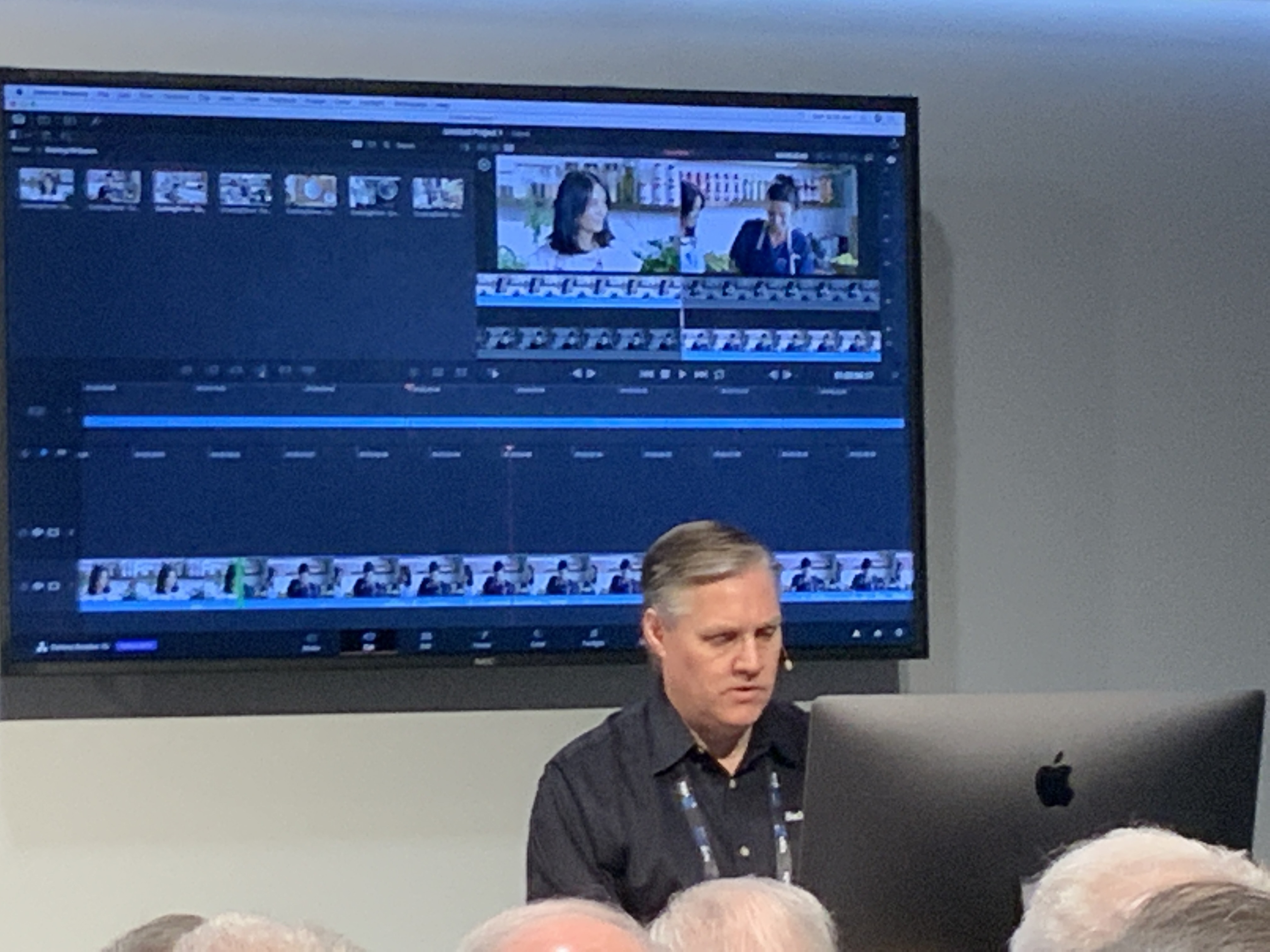 Hmm.. that’s looks like the FCPX Precision Editor on the upper right. Not exactly sure what that is all about.

It does look fast. All the Resolve pages now have Deliver built in.

There is talk of “editing cultures” and now 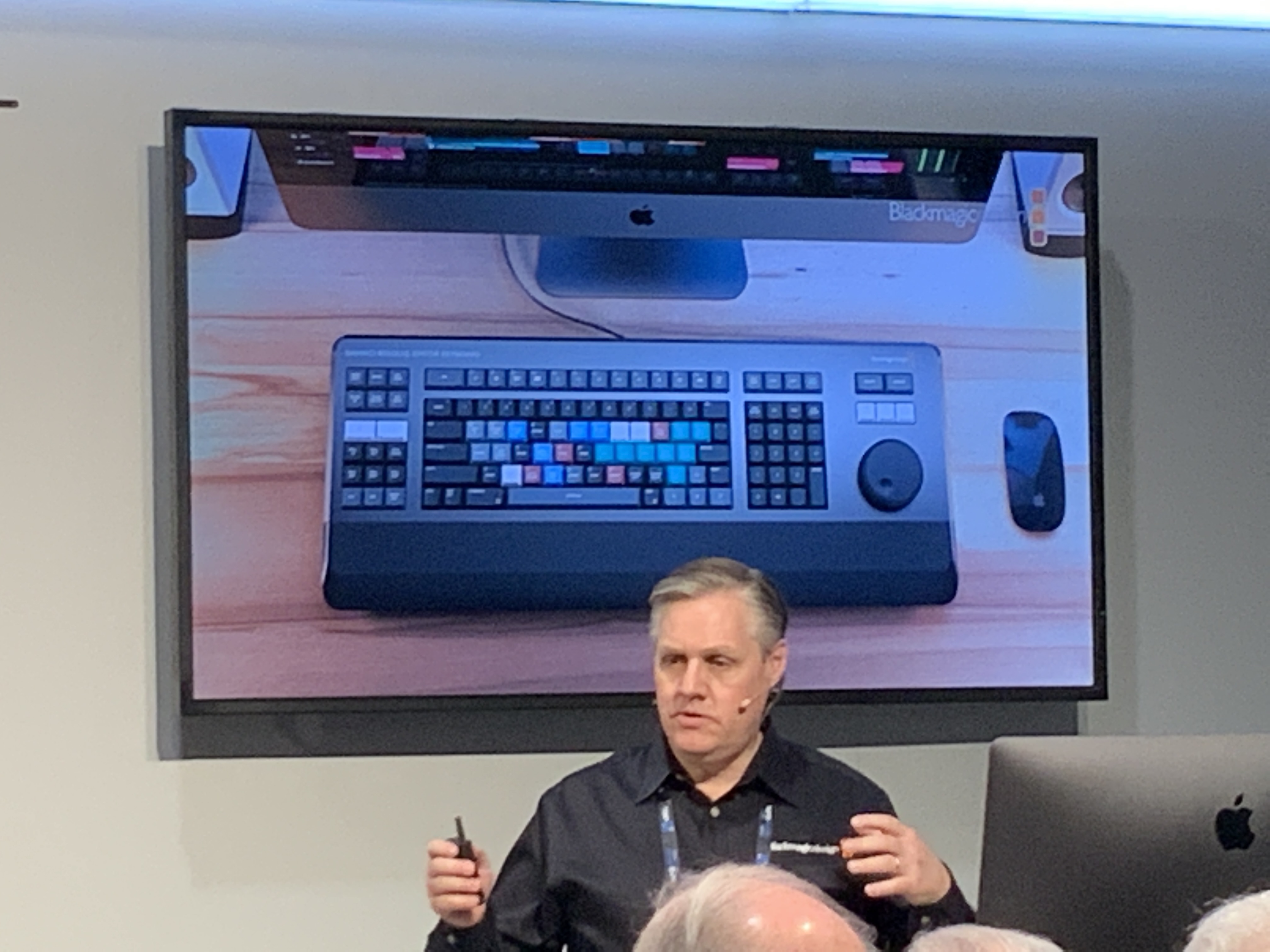 There is the new editing keyboard. It looks to be way more than just colored key caps. But I see the jog dial and I think about how many controllers there are out there and those just don’t seem super useful in the non-linear world. But a lot of other keys are nice. 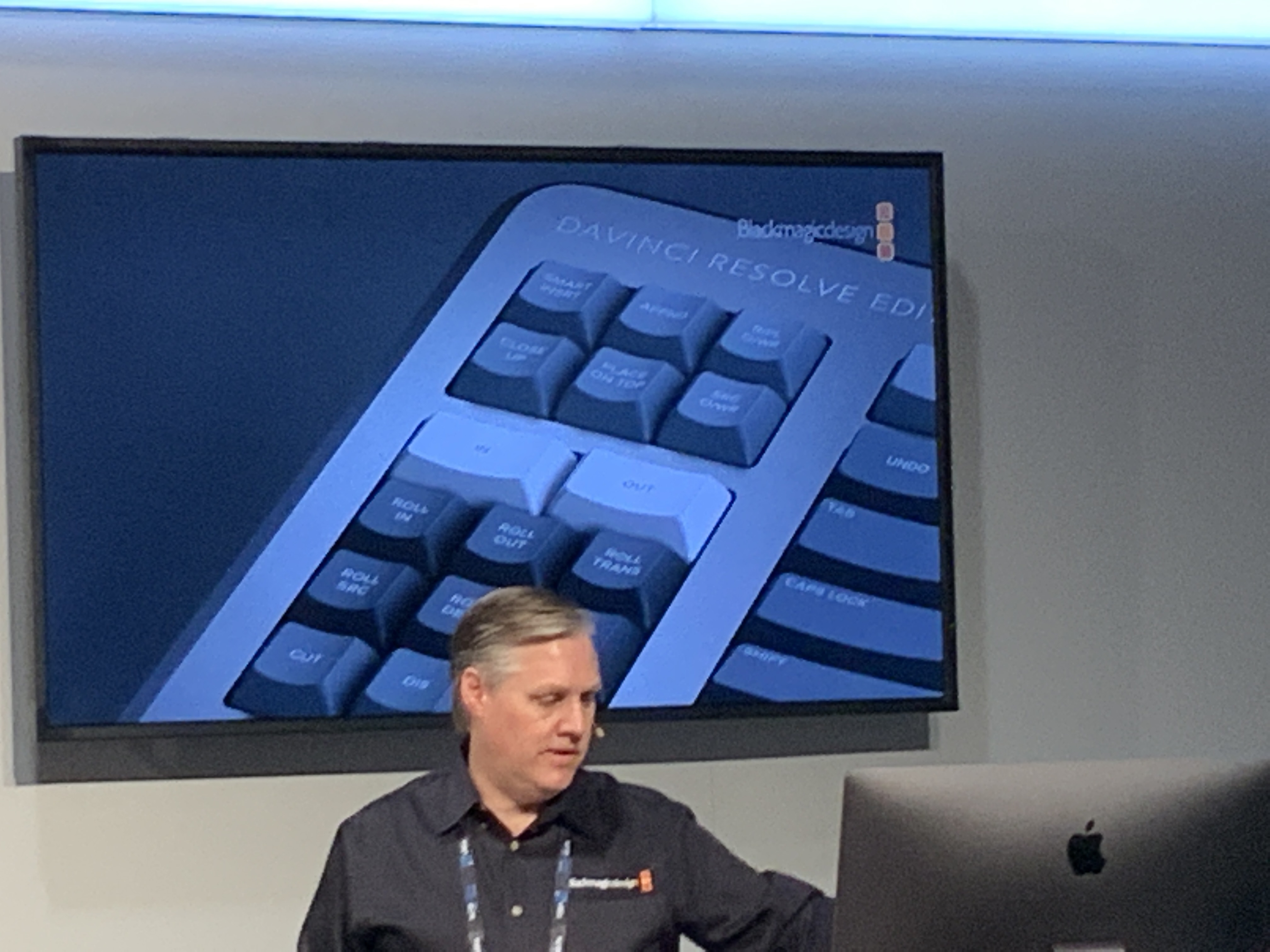 It’ll be fun to play with something that has those dedicated edit buttons instead of just re-mapping existing buttons.

It’s metal, repairable and designed to be long term. He is demoing the job/shuttle options and it looks to scroll nicely. I hope there is a button to quick zoom the timeline in and out. Grant REALLY like this new Source Tape concept as he is demoing this keyboard. He’s mentioned the importance of having both hands on the keyboard. Yep.

The “search dial” isn’t just for jog/shuttle as it can be used to roll and trim your edit points. That’s great to give it lots of functionality.

I’ve said it before and I’ll say it again but the speed with which the Resolve engineers are updating this software is insane.

Here are other highlights for other changes in Resolve 16:

– new timelines with custom settings within the same project

– Object Removal is new in the Color page. Create a mask, track it and the neural engine will try to remove the object by creating a new background

– A lot of ways to change scope settings

– Audio! Fairlight has new ADR elastic wave tool to stretch and move around the waveform. 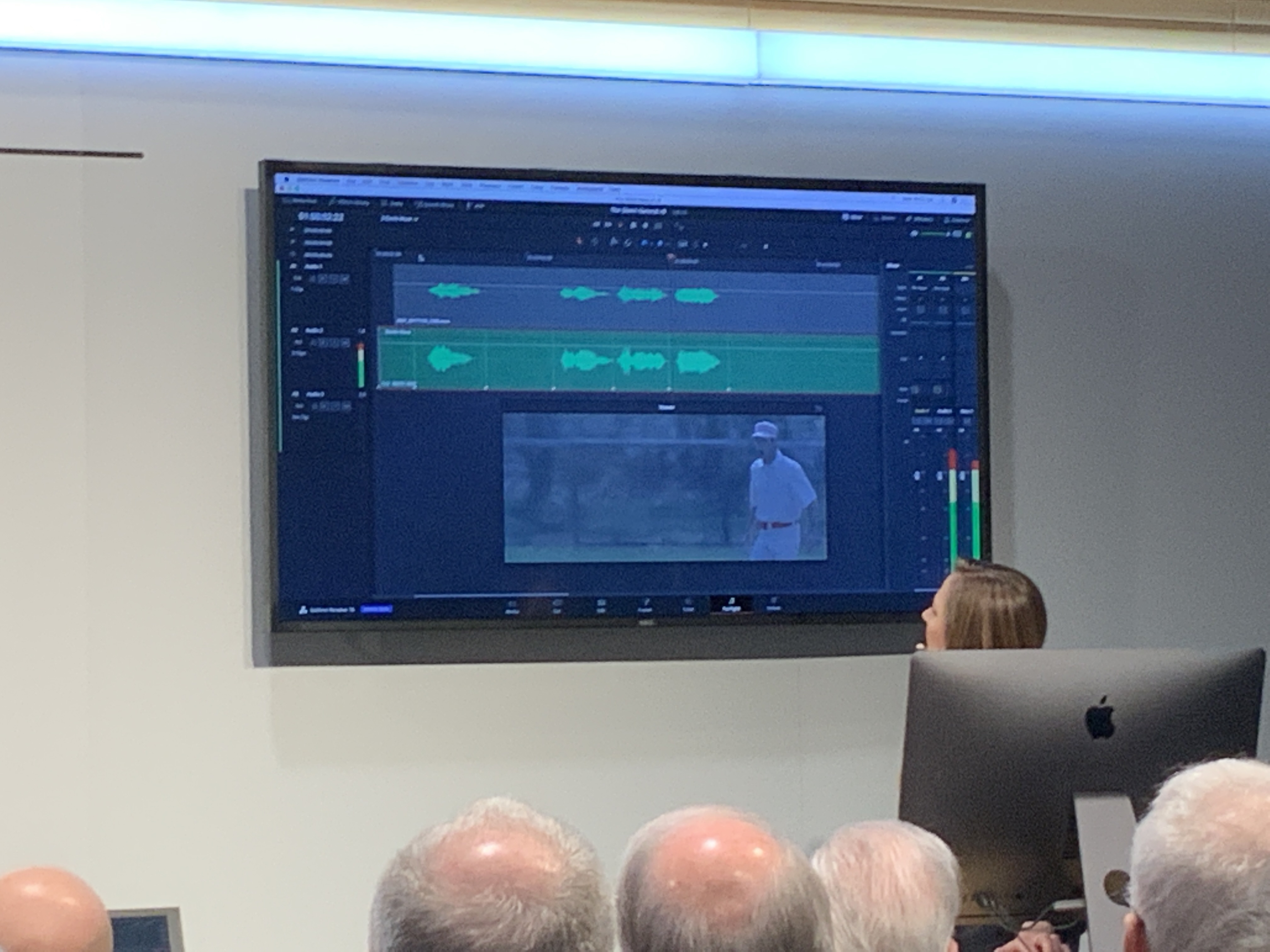 – Frankenbiting gets easier and more precise!

– Audio automation has been enhanced

– Can do full ATMOS 3D mixing

So that’s Resolve 16 as I watched and listened the BMD press conference. There’s a lot more on the hardware side for BMD. But that’s all for Resolve. I can’t wait to give it a play.

In the film days, a cinematographer had a good handle on what the final printed image would look like....

There is, without a doubt, more interest and movement today about true remote editing than has ever happened before...