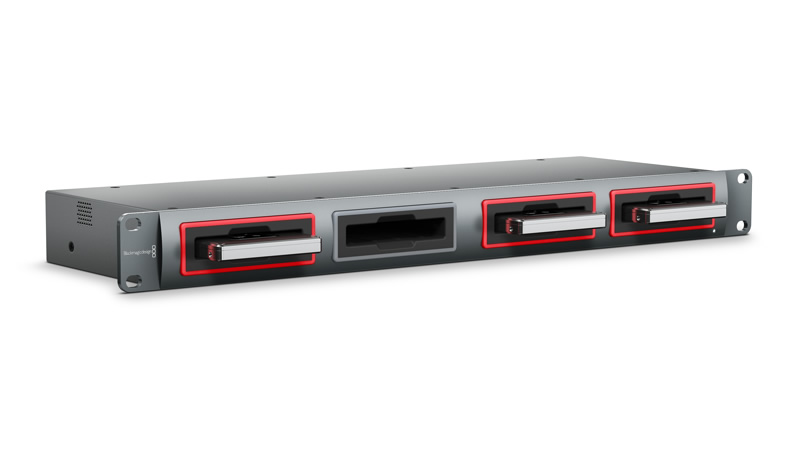 Compatible with existing Thunderbolt computers, MultiDock features advanced Thunderbolt 2 technology for blazingly fast transfer speeds at up to 20 Gb/s. This means customers get super responsive editing and color correction directly from source disks and avoid slow file copying. The new Blackmagic MultiDock also includes a loop thru so users can connect up to 6 devices with a single Thunderbolt connection. This means customers can build SSD docking stations with up to 24 slots or incredibly fast disk arrays consisting of up to 24 disks all striped together on a single Thunderbolt connection to the computer.

“The Blackmagic MultiDock is a fantastic solution to managing storage in a busy broadcast or post production environment. Now with Thunderbolt 2 technology you get amazingly fast transfer speeds of up to 20Gb/s, that’s enough bandwidth to easily handle the highest resolution video formats. It’s fantastic when using disks independently or when striping them together as a large disk array,” said Grant Petty, CEO, Blackmagic Design. “Blackmagic MultiDock is an incredible solution to the problem of managing disks and the amazingly fast transfer speeds will make editing, design and color correction even faster!”

Blackmagic MultiDock is available now for US$595 from Blackmagic Design resellers worldwide.