Video Assist from Blackmagic is intriguing yet surprisingly limited for many, at least for now.

At NAB in Las Vegas, Blackmagic announced its new Video Assist monitor/recorder. Blackmagic’s new device is clearly aimed to be a modern version of their own HyperDeck Shuttle 2, and to compete with Átomos’s Ninja/Samurai and SoundDevices‘/VideoDevices’ Pix recorders (which I have covered previously). Unfortunately, Blackmagic’s Video Assist team initially forgot a critical feature that solves a problem that Átomos, NewTek, and VideoDevices tackled years ago. 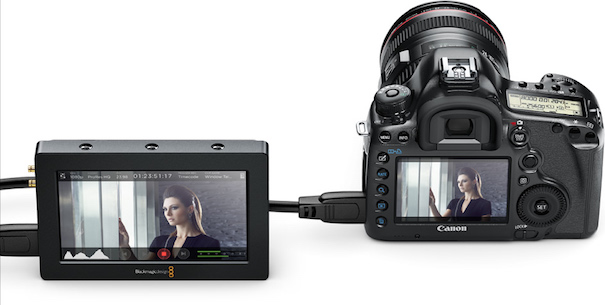 At NAB in Las Vegas, Blackmagic announced its new Video Assist monitor/recorder. Blackmagic’s new device is clearly aimed to be a modern version of their own HyperDeck Shuttle 2, and to compete with Átomos’s Ninja/Samurai and SoundDevices‘/VideoDevices’ Pix recorders (which I have covered previously). Unfortunately, Blackmagic’s Video Assist team initially forgot a critical feature that solves a problem that Átomos, NewTek, and VideoDevices tackled years ago. 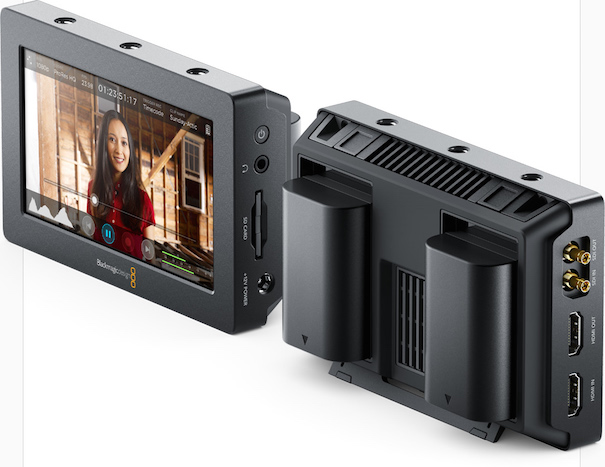 The term video assist Blackmagic borrowed from the “older days”

In the “older days” (at least for me), the term video assist refers both to a device and a technique used in film production, whereby a low-quality video camera is incorporated into a film camera for output to an external recorder and monitor. Its sole purpose was to check framing, focus, and actor movement before, during, and after a shot. At least in the end of the 1980s and early 1990s, I recall video assist being done with 3/4″ U-Matic tape recorders, which were not at all comfortable to carry around to a shoot. 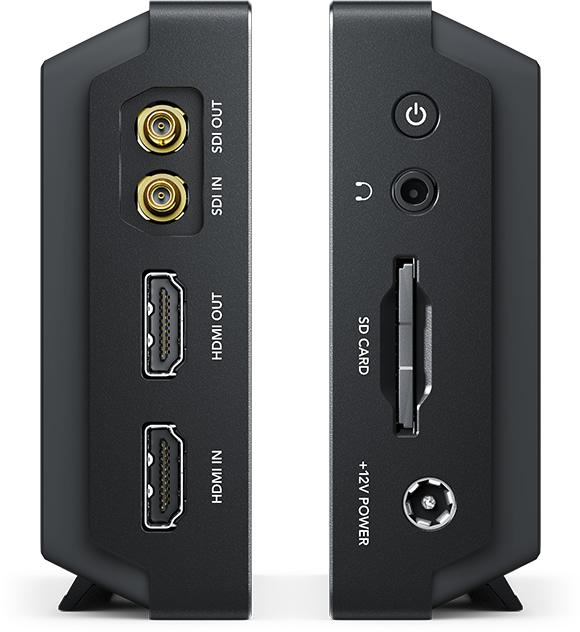 What the Blackmagic Video Assist design team initially forgot to include

At least for the first revision of Blackmagic’s Video Assist, there is unfortunately no pulldown removal (reverse telecine) of an HDMI source. As I have documented in countless articles, reviews and white papers, most consumer and even professional HDMI cameras do not output pure progressive over HDMI. Most HDMI cameras unfortunately output 29.97p-over–59.94i and 25p-over–50i (aka 29.97PsF and 25PsF) with a 2:2 pulldown, and unfortunately output 23.976p-over–59.94i telecine with a 2:3 (aka 3:2) pulldown. There are few exceptions to that. 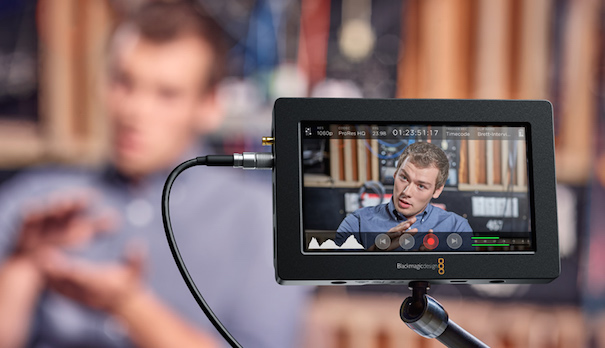 I am surprised that Blackmagic’s design team missed my (so far) 10 part series about this topic, or the product reviews I have made of Atomos, NewTek, and VideoDevices (a department of SoundDevices) products where I have raved about this feature which compensates for the unfortunate reality of most HDMI cameras on the market. This even applies to many cameras over their SDI outputs, including some from Blackmagic themselves when the overlays are off in 1080/25p or 1080/29.97p mode, as I documented in the 2013 article called Which Blackmagic camera models output live native progressive, and when?).

It is vital to remove the nasty pulldown immediately before recording to allow for the most efficient encoding, and to avoid unnecessary de-interlacing later, which is damaging to the picture quality.

So when is it okay to consider the Video Assist now?

If you are absolutely sure that you are lucky enough to own one of the few HDMI cameras that output pure progressive (and you will only be using it with that camera), or if you are certain that you will be using it with a video mixer (“switcher”) which will always output pure progressive, then you can consider the Video Assist. Otherwise, you should wait for Blackmagic to announce having added this feature, or consider one of the similar products from Átomos or VideoDevices instead. Blackmagic has responded that they are looking into adding the feature to the product in the future.

In English, click here and you will be automatically sent to the closest Amazon book page to you based upon your IP address.