In the lead up to the 2015 Sundance Film Festival we had the opportunity to talk to a number of filmmakers whose short films were chosen to screen at the festival. While these individuals come from a variety of backgrounds with films that are equally diverse, they all have the same passion, creativity, and commitment to their craft. As Adobe Creative Cloud members they use many Adobe applications as part of their filmmaking process. Here are just a few highlights.

When David Fine’s good friend Gabe Spitzer asked him to edit the short film Every Day, both thought it would be a fun project, but neither imagined it would end up screening at the Sundance Film Festival. The documentary short tells the story of Joy Johnson, who started running at age 59 and participated in the New York Marathon 25 times. 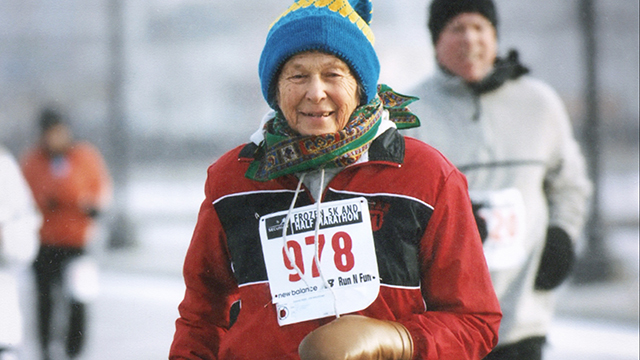 The film includes archival footage converted to Pro Res and a massive number of still images. “I’d been slowly transitioning to Adobe Premiere Pro CC because I liked the way it handles a variety of sources, codecs, frame sizes, and frame rates in one timeline,” he says. “The ability to mix different sources on the timeline made Premiere Pro the right move for this project.”

Screenwriter, director, and editor Tim Marshall’s previous short film Gorilla won the IRIS Prize, awarding him 25,000£ to make another film in the United Kingdom. For this film he decided to take a real and universal theme and package it in a unique, fresh narrative. The result was Followers, which tackles the subjects of loss, loneliness, and faith in unexpected ways. 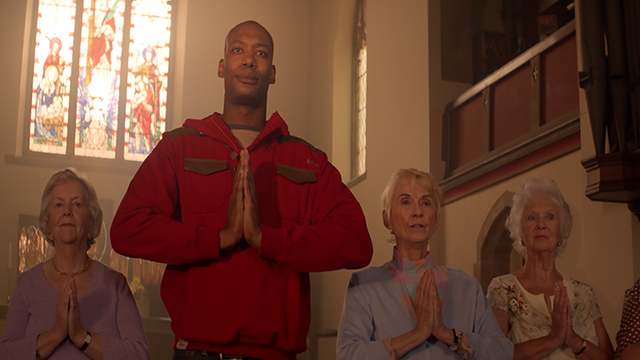 Followers was a truly international production, with Marshall traveling between Australia and the United Kingdom during pre- and post-production. “I traveled around with Creative Cloud on my laptop, which meant I could be flexible with how and where I was editing with Premiere Pro,” says Marshall. “I love being able to easily take a project from one Adobe application to another and always be working with the most current version.”

For his film school graduation project, Oren Gerner created a short narrative film that was performed, directed, and edited in his parents’ home. The film highlights the quiet drama of an adult child moving on from his parents and letting go of his childhood and stars Gerner and his own parents. Gerner shot the film in just six days with a Sony F5 camera and then spent six months editing. “It was difficult to edit myself and my parents, it felt very intimate,” he says. 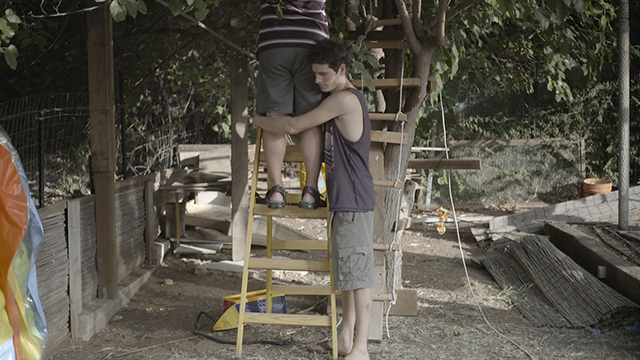 Gerner previously worked with Avid, but on his girlfriend’s recommendation switched to Premiere Pro. “Adobe Premiere Pro CC is very friendly and fluid,” says Gerner. “I’m a good example of someone who isn’t an expert editor being able to use the basic tools in Premiere Pro to edit most everything myself.”

While earning her undergraduate degree in film at NYU, Elizabeth Lo fell in love with documentary filmmaking. After working at Part2 Pictures, she was accepted to the Stanford University MFA program. At Stanford, she transitioned from Final Cut Pro to Premiere Pro while honing her directing and editing skills. Over the past year, she’s been editing short documentaries. 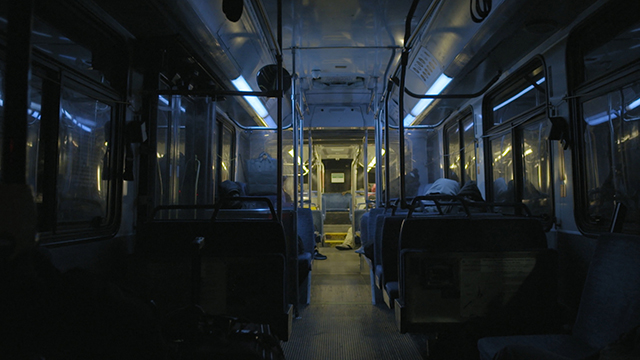 Hotel 22 is a project Lo completed for her master’s program. It is a documentary short about the 22 bus that runs just outside of Stanford. She accumulated 30 hours of footage, which she culled down to an eight minute film. “It was a huge editing task, but Adobe Premiere Pro CC made it really easy,” says Lo. “There are so many creative possibilities that emerge when you’re not limited by technology.”

Joris Debeij is originally from the Netherlands and now lives in Los Angeles, CA. After working as a television producer and then a journalist he decided to focus on what he really loved: storytelling. With no formal film school background, he started I Am Los Angeles as a way to create and share his own online documentaries that explore social, cultural, and socioeconomic stories. Making it in America, the documentary short film that earned him an invitation to the Sundance Film Festival, tells the story of immigration from the immigrant’s perspective. 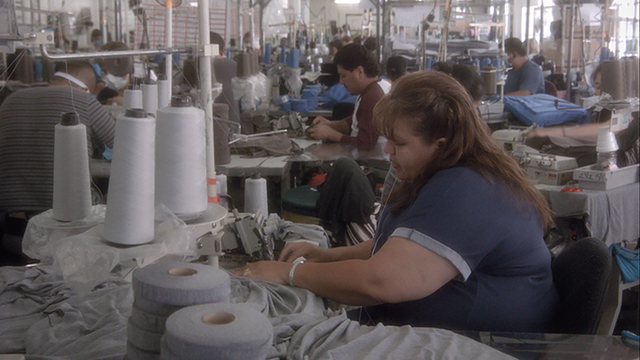 The film became a fascinating exercise in language because the interviews were conducted in Spanish, which Debeij doesn’t speak. He scripted the whole film with timecode and then edited the interviews together based on that data. “I was able to take the raw data from my Blackmagic Camera and put it right into the Premiere Pro CC timeline and start editing,” he says. “All of the subtitles were done in Premiere Pro and it was really easy to figure out how to make changes.”

When Jonathan David Kane boarded a plane to Haiti he and his colleagues were hoping to make a short film about martial arts, but they didn’t have a story yet. They had no idea that they would find a man with such an incredible devotion to culture and art and that he would become the focus of their documentary short, Papa Machete. 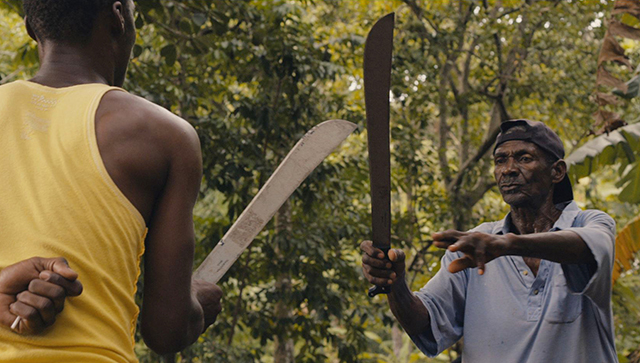 The shoot in Haiti yielded 12 hours of footage captured during three weeks with a Sony FS700 and the brand new ASX-R5 recorder with continuous capture for 2K and 4K slow motion. The first cuts of the film were done in Final Cut Pro X on the recommendation of Kane’s media manager. “Final Cut Pro X was very frustrating, cumbersome, and difficult to navigate on the most basic level so I finally decided to export the EDL and bring the project into Adobe Premiere Pro CC, which was much, much easier,” says Kane. “The range of things you’re able to do in Premiere Pro compared with the limitations of Final Cut Pro X make it the strongest NLE at the moment.”

Rather than a premiere, the 2015 Sundance Film Festival marks the close of the festival circuit for the animated short film Symphony no. 42. The film was Réka Bucsi’s graduation film from the Hungarian University of Fine Arts and she’s now working at The Animation Workshop in Denmark as part of its Artist Residency program. To create Symphony no. 42, Bucsi started by sketching in Photoshop on a Wacom tablet, choosing to go digital from the beginning. “I used to create brushes on my own in Photoshop but now there are so many that let me achieve a nice, hand drawn look and I really love that,” she says. 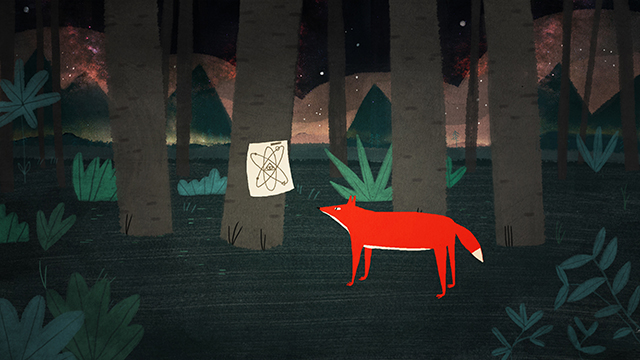 Having a documentary short he edited selected for the 2015 Sundance Film Festival was unusual for J.P. Damboragian. A freelance editor in the advertising industry, he typically works on projects that are no more than two minutes in length. Jamie Schutz, a former colleague and executive producer of The Collectors: Beekeeper, approached Damboragian to edit the short, which is part of an ESPN Films series about people who collect information in different ways, and how they put that information to use. 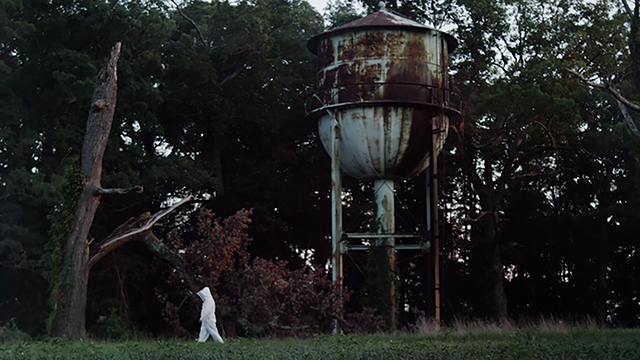 Photo by Jonny St. Ours, courtesy of Sundance Institute

After switching from Final Cut Pro, The Collectors: Beekeeper was the first professional project Damboragian cut with Premiere Pro. “Premiere Pro was really helpful because it has more options for overlaying video and I didn’t have to render to play it back,” he says. “Now, when I work with advertising agencies using Avid or Final Cut Pro I advise them to switch to Premiere Pro, and many are switching.”

The Short Film Jury Award: Non-fiction was presented to:
The Face of Ukraine: Casting Oksana Baiul / Australia (Director: Kitty Green) — Adorned in pink sequins, little girls from across a divided, war-torn Ukraine audition to play the role of Olympic champion figure skater Oksana Baiul, whose tears of joy once united their troubled country.