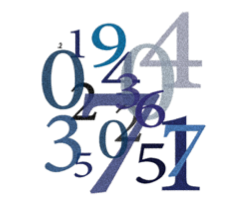 Big Data and Analytics have been creating more hype than a Hollywood premiere in the business and marketing world. Now it looks like that hype has come to Hollywood itself. A lot of studios are looking for a magical solution in the numbers that will tell them how to pick the next hit movie or television series. In a recent article “Solving Equation of a Hit Film Script, with Data” by Brooks Barnes both sides of this discussion were highlighted. The studio executives, who are salivating about a way to quantify success in movies, and the writers who are horrified by the idea of an algorithm doctoring their script. Transmedia needs to understand that it is going to quickly become part of the debate. Many Transmedia properties make extensive use of digital and internet technologies to deliver their story. They depend on the interaction nature of those technologies to engage an audience and facilitate the creation of new content. How much data are these interactive activities creating? Well, to give you an idea let’s go through a quick summary of how much data is being created elsewhere.

The current growth of Big Data is staggering, by 2015 there will be nearly 3 billion people online creating and sharing almost 8 zettabytes of data. That number might seem difficult to comprehend but in terms we use every day it would be 7,450,580,596,920 gigabytes or the equivalent of about 2 trillion DVDs. In addition Gartner is predicting that by 2016 the amount of consumer data alone will be 4.1 zettabytes. Not surprisingly, both strategic big data and actionable analytics made it onto Gartner’s top 10 strategic technology trends to watch in 2013. Keeping up with the volume and velocity of data from a storage perspective is one issue, trying to understand the meaning behind the data is a much larger problem. There are challenges but also tremendous opportunities as a brand new, renewable resource become available to the entertainment marketplace.

Transmedia is going to be creating a lot of data. It could be the conversations and content that is created during audience participation in an interactive story or just the social media traffic created during a scheduled event. Transmedia designers in the next few years are going to need to add a new talent to their already full collection of skills. They will need to understand data architecture so they can understand which data is going to be useful to collect and what they need to discard. This isn’t going to be an easy decisions as the biggest challenge to the experts in the field of analytics isn’t collecting the data, it is understanding what it really means. Sometimes this means collecting everything and then trying different ways to look for patterns and correlations. It isn’t going to be just a matter of creating a cookbook of algorithms either. Anyone who knows data will be quite clear, any algorithm needs to evolve and learn. Contexts are constantly changing and so is any predictability you hope to find in the numbers. Add in the huge amount of variation in types of narrative and approaches to delivering content and it quickly becomes apparent that we’re dealing a very big and very interesting problem. Transmedia is going to end up at the crossroads of the discussions about how to solve those problems.