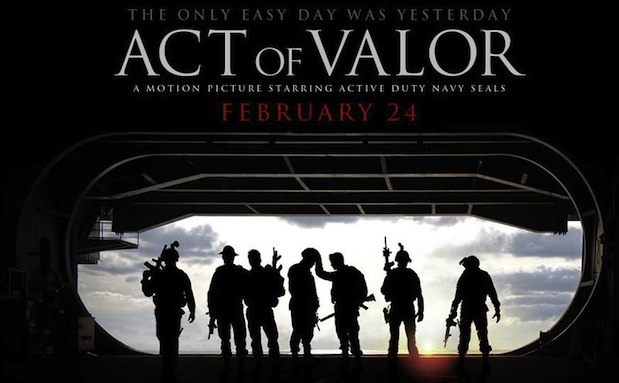 I recently had the pleasure and honor of being invited again by Hewlett Packard to their 2012 media event, where I was able to speak with Jacob Rosenberg, Chief Technical Officer and partner of Bandito Brothers, which created Act of Valor. Jacob was one of several guest speakers at the media event which took place in Las Vegas, Nevada, USA. He described several technical facets of the production of Act of Valor for the audience, including the camera, workstations, software, and monitors which I’ll summarize in this article, together with the somewhat surprising color space chosen by Bandito Brothers.

For the production of Act of Valor, Bandito Brothers used the Canon 5D MKII camera.

UPDATE regarding the framerate used when shooting with the 5D MKII for Act of Valor: Mike McCarthy (Act of Valor’s production engineer and online editor) first wrote a comment below, and they later I contacted him off line to verify his identity before updating this article. Jacob had oversimplified the workflow during his presentation at the HP media event in Las Vegas. Because most of the scenes were shot in 2009 before the 5D MKII’s monumental 2.03 firmware update of 2010 (which added 23.976p, 25p, and proper 29.97p), most of the shots were done at the non-standard 30.000p (which was all that the 5D MKII offered before that update), and then Bandito Brothers used the After Effects plugin Twixtor from ReVision Effects to get to 23.976p.

Monitors used both in the field and during post production

Bandito Brothers used multiple HP DreamColor monitors, both in the field and during post production. In the field, Bandito Brothers mounted the DreamColor monitors on rollable carts which were moved to follow wherever the cameras were, in order to evaluate composition, focus, exposure, and color balance. Although Jacob Rosenberg did not mention it, it is well known that the Canon 5D MKII does not deliver a full 1920×1080 raster live over HDMI during recording, but this would not have been an issue with the monitoring-only function being used.

Since I knew that the DreamColor monitor offers several color spaces, including ITU-R Rec.601 for SD video, ITU-R Rec.709 for HD video, and DCI P3 for digital cinema, I was quite curious and asked Jacob which color space Bandito Brothers chose to use for Act of Valor and why, especially taking into account that it would be for theatrical distribution. I was somewhat surprised to hear his response: “Rec.709”. Regarding the why, he responded that it was because of their prior familiarity with Rec.709 with other projects.