Atomos announced firmware 7.1 for their Ninja and Shogun Flame recorders, an update that fixes some issues and introduces a new series of options, many related to HDR. 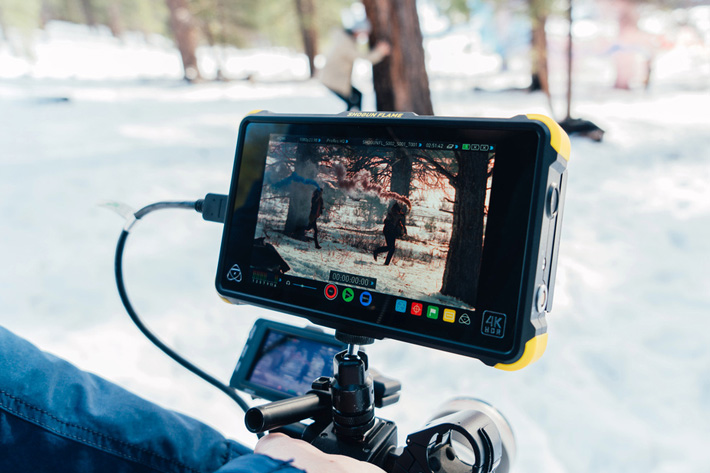 Improvements to accuracy and resolution in blacks when using AtomHDR mode are one of the new features users will discover first when using the Flame series. Atomos also includes HDR support for log video from JVC and Red cameras.

A visual improvement has been made to the AtomHDR slider for easier access while in AtomHDR mode, a simplified HDR waveform line has been added to easily set the correct slider position for the dynamic range of the scene. PQ input can now be selected for AtomHDR monitoring and grading from NLE with ST2084 output. PQ output has been added for playout to HDR monitors and televisions.

New options for AtomHDR include WFM Auto which automatically sets the HDR level for the current scenes max brightness and WFM HDR which scales the WFM to view the HDR range to the full height of the WFM. Other new features appear on the waveform monitor which will now display a percentage scale based on the input log mode. Slow motion is now available in playback mode. Pausing video playback will automatically display the slider above playback controls and give you access to forward and reverse speed adjustments.

Atomos also changed the way the battery selection works. From the Battery page, there is now the option to manually override battery selection on the Flame series. This is designed to be used for the Atomos Power Station or other external power solutions.

The firmware also fixes a series of bugs. You can find more information and download the AtomOS 7.1 firmware from Atomos webpage.