After a three-day shoot and five weeks post-production, the ten-minute action short Assassin’s Creed Valhalla is ready to be used as teaser content to promote the launch of Ubisoft’s game. 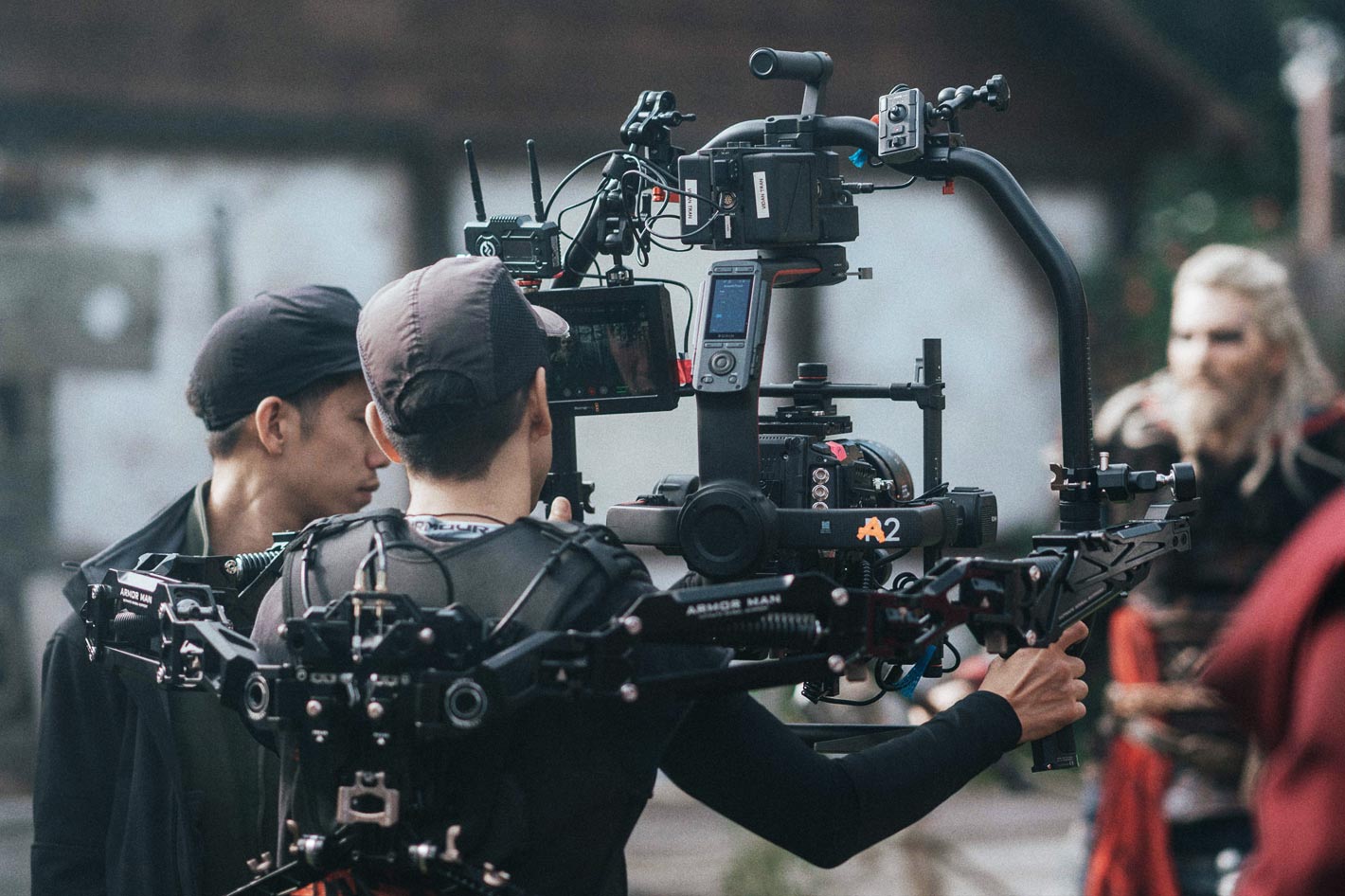 Assassin’s Creed Valhalla short film was shot on the URSA Mini Pro 4.6K G2 in Blackmagic RAW and was edited and graded in DaVinci Resolve Studio. Here is a look behind the scenes of both the game and the short.

The popular game franchise was made into a movie back in 2016, with the action set in the same universe as the video games but featuring an original story that expands the series’ mythology, taking place during the Spanish Inquisition. Although considered by some as an improvement over previous videogame film adaptations, the film underperformed at the box office, meaning that future plans for two additional films and an eventual TV series were cancelled.

The videogame series continues, though, and Ubisoft decided, as so many other companies do these days, to create a short film that is used to promote the upcoming Assassin’s Creed Valhalla. Vi-Dan Tran, a filmmaker and stunt expert with a vast experience in filmmaking and a passion for videogames was hired as director of the short, which will sit on Ubisoft’s and T7 Production’s YouTube channels, and also be used to create highlight clips for social media to help build anticipation around the game’s launch.

T7Production is formed by two young filmmakers from Germany, focusing on movies, short films and music videos, Vi-Dan Tran and Shawn Bu. The T7Production YouTube Channel is a place to visit and add to any list of Favorites you have if you want to keep updated on the duo’s new adventures,  Check the recent Cyberpunk 2077 Fan Film: Phoenix Program – Official Teaser (2020) or the older The Witcher 4 – Big in Japan or DARTH MAUL: Apprentice – A Star Wars Fan-Film.

Assassin’s Creed Valhalla story focuses on Helga, a brave villager looking for warriors to help her protect the community, and the game’s main character, Eivor, who steps up to accept the mission. The short film was shot on the URSA Mini Pro 4.6K G2 in Blackmagic RAW and was edited and graded in DaVinci Resolve Studio.

“There are two timelines in the film, a tavern where the characters are discussing the quest, and then the middle sequence is a flashback action scene, which almost has a music video feel, with an epic score and complex fight choreography,” explains Vi-Dan. “We shot at 3K anamorphic at a variety of frame rates and also at 4.6K at 120fps. This ensured that the fight moves were captured smoothly, but also allowed us to add slow motion touches, for example when Helga’s sister, Astrid, faces the camera and flicks out her hair.”

With 25 crew and more than 30 actors and extras, it was a welcome return to an onset shoot, although care was taken to ensure everyone was safe. “It was vital that each element felt grounded and authentic, so we shot at an amazing village set that has been built specifically for LARP (live action role play),” continues Vi-Dan. “There’s no electricity or studio lighting, so we had to rely on the URSA Mini Pro’s sensor to capture as much detail as possible.”

To create the rich, cinematic aesthetic he wanted, Vi-Dan paired the Blackmagic URSA Mini Pro 4.6K G2 with Atlas anamorphic lenses. “The combination was honestly incredible from the outset. All of the detail that I wanted to capture in the costumes, the weapons and the skin tones was just stunning,” he continues. “I was pleased with the shoot as a whole, but the tavern scene, which we shot as one transitional take, was a particular highlight. The camera moves past all these faces, and the atmosphere feels so immersive, you can’t help but feel a part of it.”

For post, Vi-Dan has worked exclusively in Blackmagic DaVinci Resolve for his most recent projects. “The Blackmagic RAW Q5 rushes move effortlessly into Resolve, and I do everything within the software; edit, grade, sound design, even some effects in Fusion,” he explains. “It keeps the process incredibly simple, but the features within each page of the software are incredibly powerful. It’s the perfect solution for getting extremely high-quality results, throughout acquisition and post.”