Kits from the ARRI Pro Camera Accessories line are built for a wide variety of users, situations and environments 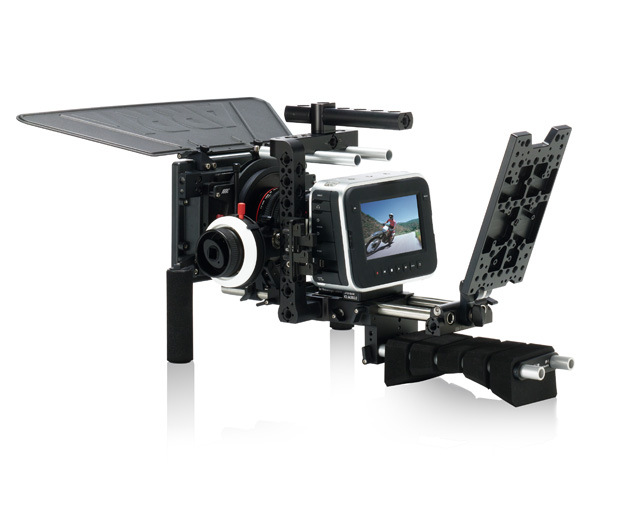 Kits from the ARRI Pro Camera Accessories (PCA) line are built for a wide variety of users, situations and environments. Stable and reliable support systems, sturdy connections and quality engineering allow DPs to stay prepared and tackle a range of workflows in dynamic shooting environments. Starting at $1200, all Blackmagic Cinema Camera kits include ARRI’s Mini Base Plate MBP-3 and Camera Cage System, offering a non obstructive solution for the mounting of accessories through industry standard 3/8-16″ and 1/4-20″ interfaces, as well as a Universal Cable Safe System CCS-1, which protects internal electronics against accidental stress when using HDMI, USB or audio cables.

ARRI’s MBP-3 was designed to fit small form factor cameras, such as Blackmagic Cinema Camera, through dedicated adapter plates. Attaching the strong yet lightweight cage support system to the MBP-3 provides numerous 3/8-16″ and 1Ž4-20″ mounting points for arms and accessories and an ergonomic design allows for efficient set up and operation.

Because no two workflows are the same, the ARRI PCA set for the Blackmagic Cinema Camera come in several different configurations. The basic configuration adds an aluminum left side Support Arm CSL-1, providing solid support for handles and accessories, while still allowing for the use of handgrip and controls. The top of the line professional configuration comes with a Hot Shoe Bracket CHS-1 to prevent camera body flex.

Stephan Schenk, General Manager of ARRI’s Camera and DI Business Unit, comments, “All motion picture cameras need reliable and well-designed accessories to deliver the best results. The idea behind our Pro Camera Accessories range is to make film-style functionality available to users of all professional cameras that are real players in the market, which the new Blackmagic camera clearly is. Both Blackmagic and ARRI have responded quickly to customer demand, working together to create an accessory kit that improves the interface between camera and operator.”