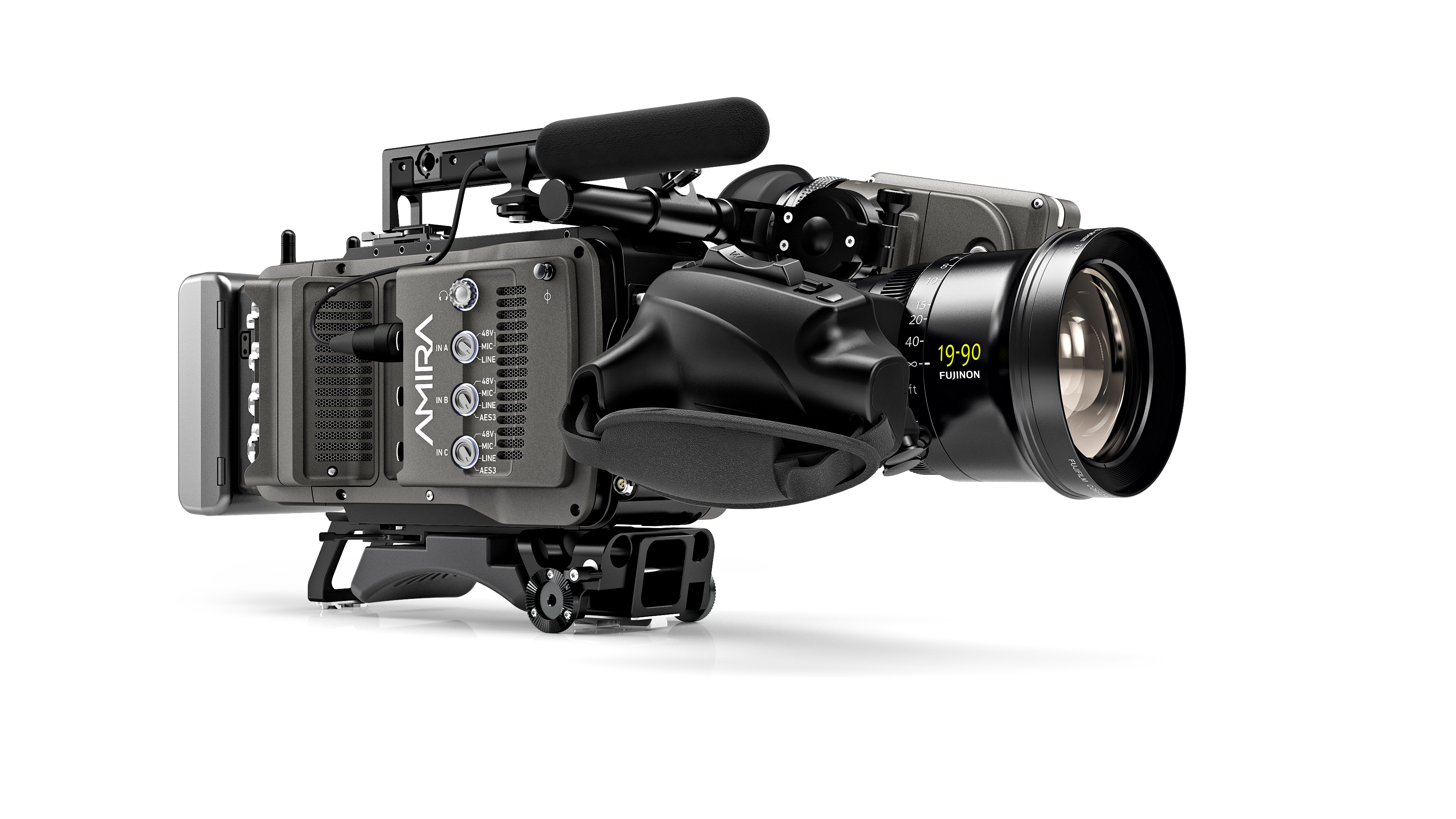 ARRI is pleased to announce the highly anticipated AMIRA documentary-style camera, available in a range of upgradeable packages, will begin shipping in April.

AMIRA is the versatile documentary-style camera that combines exceptional image quality and affordable CFast 2.0 workflows with an ergonomic design optimized for single-operator use and extended shoulder-mounted operation. Ready to pick up and shoot straight out of the camera bag, AMIRA is hardy enough to take anywhere and features in-camera grading with preloaded 3D LUTs, as well as 200
fps slow motion. It is suitable for a variety of production types, from reportage and corporate films to TV drama and low-budget movies.

In today’s environment of lower budgets and shortened schedules, TV productions often do not have the luxury of spending significant time finessing a ‘look’ in post. AMIRA is unique in that it comes with a number of 3D LUT-based Looks that can be applied on set during the shoot. Alternatively, productions can custom build their own 3D LUTs in external grading systems, load them into the camera during prep, and even modify them in-camera while filming. Adobe Premiere Pro CC is the first non-linear editing system supporting the color management of AMIRA QuickTime
ProRes files. Premiere can apply look files (including 3D LUTs) that are included in AMIRA files and convert automatically from Log C to REC 709 within an easy, failsafe system. Similar announcements for other major post production tools are expected to follow soon.

There are three camera configurations to choose from, differentiated by their feature sets. Customers then complete their package by selecting whatever combination of lens mount, battery mount and bottom plate meets their needs. Whichever AMIRA camera set is initially chosen, it can be upgraded with additional functionality by purchasing a license at the ARRI website.

For more go to: www.arri.com/amira

About ARRI:
With headquarters located in Munich, Germany, Arnold and Richter Cine Technik (A&R) was founded in 1917 and is the world's largest manufacturer and distributor of motion picture camera, digital intermediate (DI) and lighting equipment. The ARRI Group comprises a global network of subsidiaries and partners that covers every facet of the film industry, including worldwide camera, grip and lighting equipment rental through ARRI Rental; turnkey lighting solutions through the ARRI System Group; lab services, postproduction and visual effects through ARRI Film & TV; and film distribution through ARRI Worldsales. Manufactured products include the ALEXA camera system and AMIRA documentary-style camera; Master Anamorphic lenses; L-Series LED and MSeries HMI lights; Pro Camera Accessories; and ARRISCAN archive technologies. The Academy of Motion Picture Arts and Sciences has recognized ARRI’s engineers and their technical contributions with 18 Scientific and Engineering Awards. For locations and more information please visit www.arri.com