An early HDR adopter, Studio Berlin is using the AJA FS-HDR real-time HDR/WCG converter to serve a range of conversion needs on several projects that it is working on natively in UltraHD HDR. 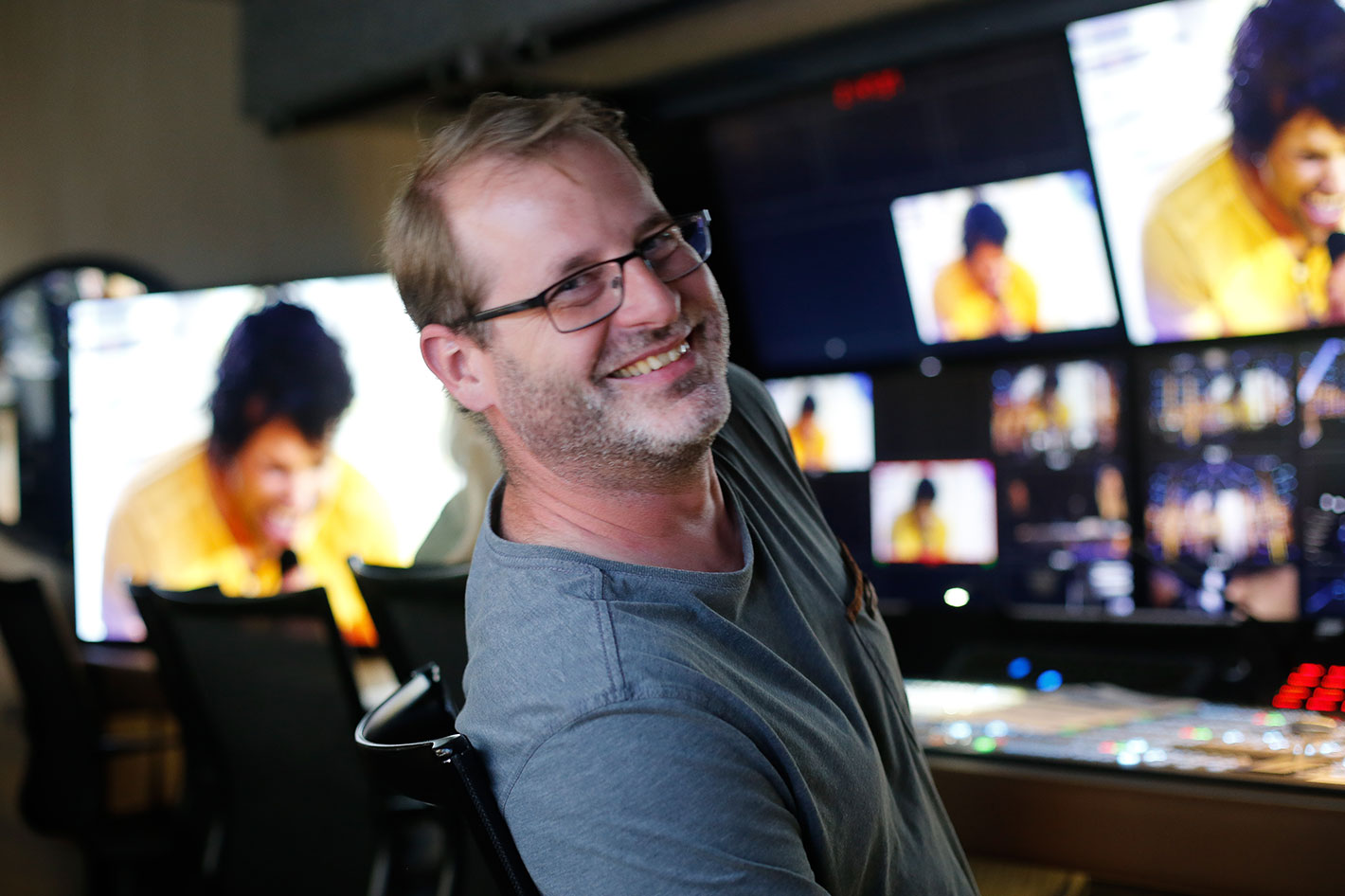 While it’s great to ride the crest of the wave when it comes to technology, each advancement brings new challenges, as early HDR adopter Studio Berlin has discovered. Here is how they solve them!

We’re living in a time when from UltraHD to IP, AI and HDR, technological innovations are fundamentally reimagining production and enabling more compelling audience experiences. However, each advancement brings new challenges, as early HDR adopter Studio Berlin has discovered. The technology company has long explored HDR to elevate production quality on a range of projects, including live sporting events like Bundesliga matches, and entertainment programs such as “Joko and Klaas against Pro7” and “Late Night” with Klaas Heufer-Umlauf. 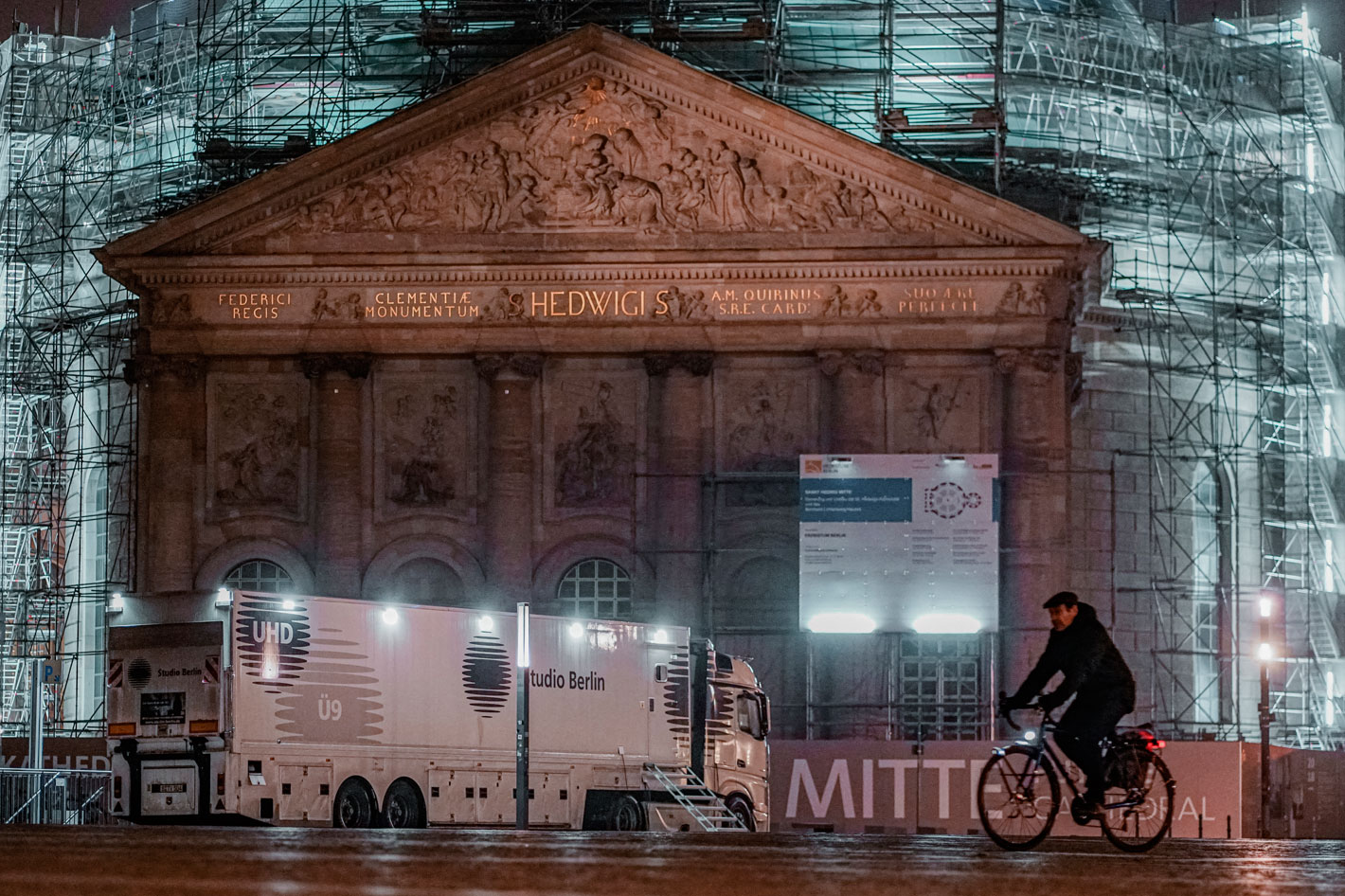 Depending upon the project, the Studio Berlin team can either be found out in the field with one of its five outside broadcast (OB) vans or a custom fly pack, or hunkered down in one of its studios in Berlin, Cologne or Munich. Regardless of the production locale, the AJA FS-HDR real-time HDR/WCG converter is employed to serve a range of conversion needs. AJA FS-HDR is a versatile 1RU, rack-mount universal converter/frame synchronizer for real-time HDR transforms as well as 4K/HD up/down/cross conversions. 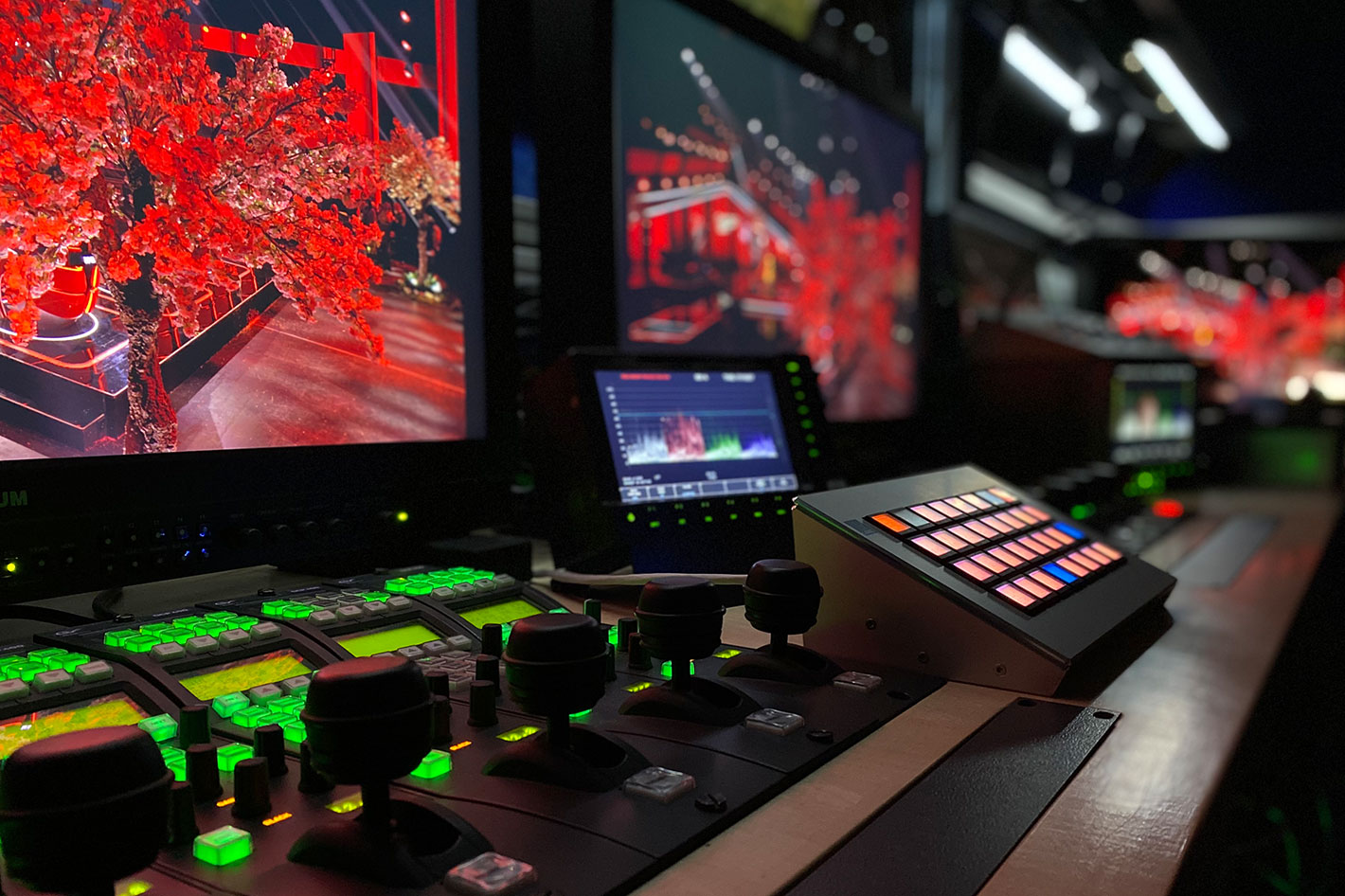 Studio Berlin produces a number of projects natively in UltraHD HDR, largely using a proprietary workflow that it has crafted over the years and continues to refine. Tailored to each project, the pipeline has proven crucial in helping the team to extend color and luminance across projects, and extract more detail from the picture. The underlying kit largely comprises high-quality cameras, wireless video transmission links, UltraHD HDR monitors and an AJA FS-HDR. For cost efficient monitoring, the studio often also leverages AJA Hi5-4K-Plus Mini-Converters to display UltraHD HDR materials on consumer HDMI monitors.

“Every project is a learning experience, and with each one, we’re able to raise the bar in terms of what’s visually achievable. For most UltraHD HDR broadcasts, we’re starting with previously shot HD or even SD SDR content, so we lean heavily on AJA’s FS-HDR real-time HDR/WCG converter,” shared Matthias Alexandru, CTO, Studio Berlin. “FS-HDR provides diverse settings that allow us to adapt to whatever source material we’re working with to ensure that we can always achieve the desired output. It also helps us implement the various formats required at the end of the production chain.” 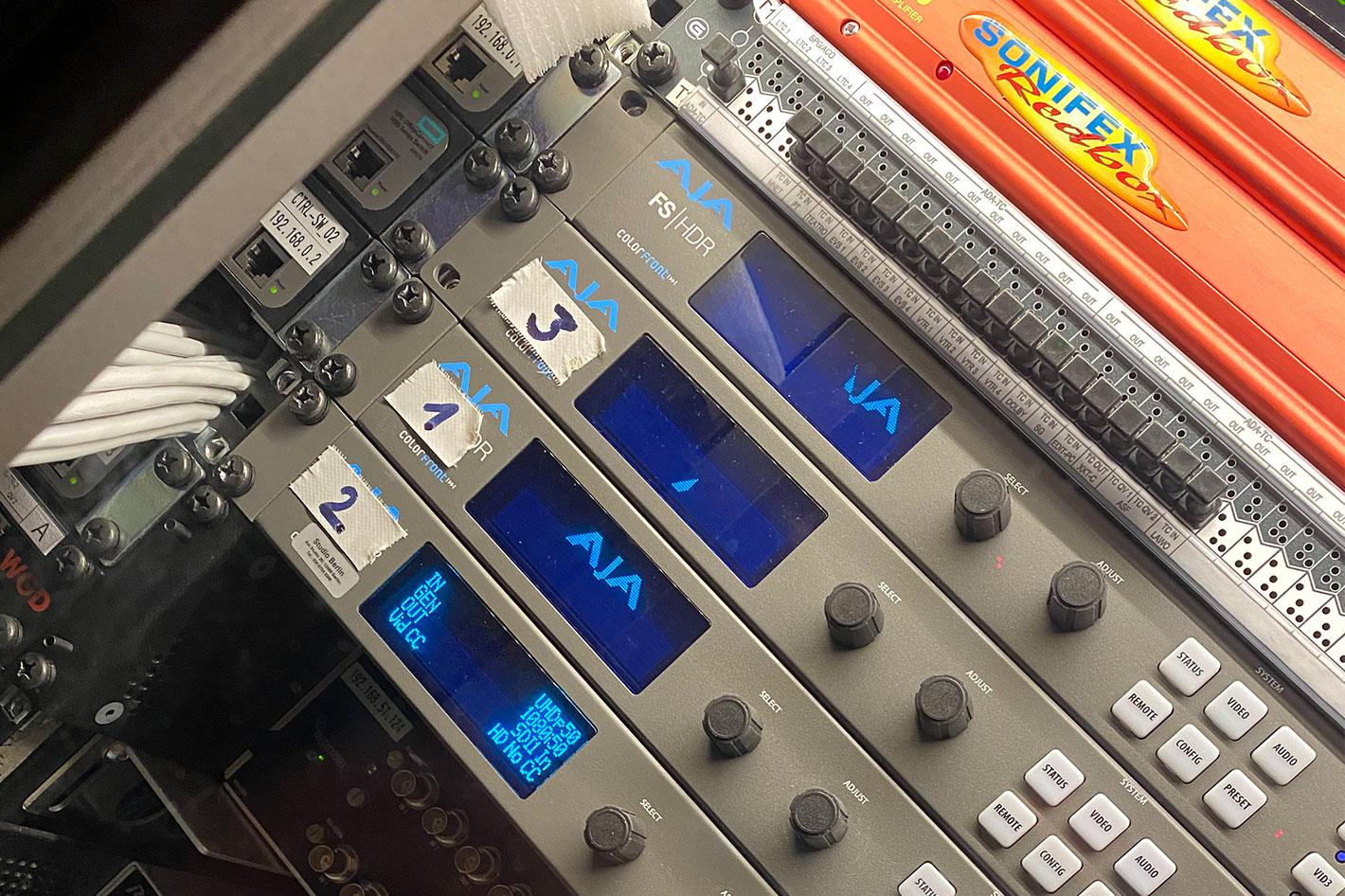 FS-HDR has become a standard for HDR production

Studio Berlin leverages the FS-HDR in a number of ways, such as to broadcast live HDR content to Astra’s UltraHD channel, and in parallel, convert and map the production in HD SDR for distribution to other channels. Alexandru added, “Because we convert the UltraHD HDR product into HD SDR via the AJA FS-HDR, rather than run parallel Ultra HD HDR and HD SDR productions, our customers can deliver captivating images in both formats, without the time, equipment and personnel costs that parallel production would incur.”

For “Europakonzert,” a live classical concert from the Philharmonie in Berlin that Studio Berlin broadcast this past May, camera signals were recorded individually in UltraHD SDR, with FS-HDR powering up-conversion to provide the editorial team with the highest quality source material for post-production. “FS-HDR has become a standard for mapping, among other HDR production demands. It provides a broad range of functionality, an intuitive user interface, and unmatched reliability; the sheer flexibility it provides was a key factor in our decision to use it,” Alexandru explained. “AJA also continues to release new firmware updates that make the technology that much more robust and our jobs that much easier. The fact that we have five of the units speaks volumes.”

Studio Berlin is in the midst of wrapping up its latest UltraHD HDR OB build, which is expected to reach completion this summer. As it does, the company is continuing to explore how it can leverage emerging technology and production techniques and listen carefully to its customers to develop audience-centric concepts. Alexandru concluded, “With a highly motivated team and technology like AJA’s FS-HDR, it will be easier for us to meet emerging customer demands and continue surprising ourselves and others in the process.” 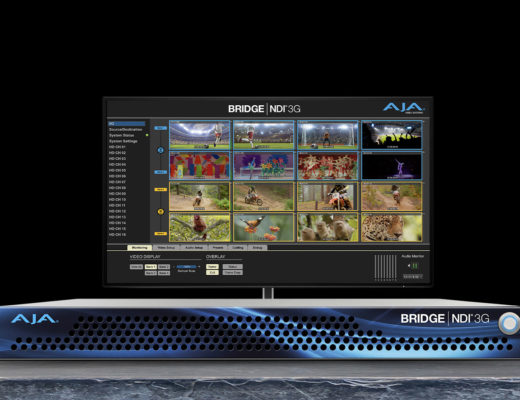 AJA BRIDGE NDI 3G is a high density HD and 4K/UltraHD conversion gateway for SDI to NDI and NDI... 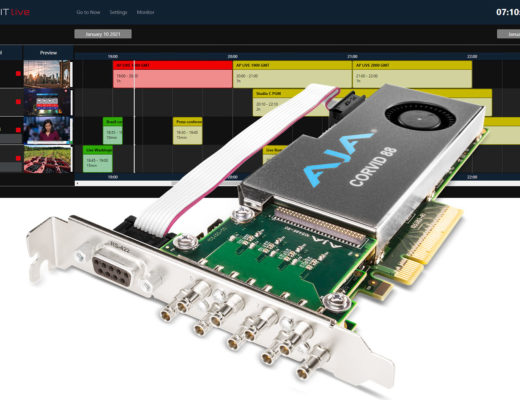 IN2IT Live is the ultimate solution to capture live events and deliver them to your users for logging and... 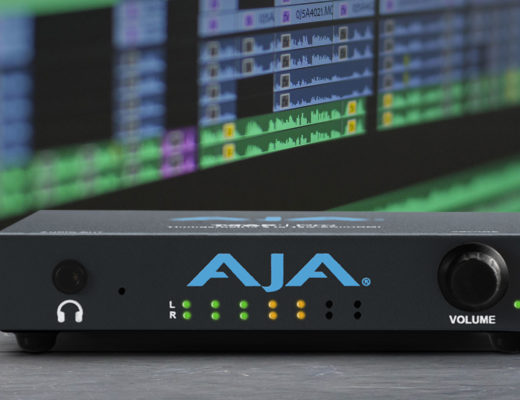