Bug fixes, performance improvements, and support for the REDCODE plug-in. 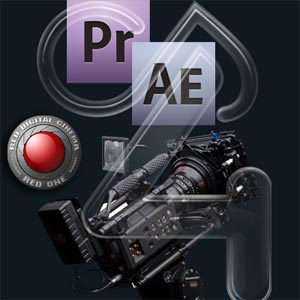 If you have After Effects CS4 (aka version 9.0), and if you haven’t already gotten into the reflexive habit of dismissing the dreaded Adobe Updater every time it appears, then you might like to know that an update – 9.0.1 – is now available. You can trigger an update from inside After Effects CS4 by selecting Help > Updates. (It will try to update all CS4 applications as a default; if you are in a hurry, you can disable some updates in its options.)

Here is the list of bugs that were addressed according to the release notes:

The ever-helpful Todd Kopriva has also created a blog post which goes into a few more details.

Note that if you want to play with REDCODE files inside After Effects CS4, in addition to the above update, you also need the beta plug-in from RED. Dave Helmly has an extensive blog post plus link to a video on the RED/Adobe workflow.

Near and dear to our hearts is a modification of the way Help works. Now, when you press F1 inside After Effects to open Help, you no longer go to the Community Help Center; you go straight to the home page of Help for After Effects, complete with index. After Effects Community Help is still a very useful place to visit, but it is no longer foisted upon you when you’re in the middle of a problem. Note that you still need to enable “This Help System Only” for your searches (urgh), but overall it’s a big step in the right direction. Thanks to all who followed the links in our rant and filled out the feedback form. Adobe really does want to Do The Right Thing; they just need to know what it is!