What’s new in After Effects at Adobe covers the December 2021 release (version 22.1.1), with 2 new feartures and 3 new beta app features: the Universal text engine, C4D R25 update, Scene Edit Detection, Extended Viewport, and a long-awaited Properties panel. With this new panel you get the “most-used layer and shape options, all in one place, no twirling.” There’s also new list of Bugs fixed in the December 2021 release. Note that the last big AE/CC release was covered in a previous roundup.

Creative Dojo hosted a brief tour of the New Properties Panel in After Effects, but the feature got lukewarm comments from his viewers. 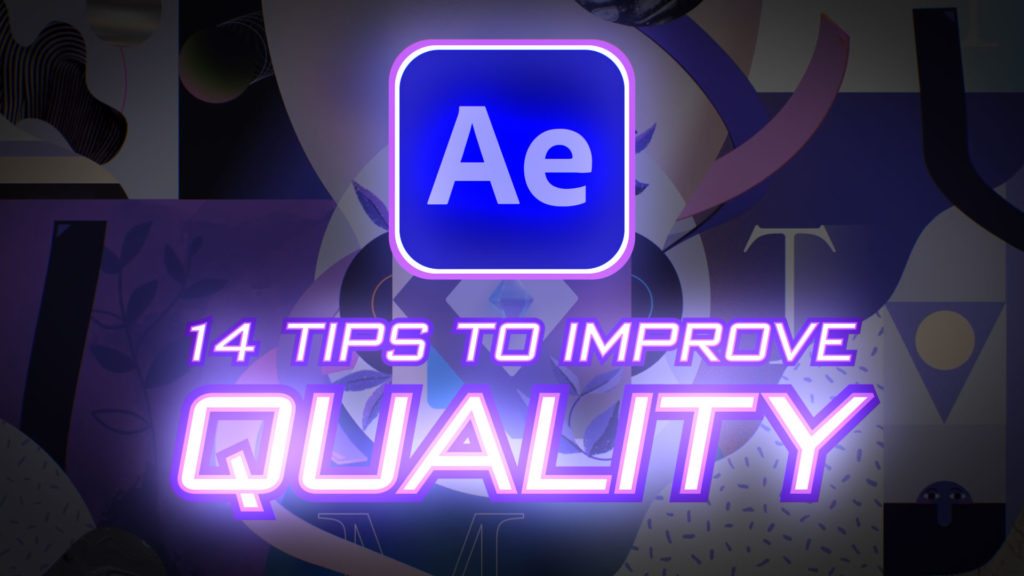 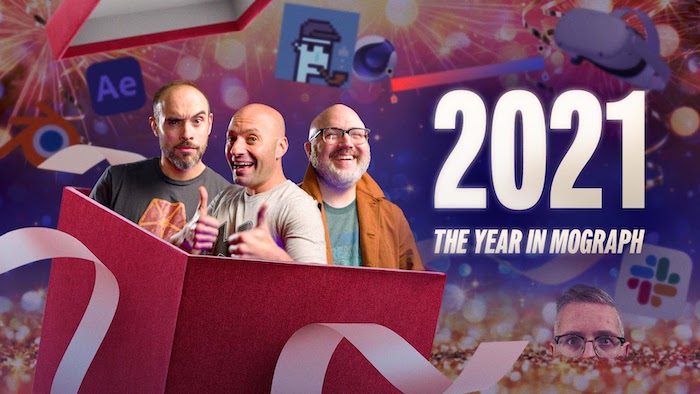 The Year in MoGraph – 2021 (podcast) features Joey Korenman, EJ Hassenfratz, and Ryan Summers on the Highlights of 2021 and What to Expect in 2022. It’s a haul at 3 1/2 hours but worth the effort even in multitasking mode. There’s a transcript and show note mentions too.

School of Motion also teamed up with Adobe And Maxon for A Look Ahead to 2022 — Industry Trends Report, which surveyed 2100 artists from around the world to see what’s coming next.

In addition, School of Motion posted 12 mograph quicktip videos in December, starting with After Effects Shape Layer Tip | Day 1 of our 12 Days of MoGraph.

Brooker Films has a bunch of After Effects and Premiere tutorials, some promoted by Adobe, like Head Tracked Effect – After Effects Tutorial. I’m not sure why you’d want to do this effect but it’s fun, and adding the Motion Tile filter to avoid scaling was a nice touch. Chris also teaches through Skillshare.

SonduckFilm had a bunch of Winter and holiday tutorials in December. Here’s 3 Snow Effects For Winter Motion Graphics in After Effects and Happy New Year & 150+ FREE After Effects & Premiere Pro Templates.

Jake In Motion posted What can we learn from an After Effects template? and Unmult is built-in to After Effects, which shows a new generation how to recreate the famous free filter effect.

In Endless Fractals – After Effects Tutorial, Creation Effects shows you how to make infinite fractal animations that zoom in endlessly, using his “Creation Trippy Effects” template. Some of his results are among the best-in-class fractals done in After Effects, but you have to pay for the template. Check out also his earlier CC Ball Action template and tutorials, which also squeezes as much as can be had from a basic effect effect filter. In the video below, he shares some tips to replicate the template.

Doctor Strange MULTIVERSE PORTAL from Spiderman from Cinecom.net shows you how to create the multiverse portal rings created by Doctor Strange in the latest Spiderman movie. They also recently posted a related Get SOUL PUNCHED like SPIDER-MAN: NO WAY HOME.

Film Riot shared Electro Effect from Spider-Man: No Way Home and Spider-Man Web Effect. Both exercises are considerably more involved than the 10 or so minutes you’ll spend watching their summary!

Broketribe explained how he made a Matrix Resurrections raining code environment. He shows how to animate the iconic Matrix code rain with vertical text, Particle World generating multiple instances, then using 3D camera tracking to create an environment.

7 Minute AE Tutorials showed viewers How to Copy with Property Links in a recent quicktip. He has a bunch of good tips and reminders.

Jake in Motion posted this in November, You NEED to understand spaces in After Effects, in which Jake explains “how Adobe After Effects handles positioning layers and effects within a comp. This is absolutely critical to understand if you want to stop smashing your keyboard every time After Effects does something you just don’t understand. We’re going to learn about comp space, layer space, even parent space, and why they’re important. I’m also going to show you how to fix issues with point controls in effects like Gradient Ramp and CC Bend It using the toComp expression.” The comments may be useful too.

For a classic explanation on how to relate between layer and comp space, see Trish and Chris Meyers’ Deeper Modes of Expression, Part 4: Space Conversions, here on PVC. There’s more on this from Animoplex in After Effects Expressions 304 – 2D & 3D Position.

In VFX Bang Review: 3D Muzzle Flash Plugin for After Effects, Creative Dojo talks up a newly resurrected Red Giant/Maxon plug-in — recalling the old muzzle flash craze after the publication of The DV Rebel’s Guide: An All-Digital Approach to Making Killer Action Movies on the Cheap by Stu Maschwitz, and a subsequent 3D AE plug-in Effectslab from the future makers of Hitfilm.

Motion Hatch has some tips on Time Management for Motion Designers, so you can meet deadlines and make money.

Premiere Gal posted NEW MacBook Pro M1 MAX Premiere Pro Video Editing Speed Test – Is it Worth it?, but it is little consolation for someone suffering crashes on their new MacBook Pro.

Via Scott Simmons’ Useful Tools for Editors: So Long 2021 Edition, there’s the spread of COVID-19 visualized from @JohnHolbein1.

the spread of COVID-19 visualized pic.twitter.com/zIaSkQrqr2