Brian Behm, who built a game show with Adobe Character Animator, is hosting Mochat tonight. He’s “looking forward to talking with the AE team about a release that’s got some exceptionally cool things in it. I’ve been digging the puppet tool updates.”

Chats are on Tuesday night at 9pm eastern, 6pm pacific; search for #mochat or go to http://tchat.io/rooms/mochat 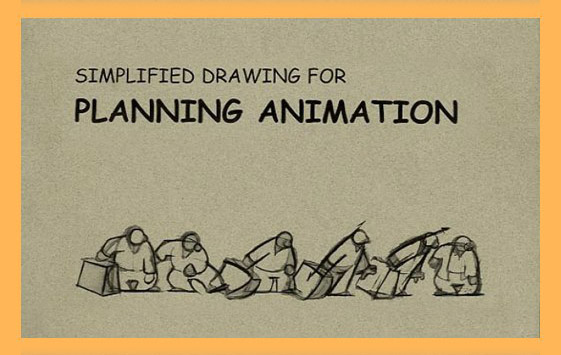 Along those lines, Monday Meeting connects motion designers all over the world to ask questions, share inspiration, and hear presentations from industry-leading artists. Their podcast is every Monday 10am EST / 7am PST / 3pm BST. This week Ryan Summers, aka @oddernod joined the chat, discussing career, social media, resources, etc. outside the box.

Extending for the next week only, this LinkedIn Learning course is free: Explore the new features of After Effects 2019 in 33 minutes or less. It’s by AE veteran and trainer Mark Christiansen. You don’t have to register, just click on the next movie when you’re ready.

If you’re playing catchup on AE 16.0, AEP has an overview of the general release that’s updated with new Help links and 3rd-party explainers and tutorials in After Effects + Creative Cloud 2019.

Also covering  the new version is Speed up Roto in After Effects with Mocha Pro 2019 by BorisFX expert Mary Poplin.

Steve Kirby shared on Twitter, “Now that AE will let you copy and paste master property keyframes, it opens up some really nice workflows for character animation.” This was an Adobe User Voice feature request.

Sine waves and triangle patterns from After Effects Tutorials w/ Mikey is from guest author Nels.

Delayed Wave Effect w/ Expressions (Index & valueAtTime) – After Effects Tutorial by MOBOX looks at “how to leverage the power of the Index expression to delay time based on the layer number. In addition, the valueAtTime expression is used to incorporate the delay into the motion graphic by finding the position of another in a stack, based on index value, pin pointing the position value at a time relative to the delay value selected. It sounds like an advanced After Effects CC 2018 tutorial, but I assure you, this Delayed Wave Effect w/ Expressions is actually an easy beginner After Effects Tutorial.” Project Files are available.

Make a real noise to use in your animations – Tutorial 146: Noice Noise discusses how to use camera noise to make different noise for animations. Project File available.

360° VR Motion Graphics: After Effects Workflow & Composition Techniques | Part 2 from Mettle shows how to bring 3D assets into Adobe After Effects to build a scene, including a 360° stereoscopic background loop made in Cinema 4D in Part 1. It’s composited with 180 green screen footage shot with a 3D 180 camera. Color grading techniques are also covered, to create a seamless futuristic design.

Cyclops2 by Kyle Martinez is a tool for After Effects to make it easier show off your “slick keyframes and smooth arcs? You know, the ones that usually include null layers, motion paths, and layer bounding boxes? Unfortunately there isn’t a native way for After Effects to render your animation with all those extra goodies. So how exactly do animators do that?” Author Kyle Martinez has additional tools available, some free on Gumroad, some at AEScripts.com, and Hose Maker, which is part of the “braindump” of tools used by the makers of Rubberhose. Here’s an example of Cyclops2:

Stephen Minty released Quickloop, a script that gives you twelve handy loop expressions without the need to type.

Quickloop is out! Three buttons with cmd/shift/alt-click options give you twelve handy loop expressions without the need to type. Get it free at https://t.co/l7YtZqmFGm ♾ pic.twitter.com/jECaRKxKDe

School of Motion is thrilled to announce a new course for January 2019, Advanced Motion Methods to enable you to learn pro-level animation techniques in After Effects. This last course is taught by Sander van Dijk, who has a number of tools, courses and tutorials available. He’s also got an older After Effects Features request site now connected to the User Voice platform used by Adobe.

Learn Squared UI and Data Design for Film, a “Sign Up Any Time” class taught by Ash Thorp, which even has a review. The same outfit hosts a motion design class by JrCanest.

Create Academy in Sarasota is launching, and has a free basics program for motion design
and character animation, and similar fields. They’re not charging for courses quite yet, curating free training, but charging for mentoring.

There is a mountain of free #motiongraphics training on the web. We've spent months curating it, and placing it into a curriculum you can work through 100% FREE. It's now live on our site https://t.co/rkXbUfSLkW pic.twitter.com/wsADUp2JS7

According to Lester Banks, Songz Meng’s free quickExp After Effects Script Lets You Work With Expressions on Multiple Layers at Once.

Apply Expressions to Multiple Layers With This quickExp Script

One of my favorite techniques for highlighting text in @AdobeAE (which I do… a lot). Set Matte effect applied to both layers, pointing at each other set to Invert. pic.twitter.com/8AAEX66B0j

How To Offset Layers in After Effects from Motion Array help you over tricky spots if you have a lot of layers. Ukramedia has a tutorial to show a few things too.

Halftone from AESweets is a newer plug-in for After Effects, to go along with some of their other interesting plug-ins. There are a ton of variations on approaches done many times previously that will have to wait for rediscovery here. Also check out tutorials by Workbench and Mikey Borup.

Even after obsessively reading about After Effects tools for years, I’d never heard of Sapphire Luna from 2016.

If you’d like some more Nebula elements to use in your projects, RocketStock has a pack of 19 Free Space Backgrounds called “Nebula” using many of the same methods as the set above.

And with this in mind, who can forget The ORB… No, that THAT Orb (or the Moody Blues one), but the free one from Video Copilot. Here’s a recent review, Video Copilot Orb Plug-in Review – Free After Effects Plug-in from Mobox.

There are some interesting points made by Cut To The Point in Why Premiere Pro Will Never Have Magnetic Timeline, which was inspired by what I’d call true believers.