Today just ahead the IBC 2022 conference in Europe, Adobe shares workflow Information on recent updates to Premiere Pro and After Effects, and announces new Frame.io Camera to Cloud (C2C) integrations with Mo-sys, Atomos, and Teradek. 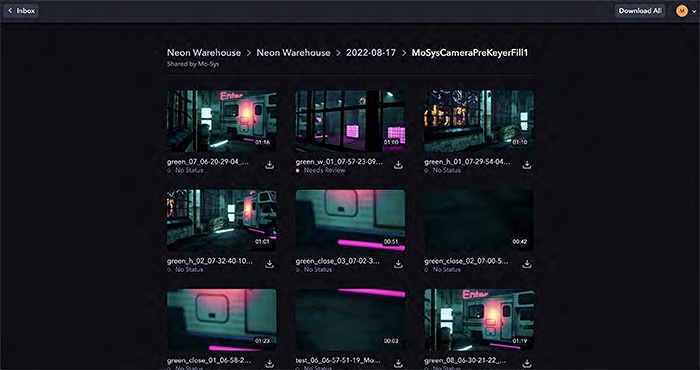 The IBC presence is outlined by Eric Philpott at Adobe in Adobe Pro Video at IBC 2022: Let the work flow, by Michael Gamboeck in How Adobe Video Solution Partners support the future of video production, and by Michael Cioni in IBC2022: New Partnerships and Groundbreaking New Technology.

At IBC, Adobe plans to live stream demoes of recent updates to Premiere Pro and After Effects. The most recent of these updates of both apps were covered in After Effects Roundup for August 2022. A prosumer level of Frame.io is built into After Effects and Premiere Pro, so you can try it yourself even with just a phone. Here’s some intros:

There will also be demos of new Camera to Cloud integrations, including Atomos Zato Connect (monitor/streamer), Teradek Serv Micro (portable transmitter for local iOS and Android monitoring), and Teradek Prism Flex (an encoder/streamer).

Beyond that, there’s new integration between Frame.io Camera to Cloud and Mo-Sys virtual production solutions, which enables video professionals to now see their visual effects scenes come to life in Frame.io, as they’re being shot on-set. Mo-Sys NearTime leverages the power of a fully automated custom Unreal render farm and can deliver higher quality real-time VFX shots in near real-time.

In the list of presenters, I’ll be looking forward to Tom Frenette from the Golden State Warriors video production team, who will show how they used Camera to Cloud to create HDR content during the team’s 2022 NAB championship run. A similar presentation of their initial use of Frame.io CRC was posted last winter, Camera to Cloud, Keep Your Head in the Clouds – CHESA, Frame.io, Adobe and the Golden State Warriors.