Everything new is new again in Creative Cloud

On June 18, Adobe will host a worldwide event from New York City on what's coming next in Creative Cloud. The presentation will start at 1:00 pm ET (10 am PT) and anyone can register to watch live. 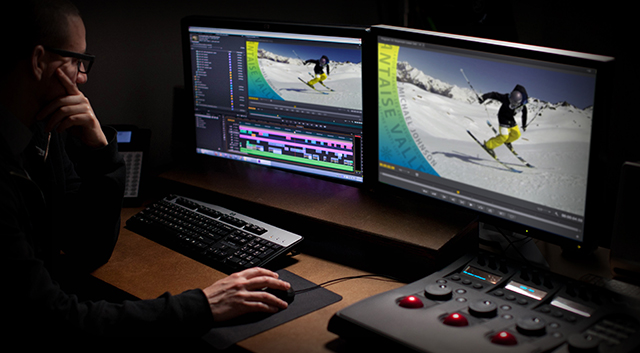 “Starting a new show and workflow on Adobe Premiere CC made the most sense for us,” said Dan Dome, associate director of post-production on Late Night with Seth Meyers. “The added benefits of working with footage natively and being able to take advantage of GPU acceleration really sealed the deal for us. Not to mention the obvious integration with all the Adobe apps we know and love really made Adobe Premiere CC the right choice for us.”

A special highlight for the video applications are new features that bring the power of After Effects into Premiere Pro. Live Text templates and new Masking & Tracking allow editors to do more inside Premiere Pro and provide a greater efficiency when moving projects between applications (or between users).

In this video, Steve Forde and Al Mooney, product managers for After Effects and Premiere Pro respectively, talk about the thinking behind the new integrations:


“We do an immense amount of green screen work,” said Sam Nicholson, CEO and founder of Stargate Studios, the VFX house behind such smash hits as The Walking Dead and Dr. Who. “The new Keying effects in Adobe After Effects CC will help us preserve fine details when we’re keying out backgrounds and control the amount of green spill left in an image so we can work faster and more precisely.”

Sign up for the Creative Cloud event on June 18.