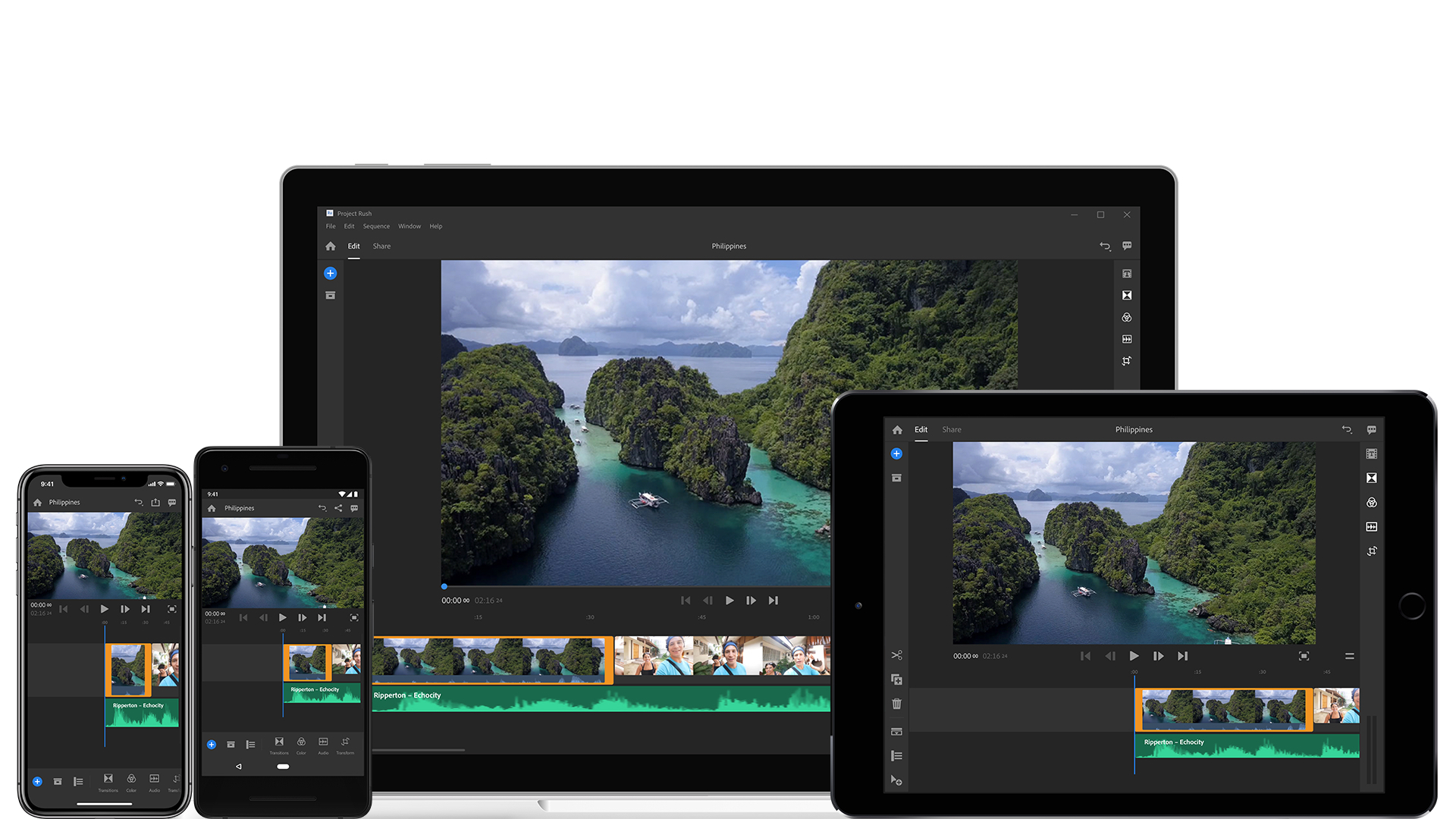 Many content producers are excited about Adobe’s new Premiere Rush. That’s the final product name for the code-named Project Rush multiplatform production tool I covered in a prior article, an episode of BeyondPodcasting, and other ProVideo Coalition contributors have covered (links ahead). Now that Premiere Rush is out of beta and officially available for iOS (iPhone, iPad, iPod Touch), macOS and Windows (but still pending for Android and Chromebook), Cielo de la Paz of The Storyographist and I have been able to determine five issues that the Adobe Rush team must address immediately, or at least the first four of them.

Visual confidence is essential when recording audio, via a visual meter. This is a standard feature in both camera apps and audio-only apps, but it’s strangely missing in the camera portion of the Premiere Rush app, as of publication time of this article. Thanks to Cielo de la Paz of The Storyographist for pointing this out.

2: No audio input selection in the camera section

Other professional camera apps like Cinema FV-5 (Android only as of publication time) FiLMiC Pro (Android and iOS, see detail in next paragraph) and MoviePro (iOS only) allow selecting among different audio sources that may be connected to the device, but Premiere Rush is currently missing this essential feature. Thanks to Cielo de la Paz for pointing this out.

It should be noted that as of publication time of this article, FiLMiC Pro only offers this audio selection feature in its iOS version, not in its Android version.

The raw recording has 44.1 kHz audio, which is non-standard for video and even non-standard for the default audio sampling frequencies for the latest iOS devices, according to Apple. Thanks to Cielo de la Paz for testing this. Ironically, Premiere Rush is recording the raw audio at 44.1 kHz and then upsampling it to 48 kHz upon final output. (Yikes!) This processes and degrades the audio for no reason.

Cielo tested this by sending the raw file to her Mac and then seeing the specs in QuickTime Pro’s inspector, as shown above. See my article All audio production & distribution should go 48 kHz for more information.

4: Lack of non-integer framerate export in the mobile version 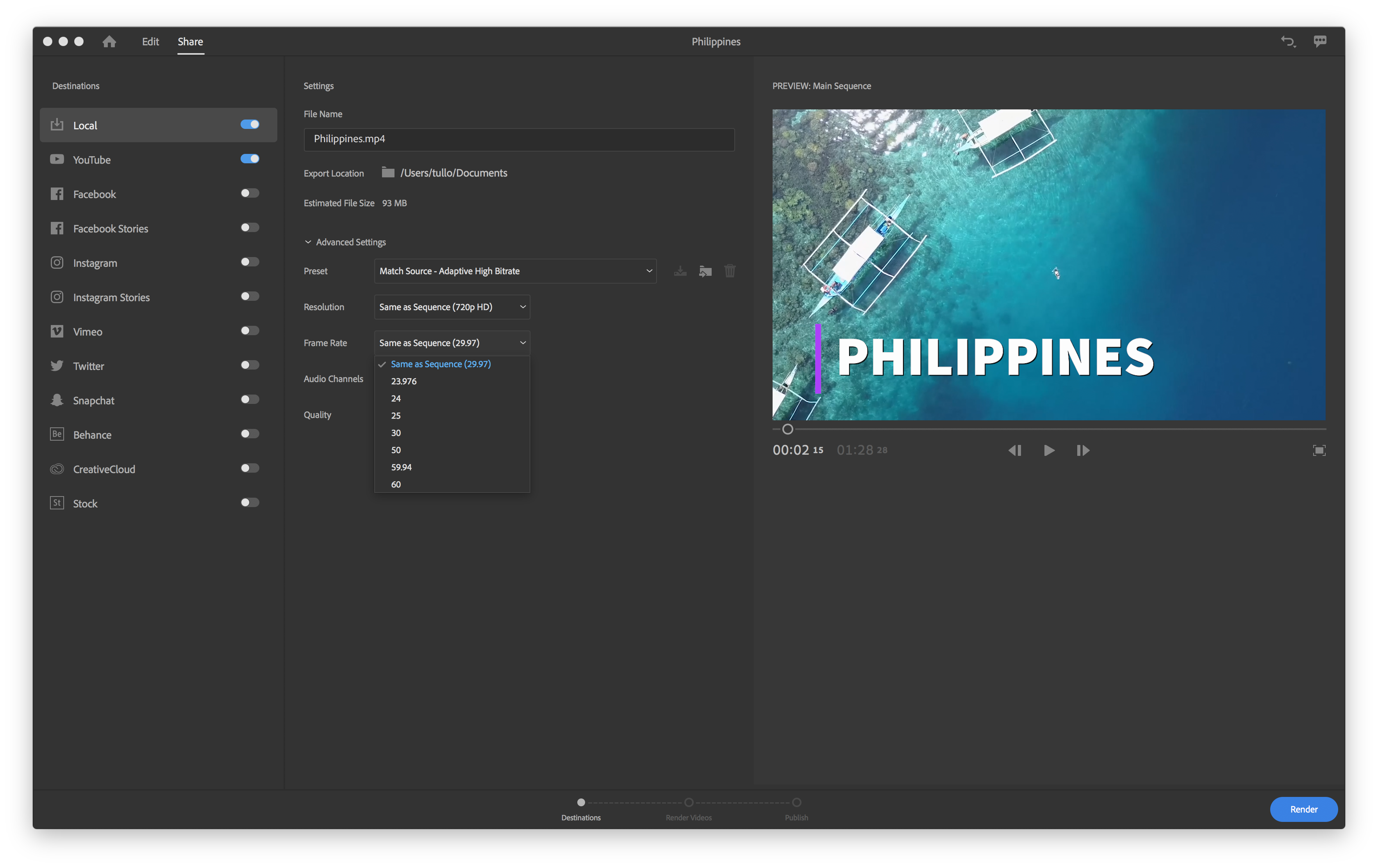 Although there are non-integer framerates in the final export on the desktop version of Premier Rush (as shown in the above screenshot that Adobe sent to me several months ago), in the camera section, Premiere Rush only offers integer framerates. I recognize that this is likely because they are using VFR/variable framerate in the camera, as Cinema FV-5, FiLMiC Pro and MoviePro do too. Our concern is regarding the final output, which is complete on the desktop version of Premiere Rush but apparently incomplete in the mobile version, as of publication time of this article.

See my related articles: When exact 24 fps beats 23.976… and when it doesn’t and Understanding iPhone framerates for shooting, editing & distribution.

It should be noted that Lumafusion for iOS indeed offers non-integer framerates after our request.

5: No support for external stabilizers/gimbals or anamorphic devices.

Cielo de la Paz has pointed out that although FiLMiC Pro offers direct integration with popular stabilizers/gimbals or anamorphic devices. I left this point for last, since this could be considered a special feature, not like a must-have like the first four. Adobe’s Rush team should address numbers 1-4 first, knowing that a stabilizer or anamorphic user can always combine FilMic Pro (for shooting) with Premiere Rush (or Lumafusion) for editing. 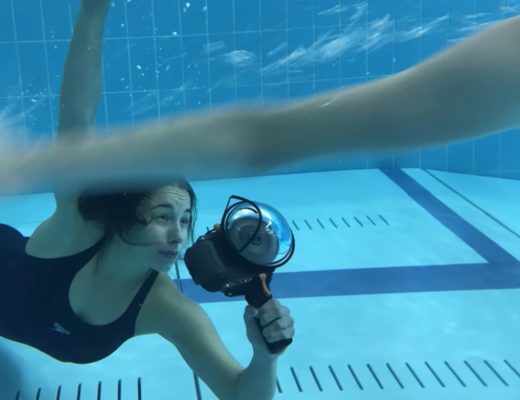 Get Your MoJo On Today is the first in a series of posts about mobile journalism (aka “MoJo”). In...

My long time readers know that exact 30 fps hasn’t been a television standard since before 1953. That was...

I have written a fair amount about about the differences about VFR (variable framerate) used with most Android, iOS...