Adobe announced the release of Adobe Anywhere for video. With Adobe Anywhere, headaches in video post involving management of assets, especially large file transfers, can be lessened for enterprise-level organizations. 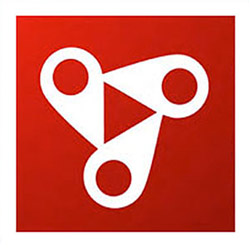 Today’s release of Adobe Anywhere supports the latest versions of Adobe Premiere Pro CC and Adobe Prelude CC, while support for After Effects CC is expected later in 2013. For pricing information, you can contact an Adobe account rep at [email protected].

Bart Walczak had Creative Impatience for Adobe Anywhere, but after details learned at NAB he extended his hopes to the future in Adobe Anywhere – Currently An Enterprise Solution Only:

“In the end, the message is pretty clear: right now Adobe Anywhere is aimed at the enterprise players like CNN and large post houses who can afford the necessary equipment or perhaps can fit it into an already existing hardware structure. Certainly, the benefits are great, but the little folk can only hope that at some point these solutions will trickle down.”

Adobe Anywhere “is installed on a cluster of servers and is powered by two core components: the Adobe Anywhere Collaboration Hub and the Adobe Mercury Streaming Engine. The Adobe Collaboration Hub contains all the project information and metadata, manages user access, and allows multiple team members to access and work on the same project files simultaneously. The Adobe Mercury Streaming Engine is a key technology used across applications and provides real-time, dynamic viewing streams with GPU-accelerated effects of Adobe Premiere Pro CC and Adobe Prelude CC sequences.”

Here's a video description by product manager Michael Coleman from 129Creative, and a look at how Adobe Anywhere was used at CNN (Firefox may not play embeds):

Later, Adobe's Enzo Guerrera, a scientist at Adobe and one of the original creators of Adobe Anywhere, talked about it recently:

New tech: Adobe Anywhere by John Montgomery at Fxguide (September 2012) had some nice detail on this new kind of collaboration:

Adobe is pushing for a new way of working together using Anywhere. “The older way of working,” outlines Coleman, “is that you would create a local project file on your machine and if you wanted to collaborate with me, you would send that to me, I would maybe re-link the footage and I’d have to figure out what to pull from your project file and my project file.”

“With Anywhere, it’s quite different,” continues Coleman. “Instead of having a single user project file, we have this new notion which we call a ‘production’. A production is a multiple user/multiple application shared workspace. You can think about it like a shared project file, but the key difference is that multiple applications can access it and multiple people can. So instead of being just limited to just PremierePro people collaborating with PremierePro people, you can have a Prelude person working on the same footage at the same time, the same folders, the same project structure as the Premiere editors are. It’s really a shared environment.”

Coleman says some of the existing workarounds when collaborating will also no longer be necessary. “The typical things people would do would be, they’d lock a bin, for example,” he says. “That would mean that you’re using that for now and no-one else could use it. So we’ve gotten rid of the notion of ‘lock’ and we now have the idea that people shouldn’t be blocked from working on things – a lot of times where I’ll just open a sequence to have a look at it – there’s no reason to block it to do that. So we allow people to collaborate on the same media at the same time, and we manage the conflicts should anything occur.”

Anywhere does this by having each user work in their own virtual ‘sandbox’ if they are editing the same sequence at the same time. “If we then share our changes,” says Coleman, “then we’d have a conflict. At that point, the system says, ‘Hey, what do you want to do? Do you want to take his changes or your changes?’” The conflicts are at the sequence or asset level, currently, and there are revert tools available too, allowing users to roll back to a previous version of the edit.