The new Import and Export modules we’ve seen the the beta come to the shipping version of Premiere Pro as well as better Frame.io integration and Auto Color

With NAB on the horizon Adobe has announced somewhat major updates for both Adobe Premiere Pro and After Effects. For those who have been following the Premiere Pro public beta for awhile this update will bring some of those features to the shipping release (we talked about some of this last year when it came to the public beta), including the new Import and Export as well as a minor interface tweak with a new “header bar.” Beyond that we see the recent Frame.io acquisition start to take shape with all Adobe subscribers getting “unique access” to Frame.io as a value add to your Creative Cloud subscription. There’s a few other things but the main things that editors are going to key in on are the new Import and Export modes in the subtly redesigned interface.

The new Import and Export modes

If you spent any time in the Premiere Pro Public Beta over the last year then you have undoubtedly seen the new import and export modes. They are pretty self-explanatory and a bit of digging around easily reveal how they work. 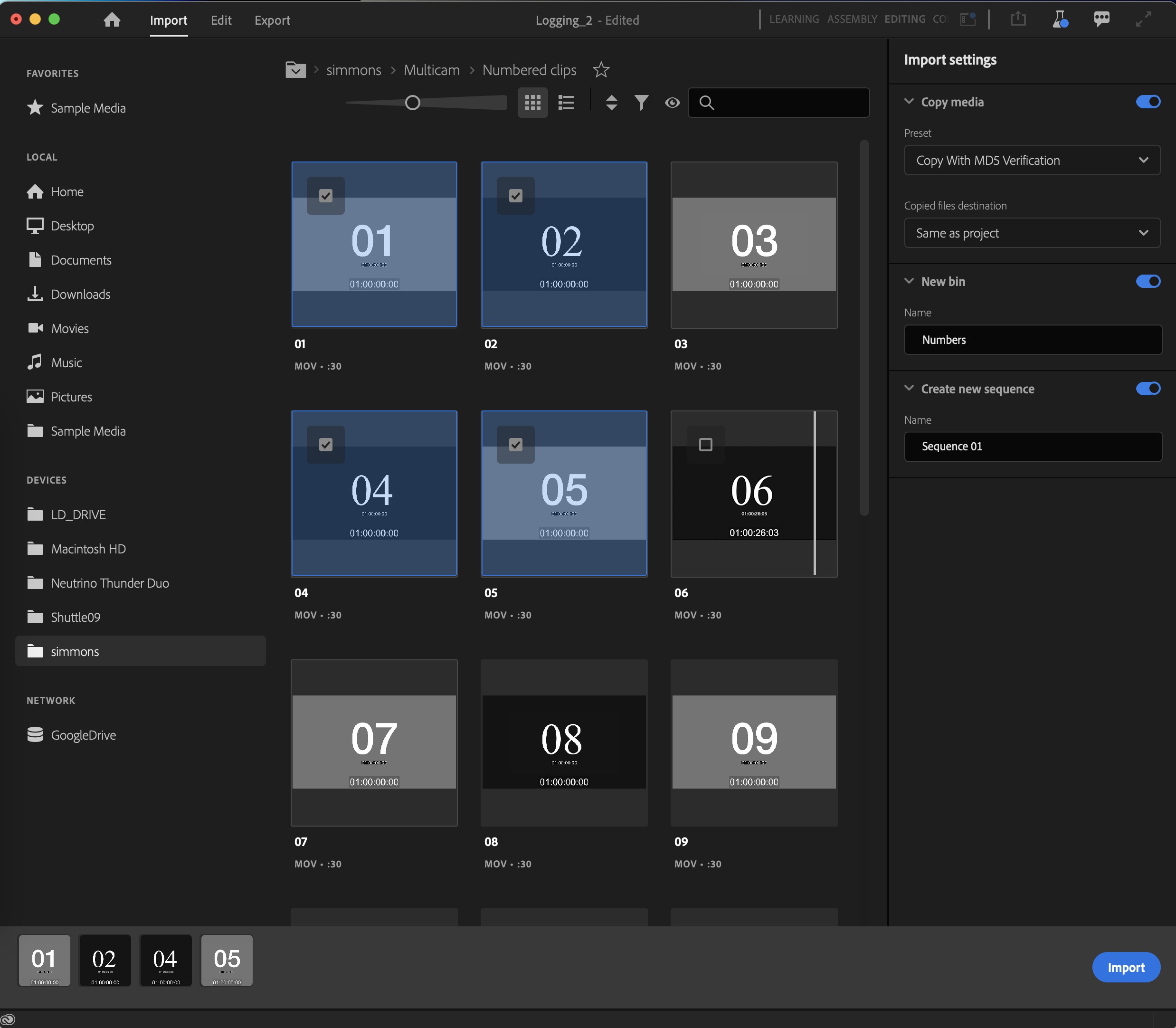 Putting some of these tools like file copy, as well as sequence and bin creation front and center when importing media isn’t a bad thing. If you’re a veteran user then the things you are used to for importing media will still be there such as the Media Browser.

Similar to the new Import mode, the new Export mode puts a lot of the settings you need at your fingertips without a lot of jumping into pop-up dialog boxes. Once again veteran editors will see a lot of the familiar switches and check boxes from Premiere’s old media export dialog box they are just arranged under new headings and twirl down menus. Editors publishing to social media will probably like that those publish options have been moved front and center as opposed to buried deep. 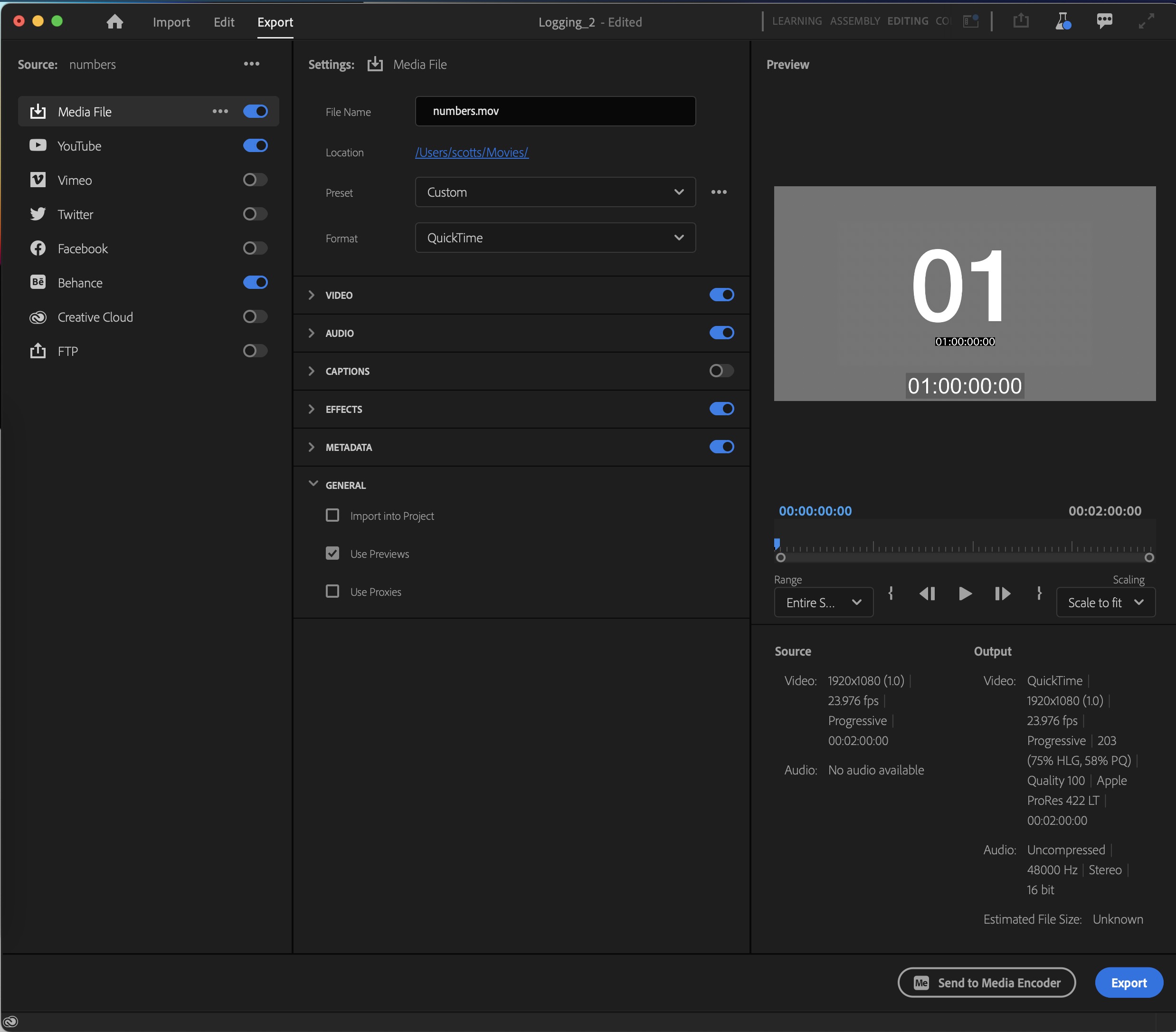 As we talked about last year, this will indeed make life easier for new editors coming to PPro.

Like the new Import and Export modes, if you’ve played with the Premiere beta recently you’ve seen this new header bar. These images are from the most recent Premiere beta and you’ve been able to give these items a play for awhile.

The aim of that header bar is to streamline the editing process with easy access to import, editing and exporting all in one place. Secondary to that would be a dedicated menu for different workspaces right in that header bar.

If you’re first thought is that his is a bit like Resolve with a tabbed workspaces always available you’re not alone in that. It’s never been particularly easy to quickly get all your media into Premiere if you were a new user so a dedicated Import space aims to alleviate just that.

One thing that is missing from this new version is the old workspaces panel which this new header bar replaces. 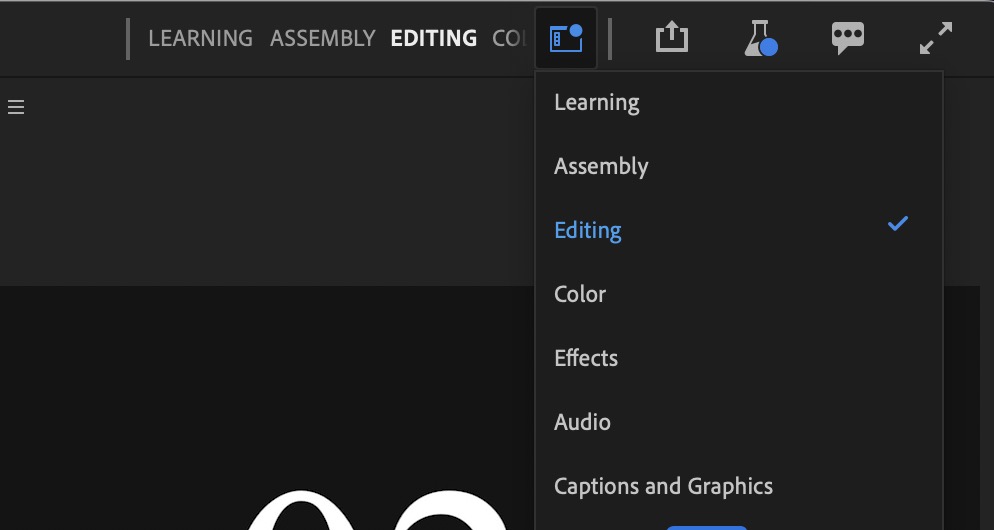 There’s a checkbox to turn off the workspaces tabs so you don’t have to actually see the name of all the different workspaces in your header bar and that cleans it up a little bit so those who like a nice and tidy workspace will play around with these new settings just a bit. Window > Workspaces is still there and you an assign your workspaces to a keyboard shortcut.

One thing you can’t do is turn the header bar off or close it up like you could the old workspaces panel. This might be a little bit controversial because if screen real estate is at a premium you might not want this header bar staring you in the face all day while you’re working. And back to that veteran editors thing again, there are many editors who don’t need or don’t want any screen real estate taken up by something that they quite literally will never really need to use.

I saw this very thing I asked about in a premiere pro Facebook group just this morning. This was the image that they had posted in the thread: 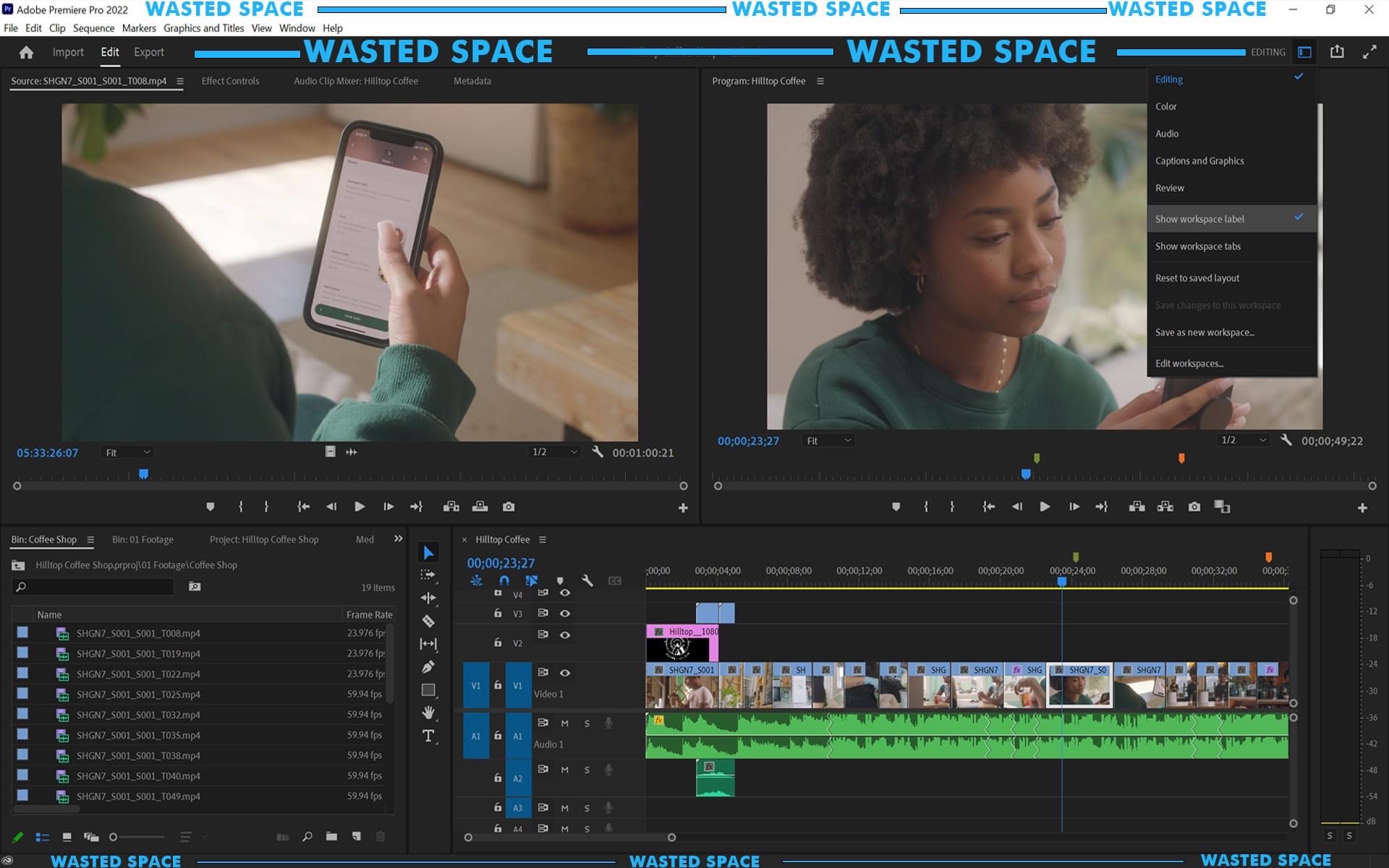 This new update will begin rolling out on April 12 so I am guessing this user who posted the picture above already had the update rolled out and the first thing they noticed was you can’t turn off this new header bar.

I am happy to report that it appears the old semi-full screen kinda-secret shortcut of COMMAND+\ (I’m guessing that CTRL+\ on a PC) will still take you to a full screen window in Premiere Pro and hide the seemingly un-hidable header bar.

That’s a good thing. But after playing around with it for a bit I’ve noticed that if you hide the header bar with this method and hit File > Export > Media then you’re stuck in the new Export mode with no way to get back to Edit mode without showing the header bar and clicking Edit to get back to Edit mode. If anyone sees a keyboard shortcut way to get back please post it in the comments below. Again, this is in the beta but maybe this has been fixed in the shipping version? I haven’t been able to update the shipping version today.

UPDATE 4/14/22: Apparently the ESCAPE is meant to take you from the Export mode back to Edit mode:

The Escape key takes you from Export mode back to Edit mode.

Ok, that’s cool but then I tried it with mixed results.

We’re looking into why Escape sometimes doesn’t work. Either way, I hear you and agree that we need full keyboard shortcut support for the modes.

As of this morning I believe the rollout should be finished to all users.

Good to know that Adobe is aware of this. Now, how to get out of the Import mode …

Those are the big things in this new release that I think many editors, especially craft editors, will be most interested in. There are some other things in this new Premiere Pro release as well as the new After Effects release. The bullet points for those are below.

It’s nice to see the Adobe acquisition of Frame.io starting to pay off for Premiere Pro and After Effects users. Feature wise it looks like this update is mainly focused on the Frame panel being included for everyone since all subscribers now get access to Frame.io part of their subscription. Hopefully tighter integration will come in the future. Subscribers now get 100GB of Frame.io storage so there is no reason not to have your client doing proper review and approval.

And the bullet points:

I really look forward to seeing where this acquisition and takes Frame and Adobe.

When can you get these updates? From Adobe:

The newest versions of Premiere Pro and After Effects will be available in a phased release, starting on April 12. Over the following days, the new versions will roll out to all users via the Creative Cloud Desktop application.

Here’s the bullet point list of all the new features in this April 2022 update to Adobe Premiere Pro and After Effects.