Content-Aware Fill is not a new feature for photographers, but in After Effects it completely changes the way video is edited. Adobe just found the ideal way to show how it works, in Game of Thrones. 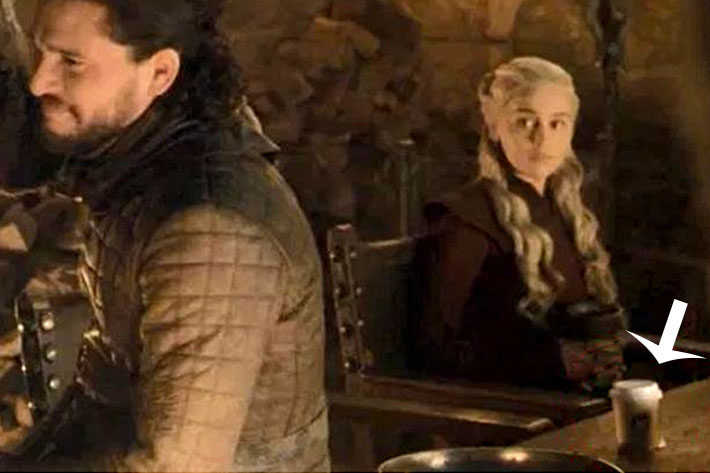 The new Content-Aware Fill feature present in After Effects is ideal to clean mistakes made during video production. Adobe just demonstrated it, by cleaning the Starbucks cup from Game of Thrones.

No, the Starbucks cup that appears in a recent Game of Thrones episode (Season 8, Episode 4), wasn’t there to confirm that Starbucks is so popular that even in the medieval universe of Game of Thrones they drank the company’s coffee. It was a mistake in production, one of those things that happen, confirmed Game of Thrones executive producer Bernie Caulfield during an interview with WNYC.

The series does seem to have more problems than a Starbucks cup on scene, though, as fans have signed a petition calling for a remake of the whole season 8, with the story penned by new writers. While that’s something that in no way can be solved by After Effects or any other video editing solution, the Starbucks cup goof was, apparently, easy to delete from the scene where fans of the series spotted it.

Using the most recent version of After Effects, Adobe’s Jason Levine showed how easy it is to remove objects from a video. Levine created a short video from the segment showing the strange object left on a table in Game of Thrones, and using Content-Aware Fill, previously only a Photoshop magic, made the Starbucks cup vanish. 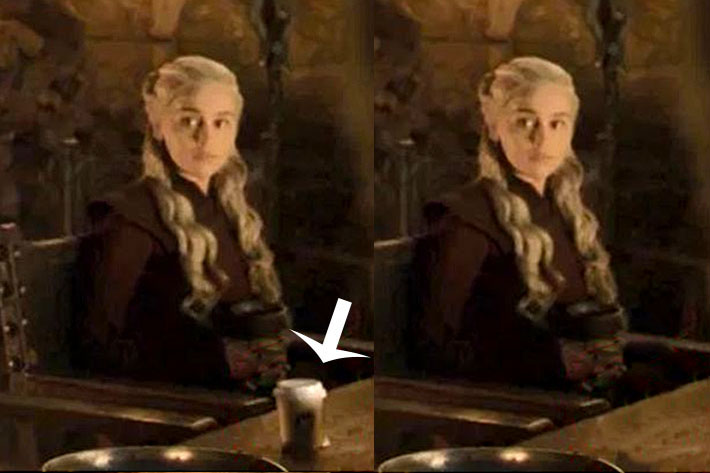 The new After Effects tool was introduced this April, as a way to remove unwanted objects or areas from a video, a task that can be a time-consuming and complex process using the methods usually available. With the Content-Aware Fill feature, says Adobe, “you can remove any unwanted objects such as mics, poles, and people from your video with a few simple steps”. Adobe never imagined that one of their first demonstrations of the feature would be to remove, even as an example of what the tool can do, a Starbucks cup from a scene in Game of Thrones!

Powered by Adobe Sensei, Content-Aware Fill is temporally aware, so it automatically removes a selected area and analyzes frames over time to synthesize new pixels from other frames. Simply by drawing mask around an area, After Effects can instantly replace it with new image detail from other frames. The tool gives users the option to help get the fill to blend seamlessly with the rest of the image. The Content-Aware Fill panel contains various options to help users remove unwanted objects and fill transparent areas.

The video created by Jason Levine is a clear demonstration of the potential of the new After Effects feature to fix production problems, without the need to reshoot scenes, so the public never gets to see the error in the first place. Obviously, someone has to find the problem before production ends, what apparently was not the case in Game of Thrones. Now, if there is a remake in the future of the series, the producers  know they can leave all the Starbucks cups on the table, because After Effects Content-Aware Fill will come to the rescue!

The GOT goof has started a trend, and people playing the game Skyrim, which shows a universe not distant from Game of Thrones, have created a mod that places Starbucks cups over tables in the game’s scenes.