Following the recent important Creative Cloud dot updates (Premiere, After Effects), Adobe adds good news in 360 video and VR with its acquisition of all SkyBox technology from Mettle, a developer of best-in-class 360-degree and virtual reality software. The Skybox toolset was designed for post-production in Adobe Premiere Pro CC and Adobe After Effects CC, and extends Creative Cloud’s existing 360/VR cinematic production technology.

Expect to see some amazing technology by the end of the year, including the Skybox tools you know and love, deeply integrated in Premiere Pro and After Effects. Current Adobe Creative Cloud paid subscribers can get access to the plug-ins now by sending an email to [email protected]. Include your Adobe ID and first and last name as it appears on your account. We’ll get back to you within 24 hours.

Existing SkyBox customers will continue to have the same contact and support process through Mettle (www.mettle.com/support). While SkyBox plug-ins will no longer be available for purchase during the integration process, Adobe will work to create a seamless integration for Creative Cloud subscribers by providing uninterrupted service and customer support during the transition.

Workflow picture from Producing High Quality VR Content by Jamie Pence at NAB 2017 (Mettle plug-ins are represented by the black and white icons).

To strengthen the Adobe position in 360-degree and virtual reality, Mettle co-founder Chris Bobotis will join Adobe. Recently featured in Forbes, Chris brings more than 25 years of production experience (including the creation of Forge Freeform and Shapeshifter plug-ins) to his new role. Introduced in April 2015, Mettle SkyBox was the first plug-in to leverage Mettle’s proprietary 3DNAE Technology, and its success quickly led to additional development of 360/VR plug-ins for Premiere Pro and After Effects. Today, Mettle’s plug-ins have been widely adopted by leading companies world-wide, such as The New York Times, CNN, HBO, Google, YouTube, Discovery VR, DreamWorks TV, Disney Imagineering, National Geographic, Washington Post, Apple, and Facebook, as well as independent filmmakers and YouTubers.

“Mettle will continue to operate as a standalone company, led by Nancy Eperjesy, co-founder of Mettle. FreeForm, FreeForm Pro and ShapeShifter AE, After Effects 3D plugins that are 360 compatible, are still available and now have a lower price tag.” 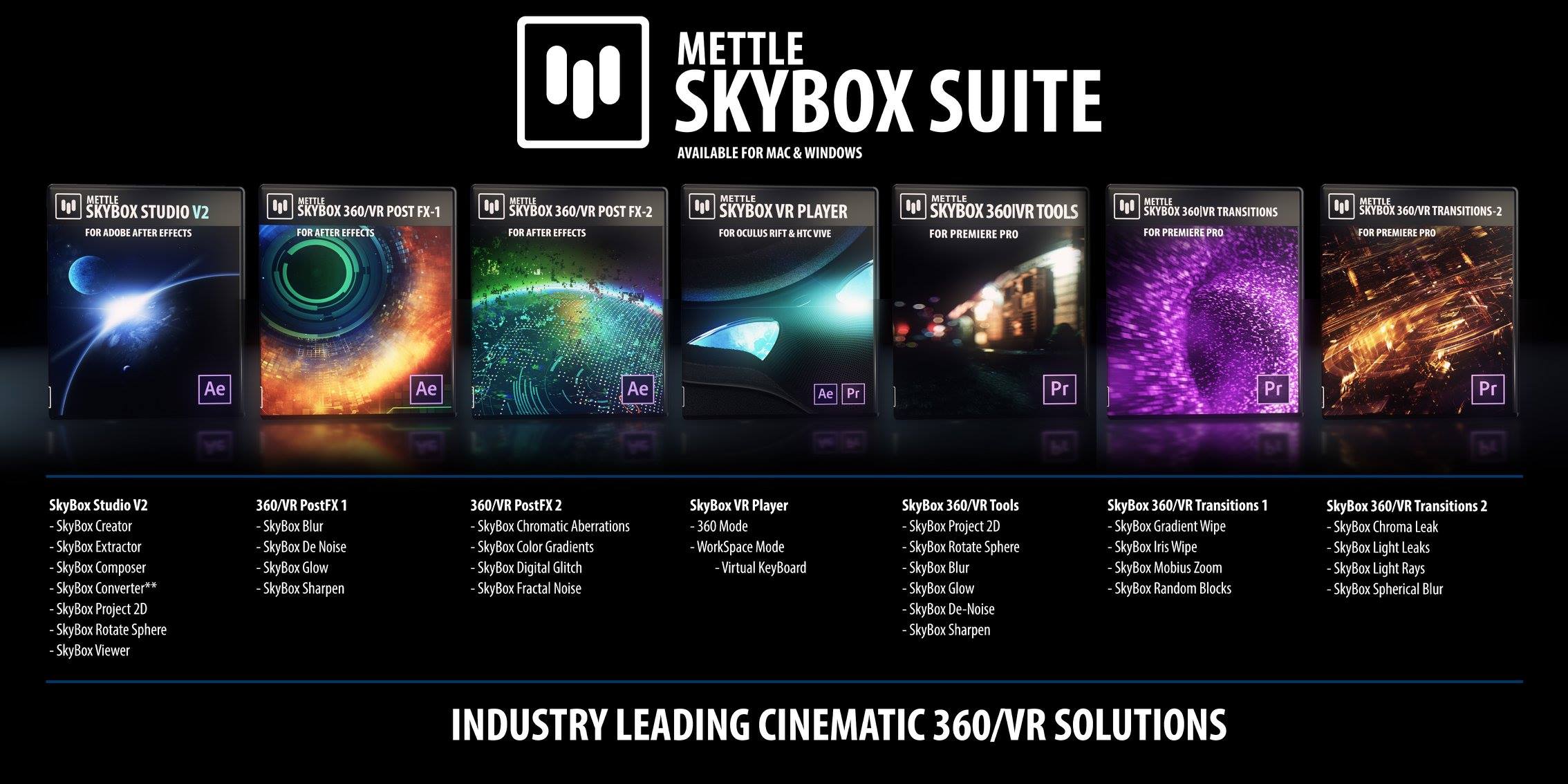 .
Mettle has kept apace with case studies and tutorials as the VR drumbeat has proceeded, so there’s a healthy library of videos for Mettle tool use with Creative Cloud. Here’s Chris explaining the tools for Pro Video Coalition’s Neil Smith at NAB 2016 (use Google Chrome for VR experience):

Jason Levine spent an hour on How to Edit 360/VR Footage in Premiere Pro CC 2017, without Mettle Skybox

There’s also a new free Mettle 360/VR Master Training Series that’s available now on the Mettle website. You can look forward to some integration, and perhaps further developments, in a Creative Cloud update before year’s end (often September and December), and now learn more about Skybox from these resources:

It seems like technology demonstrated in the 1992 QuickTime 1.0 Development kit CD is nearly ready for mass deployment!