Created and rendered in real-time 3D using Unity 2017 by Oscar-nominated director Neill Blomkamp and OATS Studios the third installment of the ADAM is now available online. 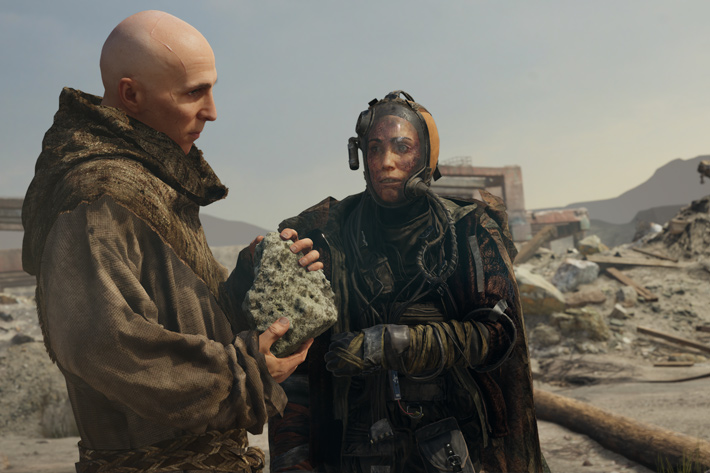 ADAM: Episode 3 is now available to watch on YouTube. The episode was created by Academy Award-nominated director Neill Blomkamp and OATS Studios using Unity 2017. The series explores a world where human prisoners have had their consciousness transferred into the bodies of mechanical cyborgs.

“I have had the privilege of leading VFX on blockbusters like ‘Fast and Furious 6’ as well as story-driven sagas such as ‘Zero Dark Thirty.’ In my years, I’ve never had a more powerful and instantly responsive toolkit than Unity,” said Chris Harvey, VFX Supervisor, OATS Studios. “Working in real-time in Unity 2017 gives the team the flexibility to make important creative changes without having to suffer the consequences of reshoots, saving us time and money.”

The original ‘ADAM,’ created by Veselin Efremov, was released in 2016 as a short film to demonstrate technical innovations of Unity. It won a Webby Award and was screened at several film festivals including the Annecy Film Festival and the Nashville Film Festival. ‘ADAM: The Mirror’ picks up after the end of the events of ‘ADAM’ where the cyborg hero discovers a clue about what and who he is. ADAM: Episode 3 gives viewers their first glimpse of one of the villains in the ‘ADAM’ universe.

OATS was founded as an indie film studio that experiments with the latest filmmaking technologies, and their work on the ‘ADAM’ franchise is the first time they have worked in a real-time creation engine like Unity 2017. Harnessing the power of real-time rendering, OATS used Unity 2017 to create photorealistic graphics and lifelike digital humans. This was achieved through a combination of Unity’s advanced high-end graphics power, new materials that utilize the Custom Render Texture feature, advanced photogrammetry techniques, Alembic-streamed animations for facial and cloth movement, and Unity’s Timeline feature.

“More and more of the world’s boldest filmmakers are choosing Unity to help bring their creative vision to life,” said Isabelle Riva, Head of Made with Unity, Unity Technologies. “By shooting and rendering in real-time, Blomkamp and his team at OATS were able to achieve breakthrough visuals that stand as a monument to the level of graphics achievable on Unity. We can’t wait to see what the next wave of game developers and filmmakers create.”

ADAM: The Mirror and ADAM: Episode 3 were created back-to-back by a team of 25 people over the course of six months, and they demonstrate the latest technologies Unity 2017 has to offer. Innovations in these short films include:

The short film is another step to demonstrate the potential of Unity and how it empowers the boldest creators to realize their creative vision and achieve beautiful results quickly, easily and in real-time.