Light: The Good, The Bad and The Right 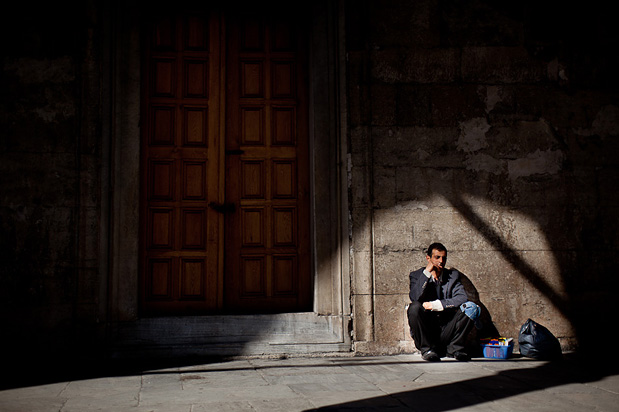 Light is used to create a mood. There is no bad light. Just the wrong light.

Light is a funny thing. To be more precise, the photographers perception of light is a funny thing. I’ve noticed recently, many photographers look on light in terms that are very black and white (pun not intended). By that, I mean they describe light in terms of “good” or “bad” light. OK… I’ll admit that I’ve also found myself describing light in these terms. But, that’s doing light a disservice. Because light is neither good, nor bad it just is. A photographer’s job or maybe better still, a photographers responsibility is to learn what light is appropriate for a given subject. What light is needed to fulfill the vision he or she has for the photograph they are making. 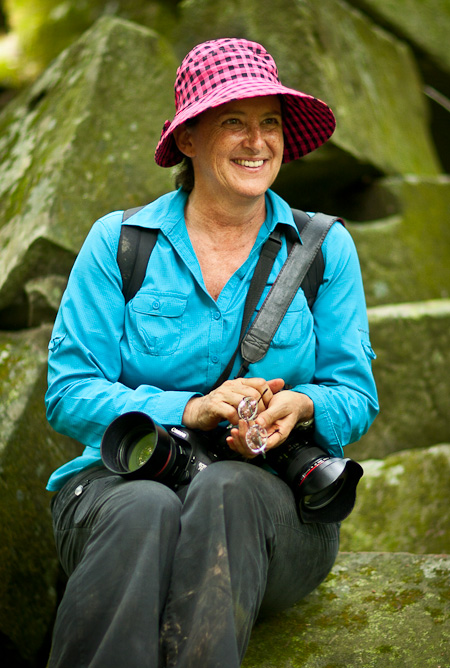 I am learning that many inexperienced photographers don’t understand this concept. They look on light as something to expose the sensor and given them the “correct” exposure. They don’t understand that even though light might not be good or bad, all light is not created equal. Natural light changes at any given moment. It can be direct or diffused, it can be a large source or a very small source. Each one of these differences create a completely different look and thus a completely different feel in an image. Recently, I was standing in some jungle foliage where the canopy of leaves was so thick that there was no direct light from the sun reaching the ground at all. Yet, 100 feet further on there was a break in the canopy and the sun shone directly onto the ruins we were standing by. I was taking a photograph of someone in the light from the canopy when a student suggested we move over to the “better light”. I look to the student with a certain amount of disbelief. The light we were standing in was amazing. The leaves were bouncing the light all around so that a soft, diffused, even light fell upon the subjects. For a portrait it was hard to ask for anything better. It not only gave us soft shadows, it made the beautiful lush green of the jungle moss rich and jade like (See the images of Melissa above). Somewhere along the way, somebody had taught this student that he needed to get his subject into the sun for the best light. Rubbish.

Just as some photographers don’t recognize that light has qualities that we need to look for, others buy into blanket statements about light’s qualities.

Photographers are always going on about the “golden hour” (an hour or so after sunrise and before sunset) and how it is the “best time” to photograph. Certainly, for landscape or cityscape photography this is an amazing time of day and can produce some beautiful images. What makes these hours so special is the wonderful golden color of the light shining through the atmosphere and the beautiful long shadows that can give detail and texture to a subject. Sometimes, these same people who praised the golden hour will often tell a photographer they might as well just stay indoors when the sun is high in the sky. The noon-day light is too direct and harsh and will cause shadows that can be unflattering on a person and can flatten out any landscape. These statements are true in part. But we don’t want to work in generalizations. 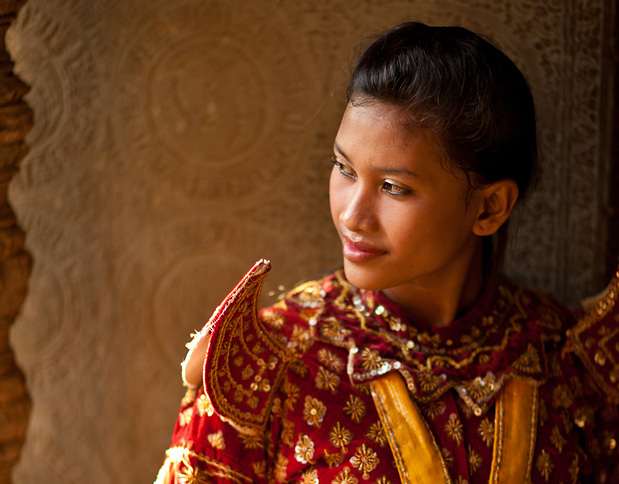 It’s about finding the right light for what you want and need for the image you are making. If I’m shooting a landscape, I generally want my light to accentuate the texture of the land, the rolling hills, the tall concrete buildings or whatever my subject may be. The “golden hour” is perfect for this. But that same light that accentuates the texture of the land can also accentuate the textures of someone’s face, bringing out all the blemishes and making harsh shadows that are quite unbecoming. However, if I take that same light at that same time of day and I bounce it off of a reflector disk (or in this case a stone wall) to accentuate the Apsara Dancer, the light is redirected and becomes diffused and soft.

Something else happens: the light that was coming from a relatively small source, the Sun, is now bouncing off a huge wall. The wall is now our ‘source’ even though the Sun is the origin of the light. A rule of light is the larger the light source the softer the shadows (see figure 1). A common misconception is that by spreading the light over a widerarea the shadows will soften the shadows – not, true.

Look at the Sun: it’s spread over half the earth and the shadows are quite harsh. If we could move the Sun closer to the Earth without burning it up, the shadows would be softer – counter intuitive, I know.

Let’s take a look at that noon-day light. It’s true mid-day light is harsh if not filtered by the clouds and can be quite unflattering but by simply placing your subject in a shadow just outside of the noon sun, the light can become softer and gentler on your subject. Often this light is bouncing off another building, turning the building into a large reflector or in the case of the jungle situation, the light is bouncing off leaves and diffusing the light. The jungle canopy is now acting as a huge soft box and the light falls upon the face of the subject, revealing soft shadows that can flatter the most wrinkled face.

Photography is not just about knowing your camera; it’s not about having just the right lens; it’s not all about f-stops and shutter speeds – important as all these things are! It’s also about knowing where to find the right light and understanding it. Once you understand this, lighting not only becomes easier, it also becomes fun.