We always think about flying when drones are mentioned, but the Trident is an underwater drone, able to capture video. It’s the second project from the same team to be launched on Kickstarter. 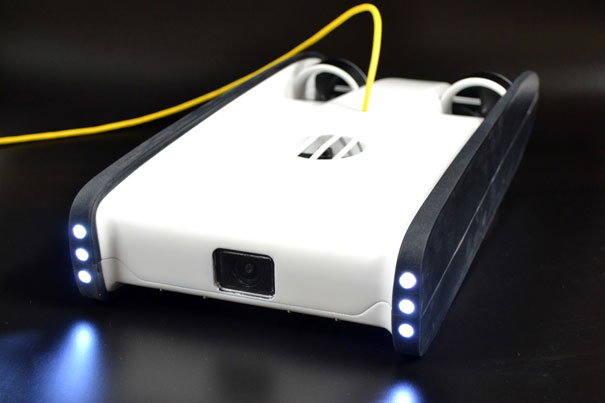 The Trident is easy to use and comes ready to go. Most importantly, it is incredibly fun to fly… underwater. Yes, because the Trident, the new OpenROV project, is an underwater drone that everybody can use to explore underwater as many have done with flying drones.

Flying really is the best term to use when you refer to the control of the Trident drone, says the team responsible for the project, “because that’s exactly what it feels like when you’re piloting.” Much like a drone or aircraft, the underwater drone can fly in long, straight survey lines called “transects” as well as perform delicate manoeuvres in tight spaces, all while maintaining a sleek and powerful form factor.

The Trident is an all-new, low-cost, underwater consumer drone. Part of an ongoing mission to democratize ocean exploration, this model is simple enough to “plug in and go,” and capable enough to use for scientific research and serious exploration.

The Kickstarter campaign will end in some 42 days, but the project, launched on September 14 is already funded. A total of 666 have pledged $437,684 of a $50,000 goal in just four days. In fact, it took 5 minutes for the project to reach its initial goal! The success of a previous Kickstarter campaign, in 2012, explains, partially, why this one is running so well. The first OpenROV Kickstarter project was a hit – making almost $100,000 more than their $20,000 goal. Since then they have grown significantly, shipping over 1700 OpenROVs to more than 32 countries around the world. Now the Trident comes in, to expand the adventure further.

OpenROV has already established a rich community of makers, explorers, and ocean enthusiasts with its popular OpenROV kits. The company began in 2012 when co-founders Eric Stackpole and David Lang came up with the design for an expedition to find gold lost in an underwater cave. Noticing there weren’t any affordable underwater ROVs on the market, they realized that they were tapping into a burgeoning trend that enabled citizen explorers and scientists.

After four years designing and piloting underwater drones, the team takes a new step, with the Trident. They say: “we’ve taken everything we’ve learned and completely re-imagined what an underwater drone could be. Trident has a unique design that combines the versatility and control of an ROV (Remotely Operated Vehicle) and the efficiency of an AUV (Autonomous Underwater Vehicle).”

The Trident underwater drone weighs less than 3kg, and is small enough to fit in a backpack or underneath an airplane seat. It can dive to 100m depth. Its hydrodynamic shape allows it to move both quickly and precisely. Trident sends live video back to the surface by way of a thin, neutrally buoyant tether, and is controlled by a laptop, smartphone or tablet at the surface. 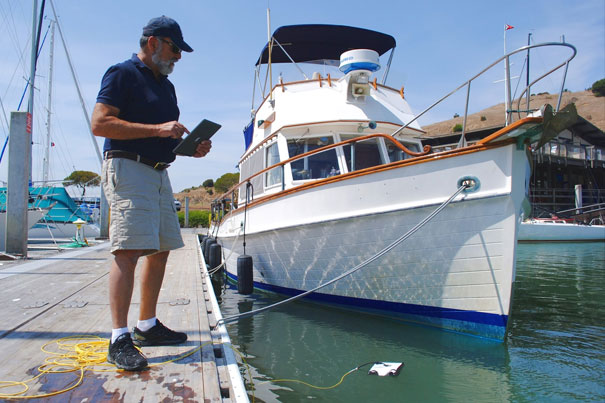 Potential applications for Trident are numerous, including: marine biology projects, dive site surveys, boat inspections, and underwater exploration. And video, obviously. The underwater drone opens a whole new frontier. The HD video stream allows the pilot to view the underwater world in a way that has never before been possible, and Trident’s ease of operation makes flying the robot fun and exciting for anyone – regardless of technical skill. The OpenROV team has spent the past three years designing, testing, and developing Trident with the end user in mind. 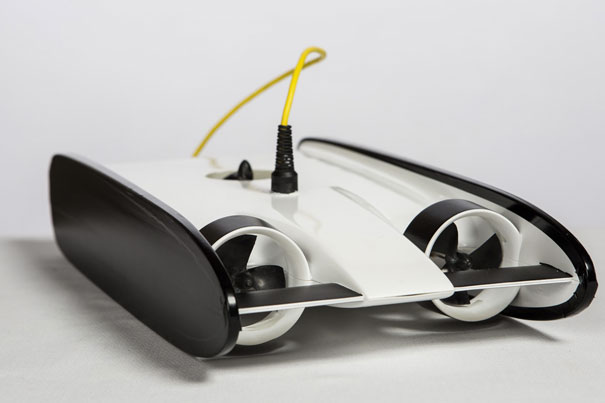 Writes David Lang about this movement towards accessible research tools, “The cost of asking interesting questions and then sharing those results with the wider world has been drastically reduced. New discoveries can come from anyone, and from anywhere.” At his TEDx talk earlier this year, co-founder Eric Stackpole remarked, “I like to picture a world where hundreds of thousands of people have access to these kinds of tools for exploration. What happens when you put this kind of ability to explore the world in the hands of everybody?”

The Trident expected delivery is November 2016. The retail price for the basic kit will be $1199.