The launch of Apple’s 27-inch 5K display is one more sign that the market never stops. 5K monitors are the next big thing. 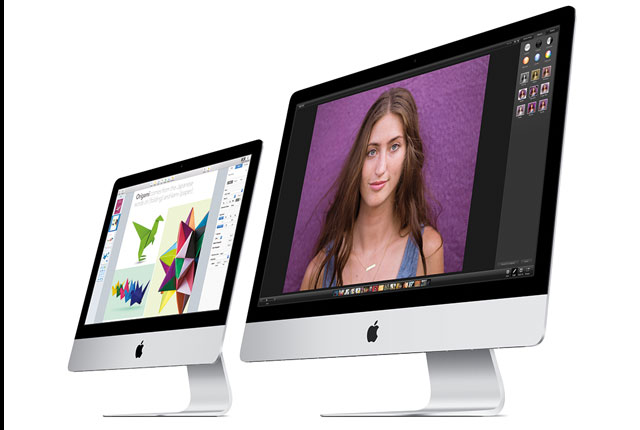 A selection of 4K Monitors at low prices was recently published here at PVC – 4K Monitors Under $850 – , but that seems to be old news now. Apple has just presented their new 5K monitor, and they’re not alone. Dell also has a new 5K monitor to show. These are some expensive gifts for the coming Christmas. But a new 8K DisplayPort standard was announced last September, making 8K monitors a viable option in a near future.

The new iMac from Apple is, “the most insanely most insanely great Mac we have ever made,” said Philip Schiller, Apple’s senior vice president of Worldwide Marketing at the launch of the new product. “With a breathtaking 14.7 million pixel display, faster CPU and graphics, Fusion Drive, and Thunderbolt 2, it’s the most beautiful and powerful iMac ever.”

The 27- inch iMac with Retina 5K display, features the world’s highest resolution display, with a breathtaking 14.7 million pixels. At this amazing resolution, text appears sharper than ever, videos are unbelievably lifelike, and you can see new levels of detail in your photos. With the latest quad-core processors, high-performance graphics, Fusion Drive and Thunderbolt 2, iMac with Retina 5K display is the most powerful iMac ever made—it’s the ultimate display combined with the ultimate all-in-one.

iMac with Retina 5K display delivers an amazingly immersive user experience. With a resolution of 5120 x 2880, iMac with Retina 5K display has four times more pixels than the standard 27-inch iMac and 67 percent more pixels than a 4K display. In apps like Final Cut Pro X, you can view 4K video at full size while still leaving plenty of room for your assets and editing tools. 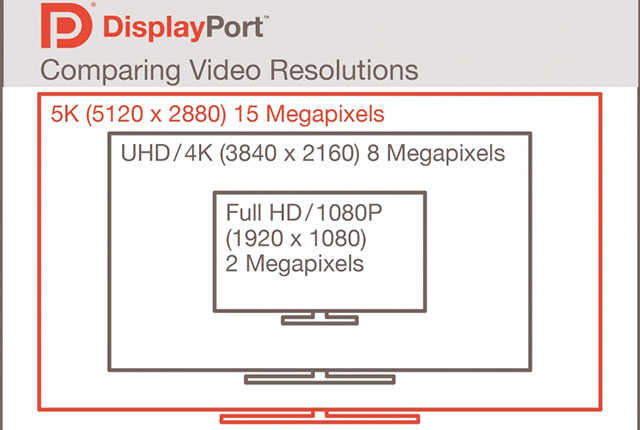 iMac with Retina 5K display is already available in the market, with a 3.5 GHz quad-core Intel Core i5 with Turbo Boost speeds up to 3.9 GHz, AMD Radeon R9 M290X graphics and a 1TB Fusion Drive for a suggested retail price of $2,499 (US). 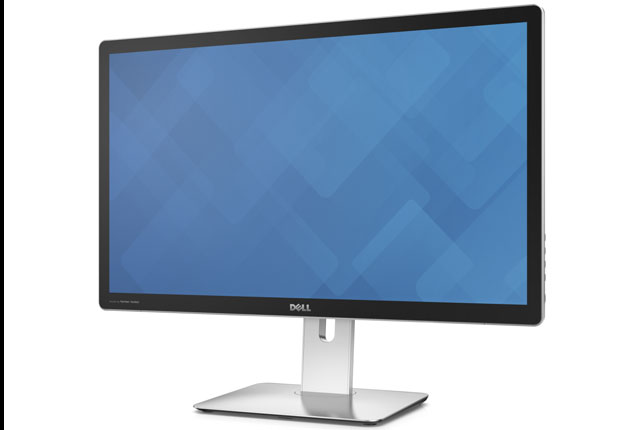 Apple is not alone in the 5K monitor run, and they are not even the first. In fact, Dell’s new monitor, the UP2715K, offers 5120×2880 pixels into a 27-inch Crystal Clear panel. That’s 5K for you. The price for this monitor is $2,499 (US), and that’s interesting (or not) because the price is similar to Apple’s new iMac but with a difference: Apple offers a whole computer with the monitor!

To use a monitor with such a high resolution one really needs to have a powerful computer, and that’s what Apple created to run their 5K monitor. Those wanting to go Dell’s way have to check the computers they use, to see if they can manage to show all the pixels on the screen. The new Dell’s UP2715K offers close to 70 percent more pixels than 4K panels, but also needs to run over two DisplayPort 1.2 ports. If your machine is not up to the task, you can always run in 4K mode using a miniDisplayPort available. Or buy a new computer! 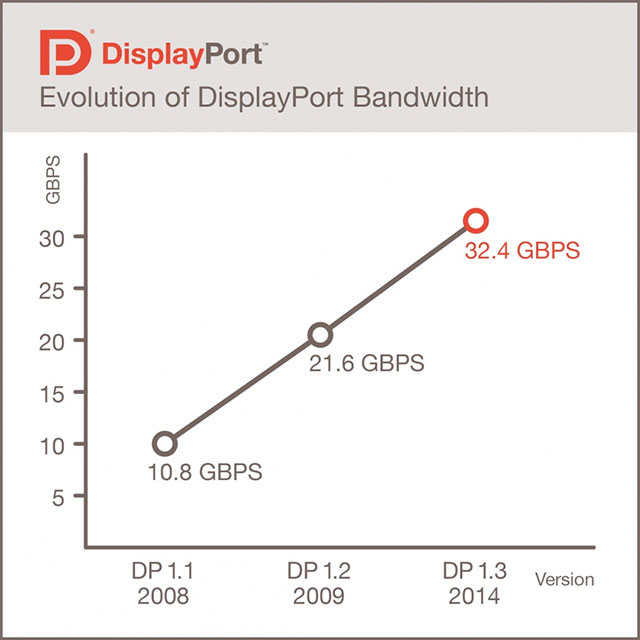 The future, at least for now, is really 5K (I hear that 6K is coming soon…), so expect to see new 5K monitors coming to the market, even if they are not, yet, mainstream. Are you still using an old FullHD? That’s obsolete, you know? And the same will happen to 4K, it seems. But to go 5K one needs a better solution than sending the pixels through two DisplayPort 1.2 ports, and the solution is already coming. In fact, the Video Electronics Standards Association (VESA) announced in September 2014 the release of the DisplayPort 1.3 standard, which is the solution for the near future.

According to the VESA, “the increased bandwidth enables higher resolution monitors, including recently announced 5K monitors (with pixel resolutions of 5120 x 2880) using a single DisplayPort cable without the use of compression. It will also enable higher resolutions when driving multiple monitors through a single connection using DisplayPort’s Multi-Stream feature, such as the use of two 4K UHD monitors, each with a pixel resolution of 3840 x 2160, when using VESA Coordinated Video Timing.” 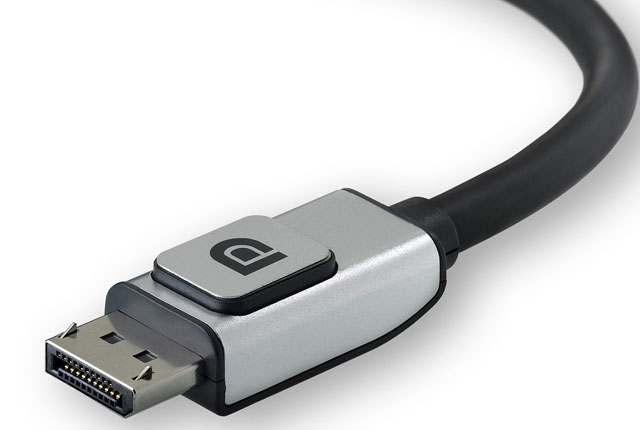 “While becoming a mainstream video standard, DisplayPort continues to be at the cutting edge of A/V transport,” said VESA Board of Directors Chair Alan Kobayashi, Fellow & Executive R&D Management for DisplayPort Group at MegaChips Technology America. “These new enhancements to DisplayPort will facilitate both higher resolution displays, as well as easier integration of DisplayPort into multi-protocol data transports, which will satisfy consumer’s desire for simplicity and ease-of-use.”

With VESA creating the DisplayPort that, with “simplicity and ease-of-use” will take us to 8K, nothing will stop the market from trying to reach that goal. More pixels, more resolution, more of everything, it’s like a snowball moving the market, new monitors creating the need for more powerfull computers. Meanwhile, all those monitors with high defnition suggest the need for video cameras with higher resolutions, insanely high resolutions, meaning the need for more bandwith and also more storage space. Will this ever stop? Who said the megapixels race was over?

To know more about the DisplayPort 1.3 download the pdf. 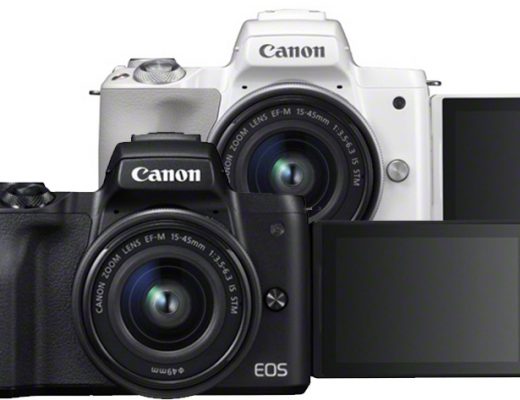