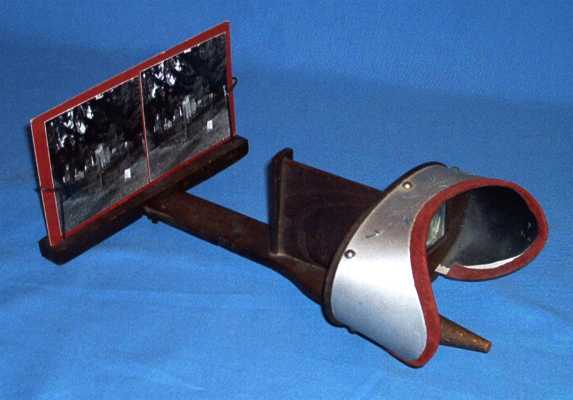 Day One of NAB was 3D day in the Content Theater, and at the end of that day, I participated in a podcast discussion with Ron Brinkmann and Mike Seymour all about stereo imaging, which seems to have been a major official trend at NAB this year. At the end of the on-air discussion we did an informal poll and found that half the folks in the room felt that 3D display would be a bona fide new artistic medium within the next few years, and the other half – with whom I’m aligned – felt that stereoscopy remains the fringe curiosity it has always been, at least in regards to narrative filmmaking. U23D as an experience is hard to top – I even overheard other moviegoers express how preferable seeing that movie in IMAX was to actually attending a U2 show – but the legitimacy of 3D display for a mainstream Hollywood film is only being debated, it seems to me, because James Cameron has put the issue on the table.

My thought is that even if Avatar does revolutionize the use of 3D in tentpole Hollywood blockbusters, few (if any) other filmmakers will be able (or willing) to match, let alone top it. Also, as long as headgear is required to view images in 3D – and the polarized specs I received for U23D take the cake – we humans are really no further along technologically than when we started down this road (although the imaging technology itself for the price point is improving by leaps and bounds thanks to IMAX and high-frame-rate digital displays).

Until it’s a hologram, no goofy glasses required, any move toward 3D is going to look like what it’s always been – something cinemas grab onto when sales are under downward pressure. 3D can be fun – 10 year olds love the 3D films I worked on for Robert Rodriguez – and James Cameron will no doubt provide an amazing experience, with or without the extra dimension – but 3D on the projected screen is is a boon to immediacy and sensation, not emotion and story. U23D in IMAX is a fantastic spectacle – better in many ways than actually attending a U2 show – but if we see more of these in cinemas, it can only mean that substantial stories have headed for the more intimate home theater.

Read this article about Internet video editing and then TikTok

No more dog bark, room echo or video noise are some of the reasons to use the new NVIDIA...

Breonna’s Garden, an AR experience created to honor the life of Breonna Taylor is one of the multiple innovative...