Vertical video transformed from a syndrome to an accepted form of viewing the world. Agencies, film festivals, online groups, promote the portrait format. But there is a new kid on the block: 360 video. 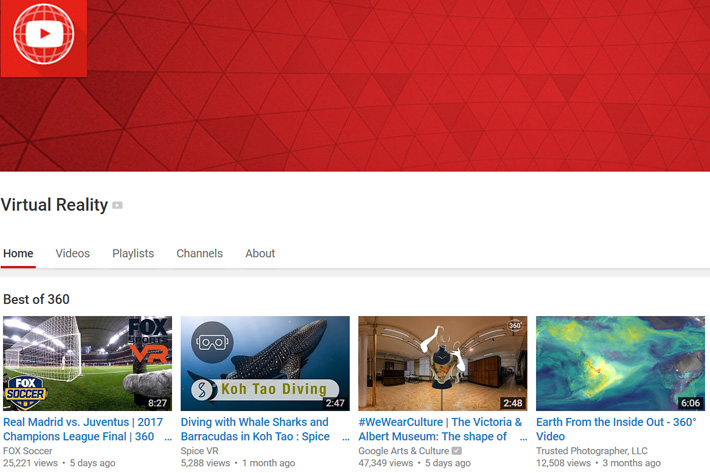 The adoption of 360 video as a window into the world of AR and VR seems to gain momentum. Image banks create 360 video sections, Vimeo opens a marketplace for 360 content, and Google announces plans to conquer the living room.

Cinema and advertising have embraced the vertical format since 2013, but the industry is already moving to what some consider to be the next big thing: 360 video. YouTube’s 360 videos are going to run on TV sets, announced Google this May, during the annual Google I/O conference.

The recent introduction by Vimeo of a marketplace for 360 video where creators can sell 360 videos directly to audiences worldwide marks another step in the dissemination of 360 video has, yet, another way to share content. It’s only natural, as 360 video is a growing presence at film festivals, advertising and even documentary and news. 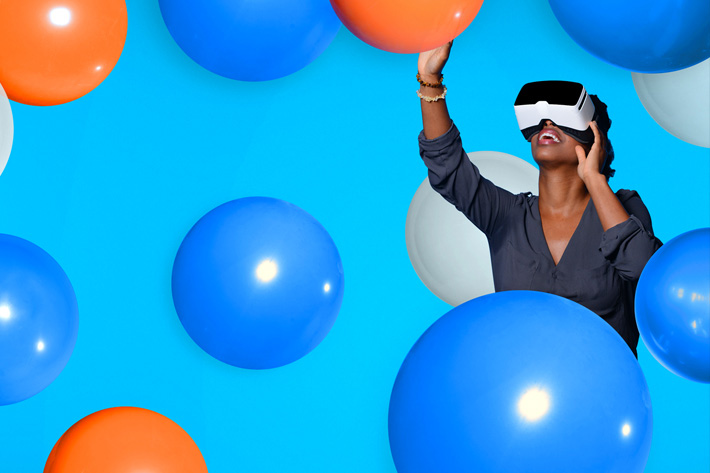 The support for 360 video expands on the options the Vimeo platform offers its users. The 360 video introduction sets a new benchmark for high-quality immersive storytelling, but aims to become the home for creators to learn new techniques, upload, share, and sell 360 videos, while viewers can discover cutting-edge 360 videos from the world’s best creators across multiple platforms.

“Vimeo’s creator community is known for pioneering new video formats and pushing the boundaries of storytelling” said Anjali Sud,  SVP & GM of Vimeo’s Creator Platform. “With this launch we hope to usher in a new wave of immersive content that sets the standard for cinematic quality and powerful narratives in a 360 environment. We believe Vimeo creators are the missing piece to taking 360 video from nascent to mainstream.” 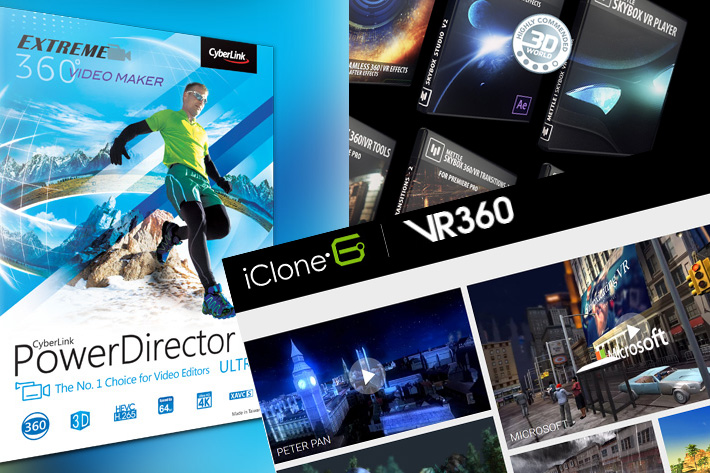 The new Vimeo market for 360 video and the proliferation of tools, and plugins for tools, that allow the creation of 360 video are signs that the industry is moving forward. One recent example and probably a giant leap forward on that path is the announcement by Google, at this year’s Google I/O conference: 360 is going to conquer the living room through the TV set!

During the conference, CEO Susan Wojcicki announced that the capability will be coming soon to the YouTube TV app for TV-connected platforms including smart TVs and gaming consoles. It may not sound like much, but it’s a way to move 360-degree footage into living rooms. It will work exactly like it does now on a desktop or laptop computer, with you using the mouse – or remote – to select your view. It’s not VR, it’s pure 360 video which gives you the experience of immersion through a big screen, in your home.

Google believes this is a way to push 360 video forward, and the company has been after this goal for a while now. It started with the introduction of 360-degree videos back in March 2015, which was followed by 360-degree live streaming. Then, in April 18, 2016, Neal Mohan, Google’s Chief Product Officer, announced that “after years of live streaming Coachella for fans around the world who can’t attend the festival, this year we’re bringing you the festival like never before by live streaming select artist performances in 360 degrees this weekend. Starting today, we’re also launching spatial audio for on-demand YouTube videos. Just as watching a concert in 360 degrees can give you an unmatched immersive experience, spatial audio allows you to listen along as you do in real life, where depth, distance and intensity all play a role.” 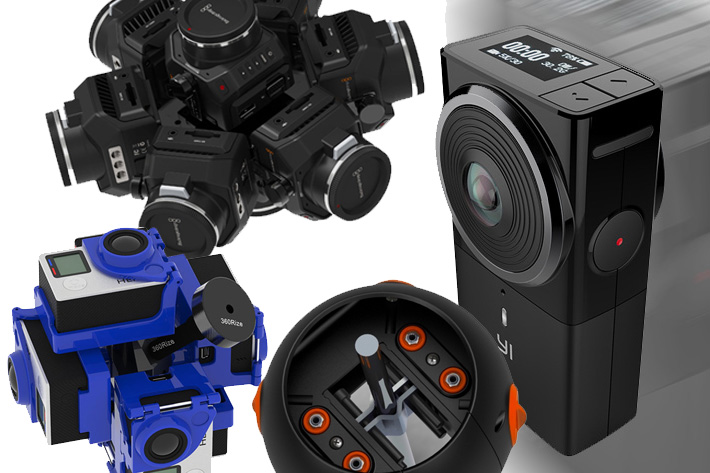 The next step is taking the experience to the living room, and, apparently, Google is not the only company interested. According to a note published by TechCrunch website May this year, Twitter, which had launched its service on Apple TV and other media platforms last Fall, updated the Apple TV app with the ability to watch live 360 videos. Twitter claims that their app is the first for Apple TV able to support live streaming 360 video.

Facebook has its Facebook 360 space, presented as “A stunning and captivating way for publishers and content creators to share immersive stories, places and experiences with their fans.” Facebook 360 offers two levels of immersion, 360 video and, for those willing to buy the hardware – Oculus Rift or Samsung Gear VR – , a “step even deeper inside a whole new world with Facebook 360. Surf the waves of Tahiti, step inside a blizzard in New York City or walk the catwalk in Milan by casting 360 video straight from your News Feed to your headset.”

While it’s still debatable whether virtual reality is going to be as mainstream as some wished, because of the cost of access to high-quality VR equipment, and the need to wear it to explore virtual worlds, 360 video seems a much more achievable goal, as it needs no specific gear and is easier to adapt to different platforms, from a portable smartphone or tablet to a living room dominated by a huge TV set.

Advertising is one area where companies are seeing a shift. Advertising company Vibrant Media introduced previously a vertical video ad format to North America, Europe, the Middle East and Asia-Pacific as part of its video portfolio, and Craig Gooding, founder and executive chairman of Vibrant Media noted that “in 2016, 43 per cent of our media agency buyers and planners bought vertical video ads. However, for 2017, 97 per cent of all our media agency buyers and planners expect more budget to be committed to vertical video.”

One interesting example of the interest 360 video garners is represented by a case study from Advrtas, a company developing interactive advertising and marketing solutions. The case study reports on a CBS NCIS 360°/VR Test Ad Campaign, which ran during December 2016. The ad, a small 300 x 250 display, did surprisingly well, with click-through rates above industry standards but, according to the report, “the real story is the level of engagement the ad units produced. Mobile in-view ad engagement, for example, was a staggering 85% and the average length of time viewers engaged with the NCIS ad was an impressive 16 seconds. And although only less than one-quarter of the ads were served to mobile, the evidence strongly suggests that mobile device movement played a key role in initial ad engagement; making it clear that 360°/VR should be leveraged as a mobile-first product.”

Although the metrics here are for advertising, it makes sense to mention them, because what this means is that there is a market for video production that videographers may want to explore. The development of Vimeo’s marketplace for 360, YouTube’s move to the living room, exploring the TV set as a new wall for immersive experiences, all contribute to create new opportunities that, while not becoming mainstream, may well mean more work options, for those willing to explore new horizons in terms of technology.

With 360 video apparently spearheading the move to immersive content, as the entry level to AR and VR, opportunities for content creators are growing. We may well be impressed with the high-end experiences seen at places like ComicCon, CES or Sundance Film Festival, or creative installations as those imagined for Game of Thrones or more recently The Martian VR Experience, which premiered at Las Vegas’ Consumer Electronics Show in January this year to stellar reviews, but not all content needs to be as awesome. From documentary to news gathering, there are multiple ways to take advantage of the technology. And in the process give viewers a new vision of the world around us!