End-to-end 360 video editing is one of the new features in PowerDirector 15, the newest version of Cyberlink’s NLE, launched this month. But there is more, especially if you get the whole Director Suite. 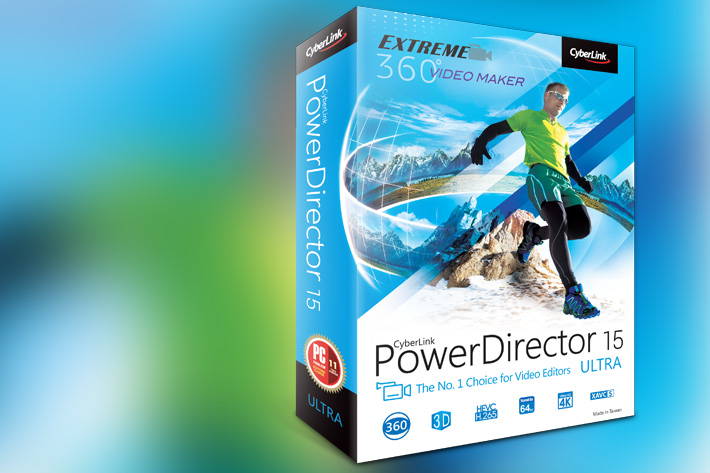 One year after the launch of PowerDirector 14, presented as “extreme editing”, Cyberlink takes the program a step further, with options like True-to-Life Color Enhancement and tools to create immersive 360-degree videos.  There is also a new mode: Vertical Video Editing.

ActionDirector 2, which is the absolute new element of the whole Suite users can optionally buy, was introduced, as ActionDirector, in May 2016, as a new product in Cyberlink’s family. It is a video editing software specifically aimed at the needs of a booming action camera market. The brand new movie making software is designed to take the hassle and complexity out of editing action footage through an innovative approach that streamlines the video creation process.

Cyberlink feels that there is a ”large and swiftly growing segment of action camera owners capturing vast amounts of video footage that then remains unedited and unshared due to complicated existing software. ActionDirector provides a solution to easily and quickly turn raw footage into action-packed highlight reels, which can then be shared directly to social media channels.” 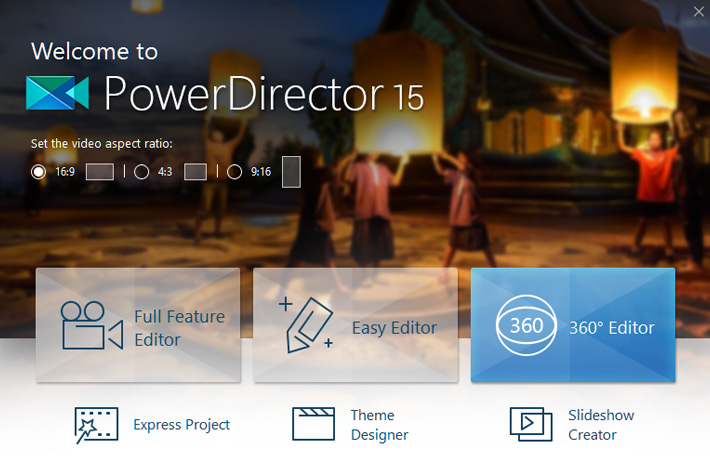 The introduction of features that aim to satisfy the needs of the market is nothing new to Cyberlink and that explains the appearance of ActionDirector and now, in PowerDirector 15, the True360 technology, which provides users with the necessary tools to create immersive 360-degree videos. 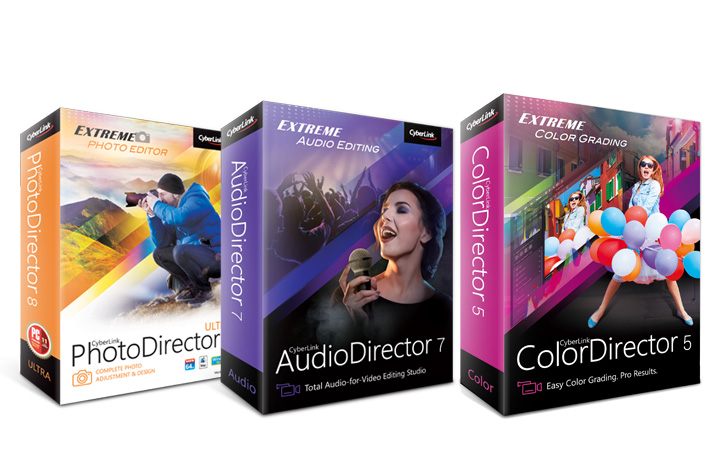 “The rollout of 360 and VR technologies is accelerating and is quickly becoming an industry-changing phenomenon. With multiple brands introducing affordable 360-degree cameras and accessories, as well as the strong push of platforms like Facebook, Youtube and Google, VR video will soon surpass gaming. We think user generated content will be the strongest driver of VR and 360 technologies,” said Dr. Jau Huang, CEO of CyberLink. “Our goal with PowerDirector 15, and with the entire Director Series video editing software, is to provide consumers with simple yet powerful tools to capture memories and tell stories using the power of 360-degree videos.”

The 360 market is one important element for this edition of PowerDirector 15. The program offers not only end-to-end 360 video editing with True360 technology – trim, add titles, effects and transitions -, it also gives users the possibility to convert 360 videos to standard video. In fact, the True360 View Designer enables users to dynamically pan between different FOVs in 360 footage, then output the composite result as a standard (non-360) video file.

This is an interesting feature to have, even if you may not use it all the time. If you work regularly with with 360 videos, it may also be a good option to acquire the new ColorDirector 5, which introduces color grading for 360-degree videos. The software allows users to apply global color grades to entire 360 scenes or use ColorDirector’s automatic tracking tools to isolate and enhance the color of moving objects, skies and landscapes.

True-to-Life Color Enhancement, which automatically analyzes footage and applies smart optimizations to give videos a rich, cinematic appearance, is also a feature of this version, which continus to claim unmatched video editing performance thanks to a new TrueVelocity 6, which uses 64-bit power and patented SVRT technology to reduce latency and improve overall system efficiency for smooth, fast handling of HD footage.

One new feature that will surely divide opinions is the Vertical Video Editing, announced as an “Innovative new design mode for optimizing video shot in portrait orientation on mobile phones. Effectively removes letterboxing” Serious editors will probably never pau attention to this but the option is present in PowerDirector 15, and probably is a first in terms of NLE’s. I must say I was surprised first but the feature may be more interesting that most people think. More about this soon!

This introductory text of PowerDirector 15 reflects mostly on the NLE itself, which I am testing, along with the recent Vegas Pro, from Magix. I don’t feel I need to compare both programs, they are probably designed to different public. I am more familiar with PowerDirector, as I’ve used it for quite some time now, so I am familiar with the interface, while I am still discovering where everything is in Vegas Pro. 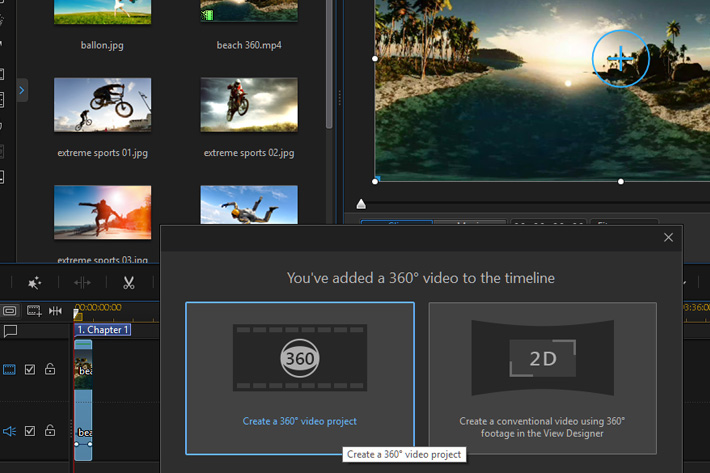 As I mention above, I am trying PowerDirector 15 Ultra, and not the whole suite, which includes ColorDirector 5, AudioDirector 7 and ActionDirector 2 and PhotoDirector 8. For those who may want to know more about those programs, here are some notes provided by Cyberlink:

The products are available online at the CyberLink Store and in selected retail outlets worldwide in the following languages: English, French, German, Italian, Spanish, Dutch, Chinese (Simplified and Traditional), Japanese and Korean.

If you already own PowerDirector 14 and do not create 360-degree videos, this upgrade may not be the most important thing to have, but for those that create both 360 and vertical videos, this may be a solution to investigate, either the whole Director Suite or one of the packages available, down to the bare program that the PowerDirector 15 Deluxe name represents. Newcomers to the world of Non-Linear Editors looking for a solution that is very much “drag&drop”, has a friendly interface and multiple options that will suffice for many users would not be wrong to try the program. There is a demo available to download. Give it a try.