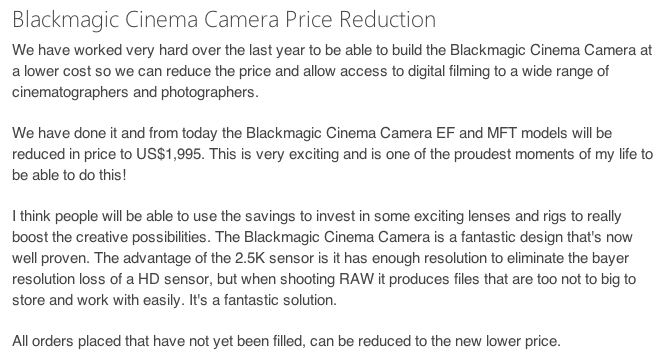 The pocket camera is a little late shipping and the production camera will not ship as originally planned.  To me, this appears blackmagic is trying to stay in the good graces of its customers and it’s genius.  They got us talking… about the price drop.

To the focus button and, more importantly, to the de-bayer process of the HD footage.  I love the HD footage from this camera already and to read about an improved sharpness has me a little excited.  The focus… It'll definitely help.  Here is more from Grant Petty. 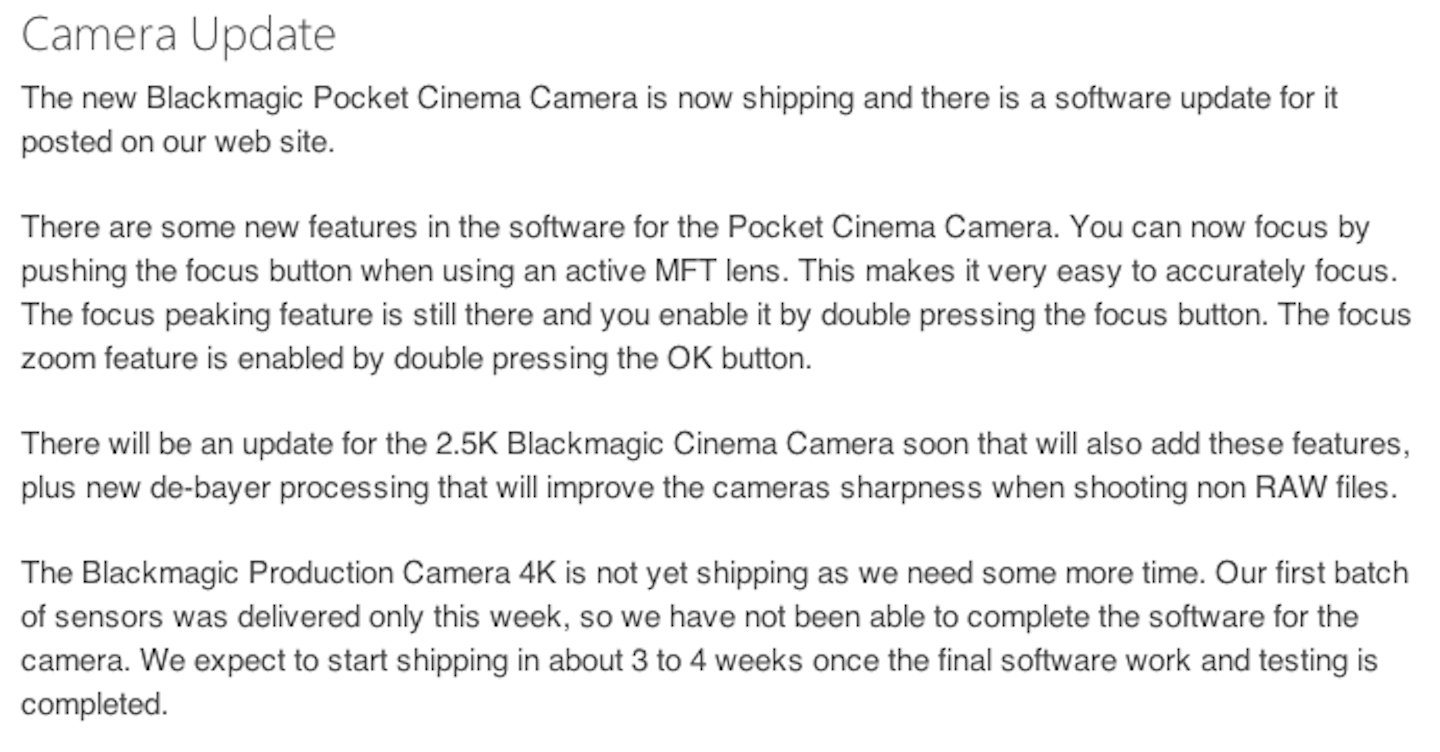 It appears, quite possibly, Blackmagic Design has something up its sleeve.  When Red announced their price drop they were battling the brand new Sony F5/55 and were soon to announce the Dragon sensor.  Is Blackmagic following a similar pattern?  I want to hope Grant Petty has an altruistic side and really wants to see the BMCC in the hands of cameramen/photographers world-wide, and I am sure business-wise it makes complete sense when a new 4K camera is about to hit the market.  If anything, it seems like a brilliant marketing move.  They've put out three great cameras and I wonder… what's next? 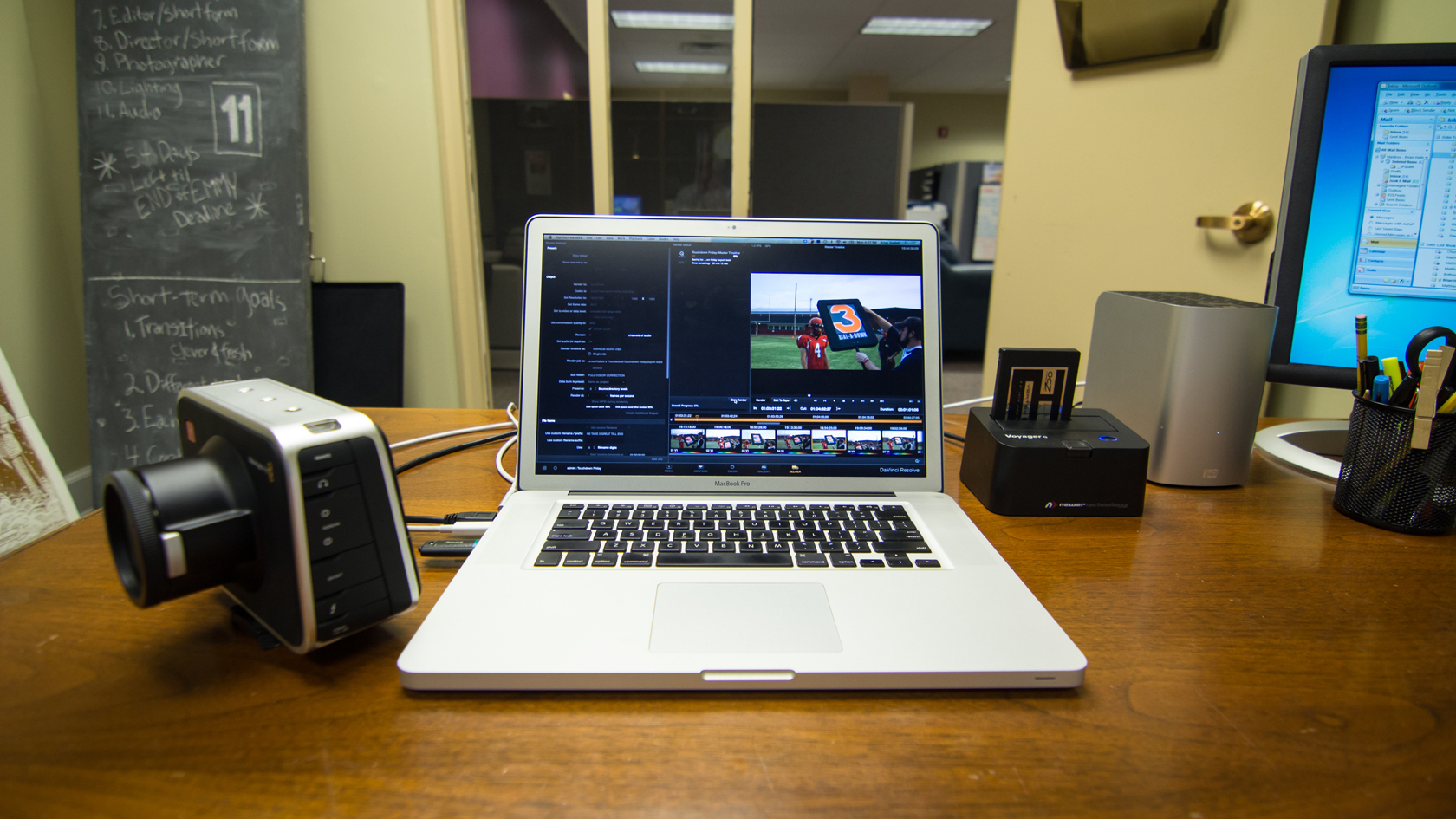 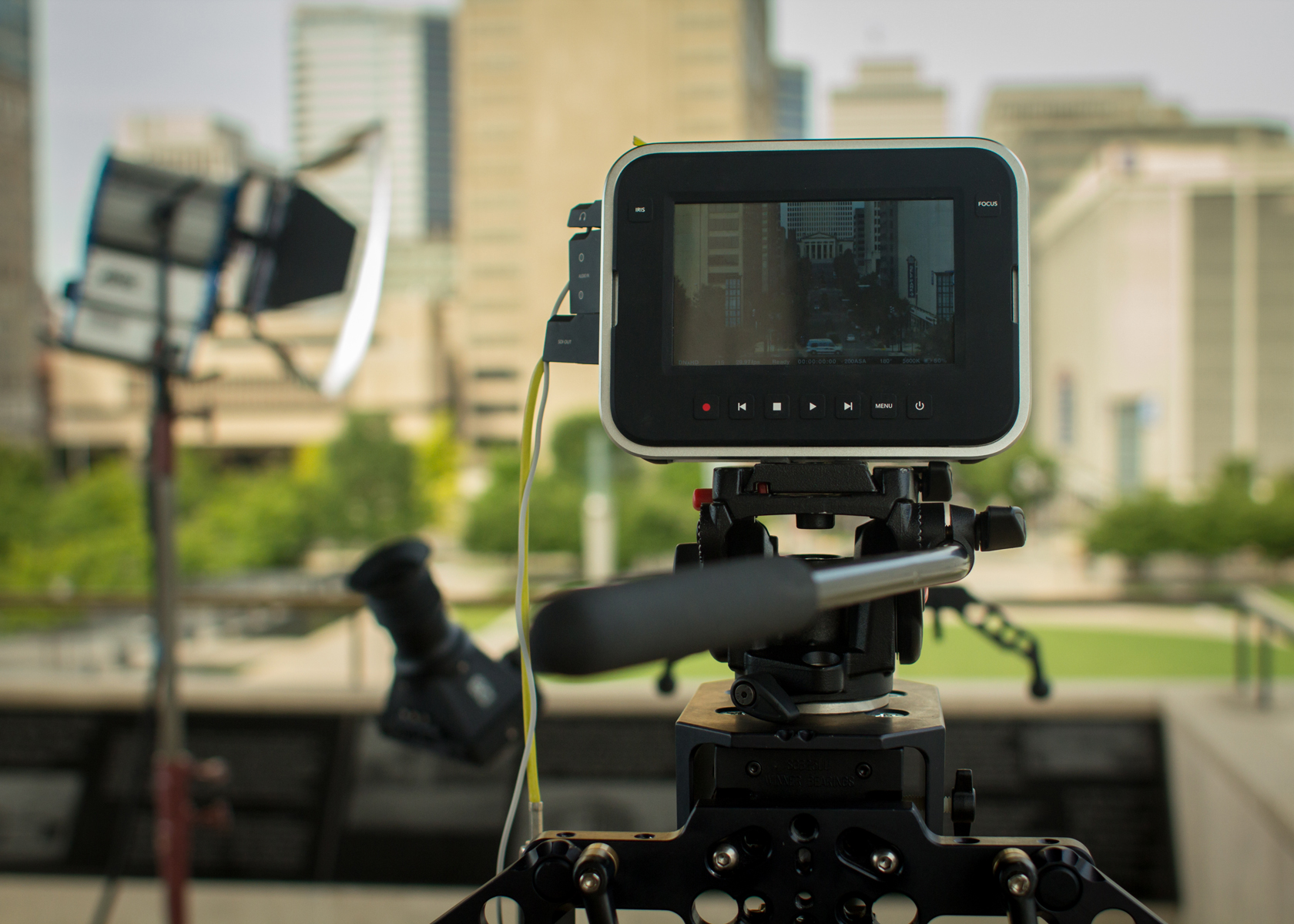