Rugged, sharp, and with a wide aperture

Great Glass for a great price. It is the dream of every shooter. We can be tempted by a newly announced prime set but then faint in shock at the price. It happens to all of us. It has happened to me and I bet it has happened to you, too. What are we to do? Get a business loan? Or, dive into the depths of eBay or other used cinema gear sites. This led a few people to ask me about Zeiss DigiPrime lenses. Are the Zeiss DigiPrime lenses good for you? James Houk, who graciously loaned me his set of Zeiss DigiPrimes thinks these are great lenses. 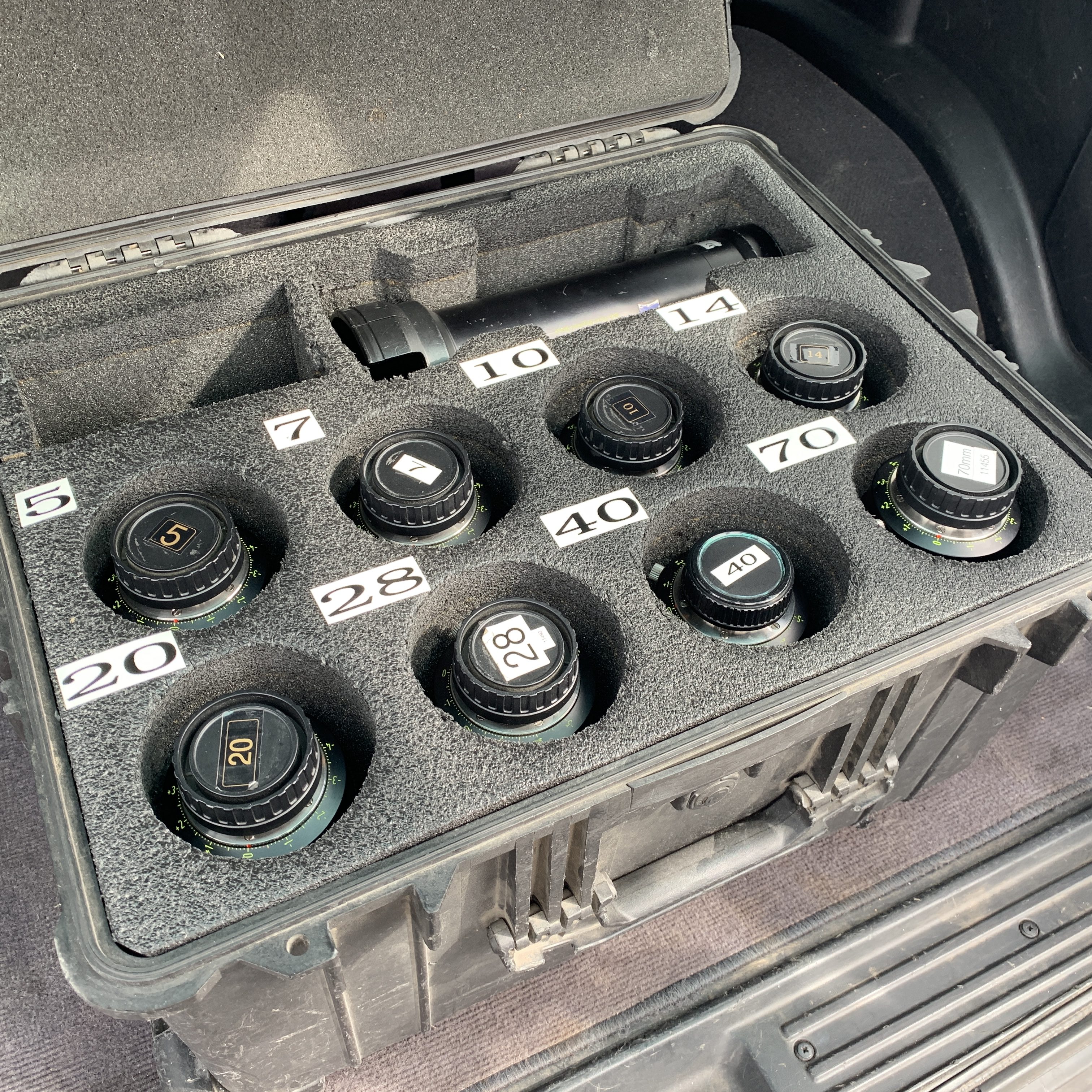 Something big to remember, Zeiss DigiPrimes are built for a 2/3″ sized sensor. You have to understand, making large-sized sensors in the early 2000s, like we have today, was not an easy task. As cinema dipped its toe into digital cinema it created a strange chapter in camera history. Some cameras back then recorded a separate stream from each RGB channel while using a prism to separate the RGB wavelengths, it was called a 3CCD. The size of these sensors was 2/3 inches, and their distances from the back of a lens were slightly different. What cameras shoot this smaller sensor and have a 3CCD? Well, in the early 2000s we had cameras like the Sony CineAlta F23,  Sony HDW-F900 Camera, Thomson Viper Camera, Panasonic AJ-HDC27 Varicam Camera,  Sony HDC-F950 Camera, and the Phantom HD Camera. All utilized a B4 lens mount.

We have News Gathering cameras from Sony and Panasonic, and the URSA Mini Broadcast that use a B4 lens mount and can take a Zeiss DigiPrime without using any lens adapter. We also have windowed shooting on a number of different camera systems without a standard B4 lens mount. So, theoretically, you can make use of a Zeiss DigiPrime. Yet, manual mounts from a M4/3 to B4 are not falling off the shelves with customer demand. Again, we are after Great Glass at a Great Price. History lesson now complete let’s dive into the lenses themselves. First, a video of my daughter dressed up for Halloween.

Are Zeiss DigiPrime Lenses Great Glass? In my tests, I shot video of my daughter, this will happen every day so don’t @ me, as she dressed up for Halloween. I shot lens charts to find the Chromatic aberration or fringing. I shot flare tests to see the flare characteristics of each lens. I shot wide open and stopped down. And, I shot more footage here and there as I learned and discovered the Zeiss DigiPrime lenses look and overall feeling. My thoughts after all of these tests? 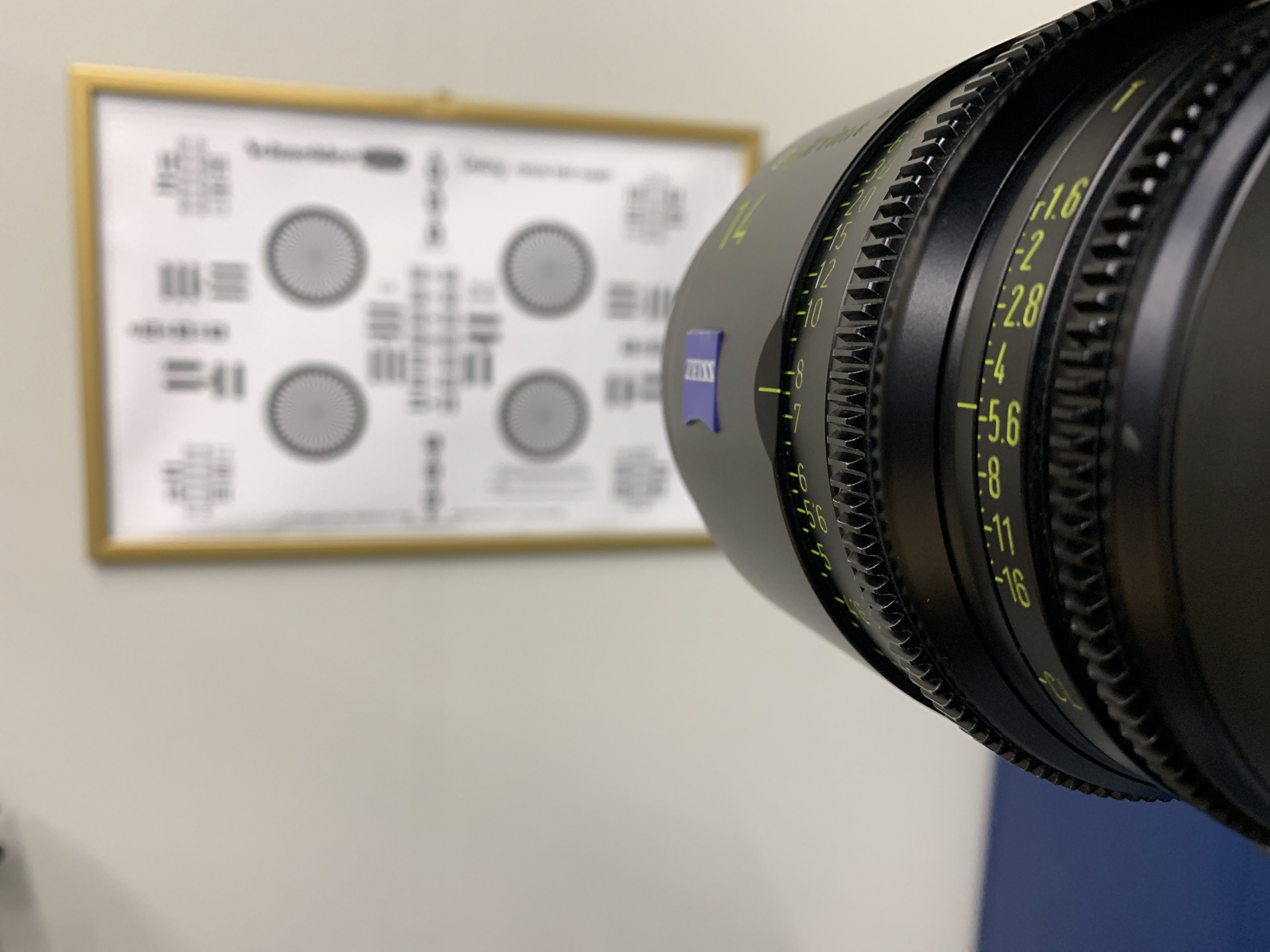 These lenses are sharp, crisp, and of the highest made quality. The quality of the glass is some of the best I have ever shot before and I have tested my fair share of lenses. When I shot on the 5mm at T1.9 I just felt “wow.” The 5mm felt like a Terrance Malick wide shot, seriously. Throw a URSA Broadcast on a Steadicam in low mode and you have a similar feeling to the children running around in “Tree of Life.”

Then there is the 70mm Close Focus DigiPrime. This lens has a close focus of 20 inches from the filming plane. This ended up being 3 to 4 inches from the front of the lens and delivered a seriously different perspective. If you want a great close focus look in your video then look no further than the 70mm CF. 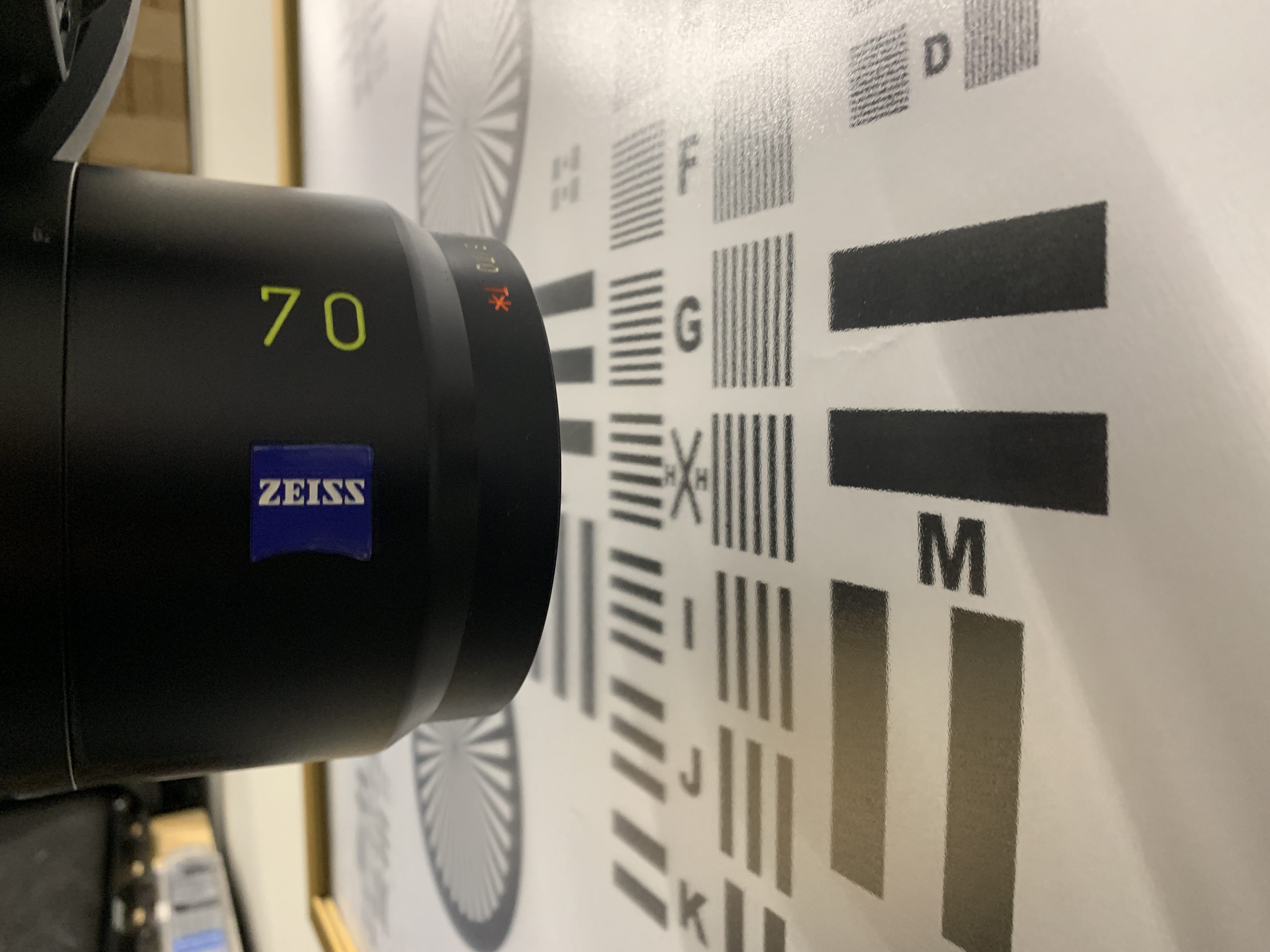 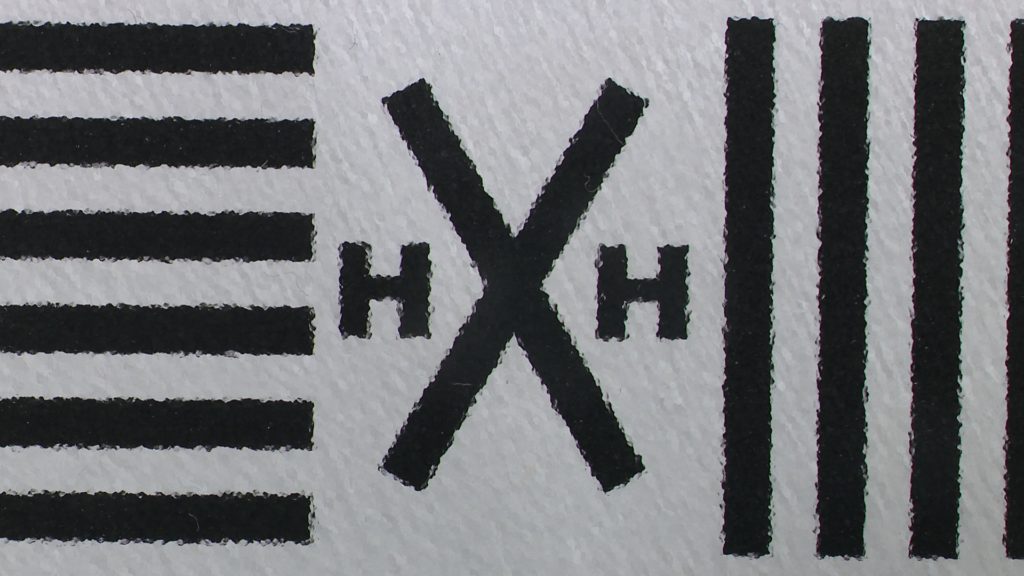 Where did these lenses fall apart? In what situations do these Zeiss DigiPrimes become a headache? For the most part, the Zeiss DigiPrimes did not “fall apart” image-wise. I only saw the slightest of fringing on a lens chart and it took some deep pixel-peeping for find said fringing.  I searched for out of focus areas on the edges of the frame. I hunted for deal-breaker flaws and I found nearly none in the Zeiss glass.

If I were to have one complaint about the actual glass in these lenses it is the color shift from T4 to T1.6 or T1.9. When wide open, and under fluorescent lighting, the lenses showed off a slightly more green hue wide open. Each lens in the entire set showed this slight color shift. In DaVinci Resolve, this color shift was super easy to correct. Here is a good example of what I’m writing about. The bottom line is this: these are great lenses and performed as a Zeiss lens is expected to perform.

The entire Zeiss DigiPrime Cine Lens set encompasses focal lengths from the ultra-wide 3.9mm T1.9, which is a super-wide lens on a 2/3″ sensor, to the 135mm T1.9 telephoto and apertures ranging from T1.6 to T1.9. Originally, 11 lenses made up the entire set including a couple of Digi zooms. Remember, these lenses were designed specifically for 3-chip 2/3″ digital cinema cameras and they will not work on your brand new FX9 or Canon C500 Mark II unless you find an adapter like the HD x 35mm Mark III B4 Optical Adapter which prices out at $4,300 on AbelCine’s website. They will work on your URSA Mini Pro G2 with the B4 lens adapter and windowing the sensor. Are these lenses worth the trouble? The 70mm Close Focus might be just check out the example video I shot below.

I need to take a moment to write about the Zeiss DigiPrime 70mm CF. CF is for “Close Focus.” This 70mm CF can focus as close as 20″ from the filming plane. This meant I could focus on a subject less than 3 or 4″ from the front element of the 70mm CF. This gave me some very interesting shots I have not seen before. This was also a completely different perspective from a 100mm macro. If you require a totally different macro lens this 70mm CF can deliver interestingly. Remember a 70mm on a 2/3″ sensor is somewhere between a 311mm and 262mm lens on a full-frame Canon 5D. 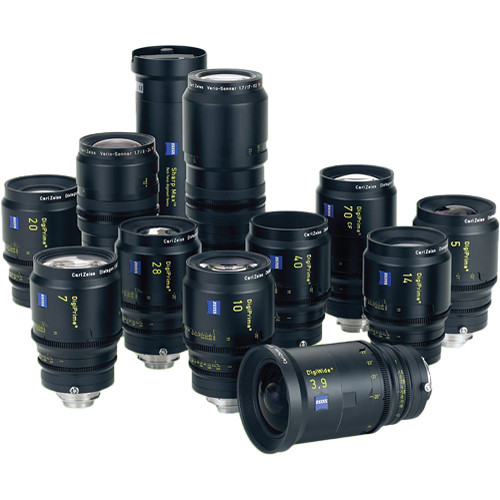 When I use older cinema or still photography glass meant for film I tend to expect some sort of flare. Typically, the flare characteristic maybe the whole reason I want to use the lens in the first place. What kind of flare should you expect with the Zeiss DigiPrime lenses? While these lenses may not be brand new do not expect vintage flare either. Expect a little ghosting from a large source if the light source is pointed close to the front element of the lens. A matte box can easily control this type of flare.

What I found interesting was the shape and hard quality of flare from a light source pointing down the barrel of the lenses. The 5mm and 7mm had the most resistance to flare which is great for these wide lenses which may be used for landscapes or cityscapes where the sun may be in the frame.  The mid-range primes lenses from the whole set showed me the greatest amount of flare. While the 70mm had a very controlled flare.

What I found the most interesting was the starburst sun flare. Very interesting. Each lens produces a 22-point star when shooting the sun or super bright pin-point. This sun flare or sun point, I don’t know what to call it, is unique and interesting and makes the 22-point sun flare a compositional element hard to ignore. I like the look of the 22-point Sun and I wish I had a good example to show you. But, alas I did not hit record for whatever stupid reason.

My first take away from shooting with Zeiss DigiPrimes is the incredible sharpness. Just WOW. These lenses were built to deliver the sharpest image from a 2/3″ sensor. Even when I set any of the lenses to the widest aperture of T1.6 or T1.9 the image was sharp from corner to corner. This above par sharpness allows one to shoot in a slightly different style. For example, a Canon HDGC B4 zoom at F1.8 will be a touch soft and trying to compose a full shot may show the zoom’s limitations. Now at F2.8, the zoom will sharpen up nicely. At T1.6 the Zeiss DigiPrimes delivered crisp images allowing me to shoot wider when the aperture was wider too.

When testing every lens I found the color from each matched perfectly. I had to perform zero color correction from one lens to the other in DaVinci Resolve. Best color I have witnessed across the entire lens set. Of course, the Zeiss DigiPrimes was a brand new cinema prime lens set from the early 2000s so they should be finely tuned to match. Zeiss also advertised the DigiPrimes to be color-matched to their existing lenses at the time of their offering.

This is one aspect of the Zeiss DigiPrime lenses a shooter really must consider before buying a set for themselves. These are cinema lenses meant to be used in a world with camera assistants and focus pullers. The Focus and Iris ring placement all match from lens to lens as does the front diameter thus making lens changes easy and quick. But, these are not small lenses. Changing a lens, without a matte box or follow focus attached, still took me a little bit of time.

What makes the Zeiss DigiPrimes great lenses is exactly what makes Zeiss DigiPrimes hard to use as a solo shooter. These are not small lenses. The 5mm and the 70mm were both close in size to a Canon HDGC B4 zoom. By going with a prime lens set instead of a zoom lens you lose the single greatest advantage a 2/3″ sized sensor has to offer, great wide and long zoom lenses with an f1.8 throughout the entire range. One also loses the speed a dedicated 2/3″ zoom gives a solo shooter to capture “The Shot.”

A shooter will need to be deliberate to succeed with any set of primes. This may exactly be what you are looking to do as a shooter. Maybe, you want to slow down your process and be much more deliberate and with more patience like a street photographer in the early days of film still photography.

When thinking about my time shooting on Zeiss DigiPrimes it kind of swung my thoughts to the rest of the Zeiss lens line up. All of these lenses are great and perform in the way we have come to expect a Zeiss to perform. If you have a camera perfect for these lenses and your shooting style fits with prime lens shooting then maybe you should pick up this set of great glass for a great price.  You will not be disappointed. Not in the least. Thanks again to James Houk for allowing me to takes his set of Zeiss DigiPrimes for a spin.

At one time, Zeiss DigiPrimes was the best digital lenses offered on the cinema lens market. A set found today still has all of the features cinematographers wanted out of a top-of-the-line lens in the early 2000s. It kind of makes me sad too. Here we have a wonderfully made cinema prime lens set built for a specific sensor size which may fade away to a small chapter in a cinema history book film students will be forced to read. The chapter? The Beginning of Digital Cinema. Shoot on these lenses while you still can. You will not be disappointed.