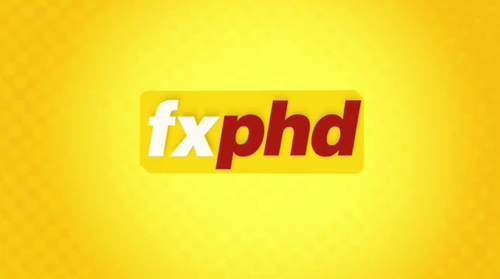 If you’ve never heard of FXPHD then you’re either new to this whole film / video / production / post-production world or you just haven’t been paying attention. I’ve been following the course offerings for quite a while now but have never signed up for a term … until now. The July 09 term is starting this week and I am very excited.

As an editor who has been working professionally for a decade I often look at Avid or Final Cut Pro tutorials and think “I can’t learn anything from those things, I know enough already.” But often upon watching a given tutorial I’ll pick up a keystroke, a menu command or just an idea that I had either never thought of or had dismissed as not being good for my workflow. It’s inevitable that once I give this newly learned tip a try I begin using it day in and day out. As I looked over this latest term for FXPHD (which has been out for a while now) I saw courses like Introduction to Nuke or Lighting in XSI and knew instantly that they weren’t for me. But then I saw things like Grading with Apple Color II and After Effects Motion Graphics II and decided that this was the term in which I was going to sign up. As someone who dabbles in both After Effects and Color I feel like these classes will help take me to the next level in how to use the software. Sure there’s tons (and in some cases thousands) of tutorials available on the web but there’s something about the structure (and not to mention the cost) of FXPHD that has a really college like feel to it. I’ve paid the money so if I don’t utilize the information offered to the best of my ability then it’s my own fault and a hit to my pocketbook. The fact that I’ll be learning with other like-minded individuals and discussing the classes with them in the FXPHD forums makes it even more exciting. Sure it’s another thing to schedule time to do each week but I feel the quality of instruction will be well worth it and much better time spent than watching You Tube videos about a particular application that I want to learn. And the cost isn’t that expensive at all.

I’m still not sure exactly what I will take. The FXPHD structure allows a student to sample two classes from a course before locking in the desired course for the term. As I mentioned I’ve been trying to learn both After Effects and Color. I might sample one of each or just take advantage of the two levels of Color offered and take them both. I know, a real university probably wouldn’t let you take a first and second level class in the same semester but I think I could handle it. There’s also a Comprehensive Guide to RED Post Workflow that looks interesting. While I’ve been posting RED (and writing about RED post) for some time now and feel I have quite an extensive knowledge of many aspects of the process there is always something more to learn about how to best and most efficiently handle RED footage. Maybe I’ll take that one too.

This is the week that classes begin so it’s not too late to sign up. But you should hurry so you’re not a week behind. Check out the FXPHD overview for a better view of how the community is structured, the cost and how it works in general. Happy learning and I’ll see you in class.