According to YoloLiv, 75% of videos are now consumed vertically. The new Instream allows live vertical video streaming at 9:16 instead of 16:9.

YoloLive, creator of the YoloBox series of standalone multicam switcher-streamer-titler-records which I have covered before, has just announced Instream. The new Instream is not only a 7-inch box integrating an encoder, switcher, recorder and monitor, but also a graphic generator, multiview builder and a vertical content creation tool. Its main goal is to allow multicam live streaming to Instagram and TikTok, all in a vertical format that sits upright, in the palm of your hand. Ahead are a video, photos and specs from YoloLiv. 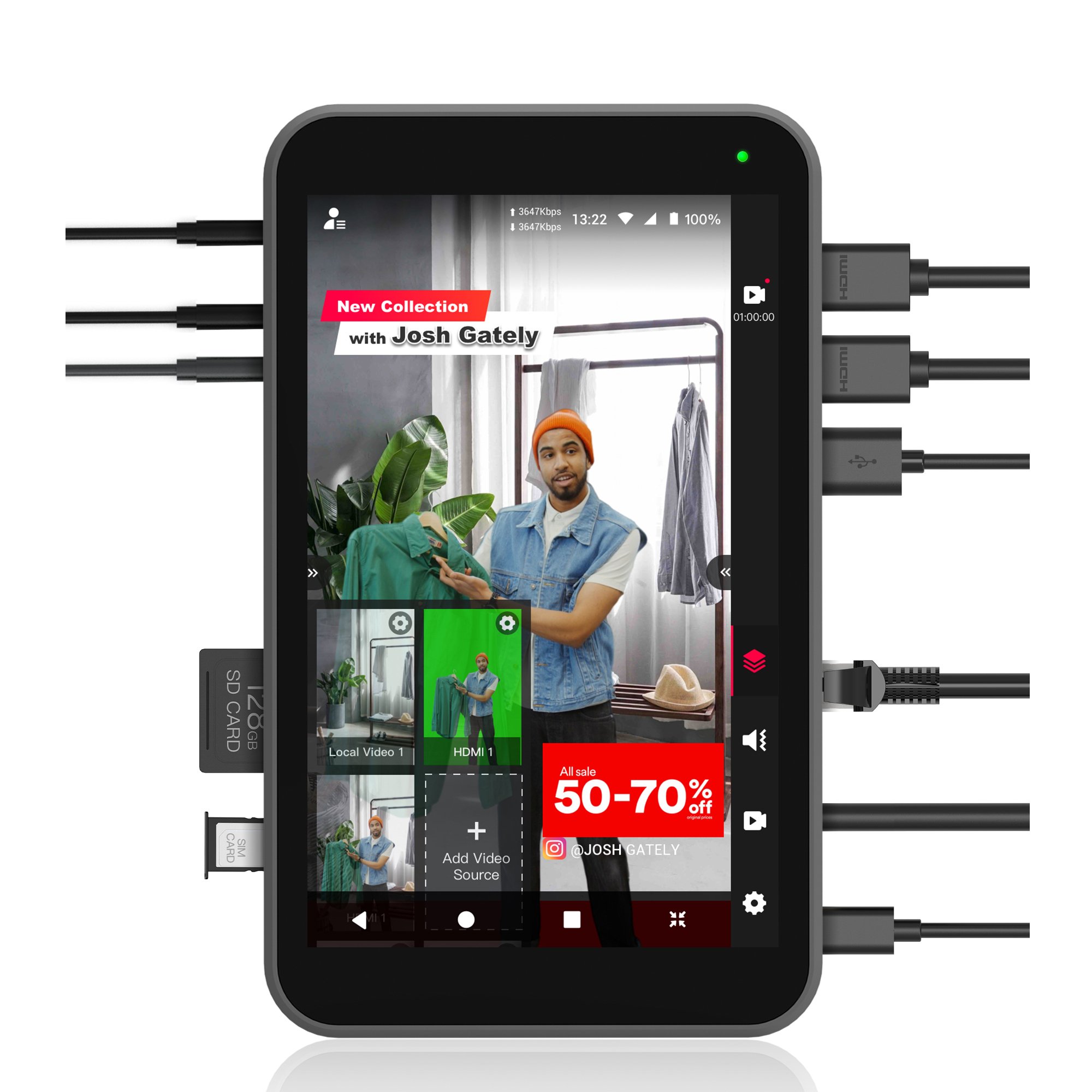 Instream incorporates a full suite of features from the current lineup of YoloBox devices. Instream includes 2 HDMI inputs and 1 USB input and supports RJ-45 for Ethernet, wifi (both 2.4 GHz and 5 GHz, and an unlocked nano-SIM card slot for 4G LTE to use with your favorite local provider.

Just like other YoloBox devices, Instream is operated via the touch screen and can be used intuitively like a smartphone. With its compact size, Instream can fit in a backpack. By using the Qualcomm Snapdragon 845, an 8-core processor, Instream is even more powerful than current YoloBox lineups. Instream LCD touchscreen offers 600 nits brightness. 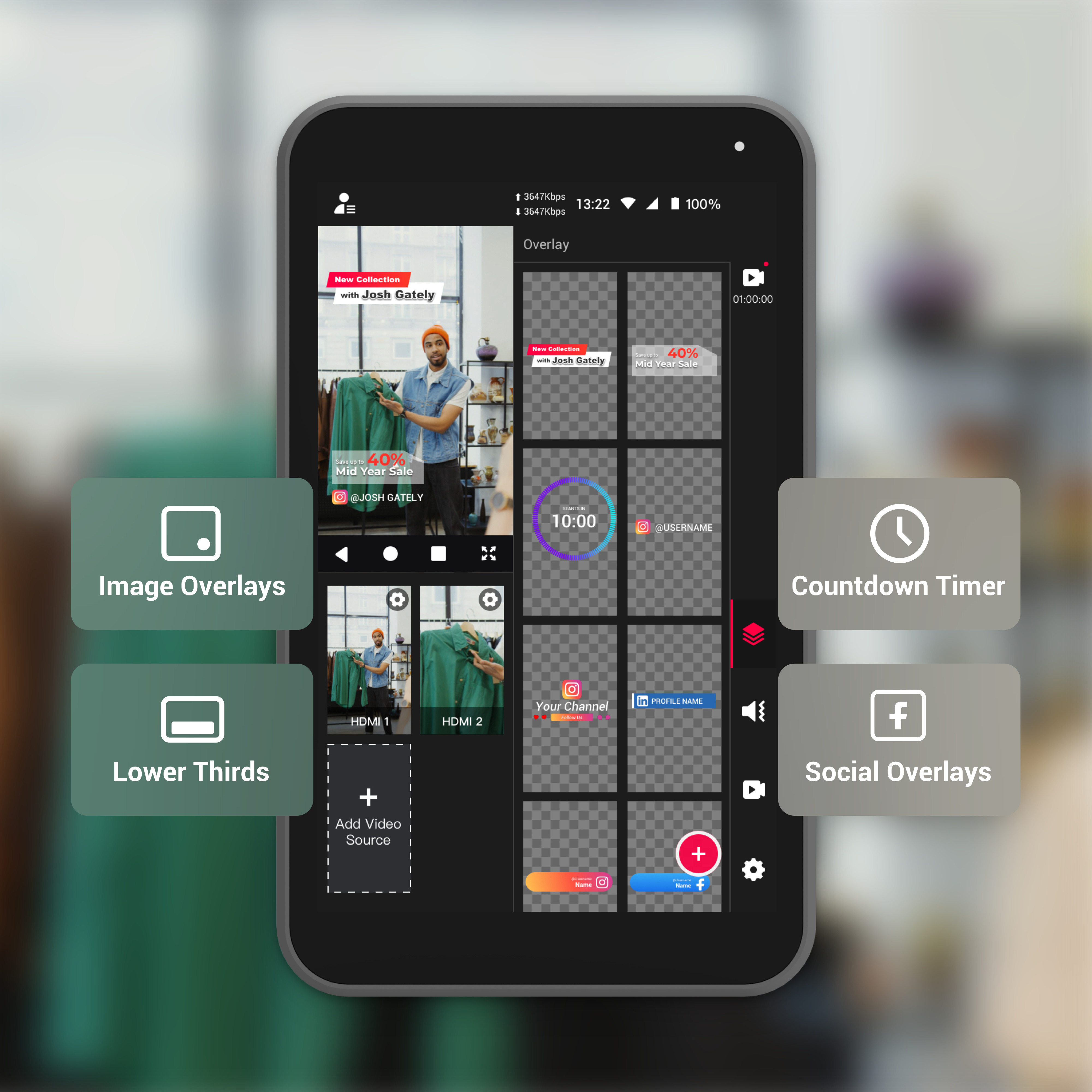 According to YoloLiv, 75% of videos are now consumed vertically. YoloLiv states that the traditional 16:9, landscape format is being replaced by 9:16, a vertical format that has fast become the new norm and new default for video creation and consumption. YoloLiv adds that vertical video is exploding on nearly every social media platform, including Facebook, YouTube, Instagram (IGTV) and Snapchat. 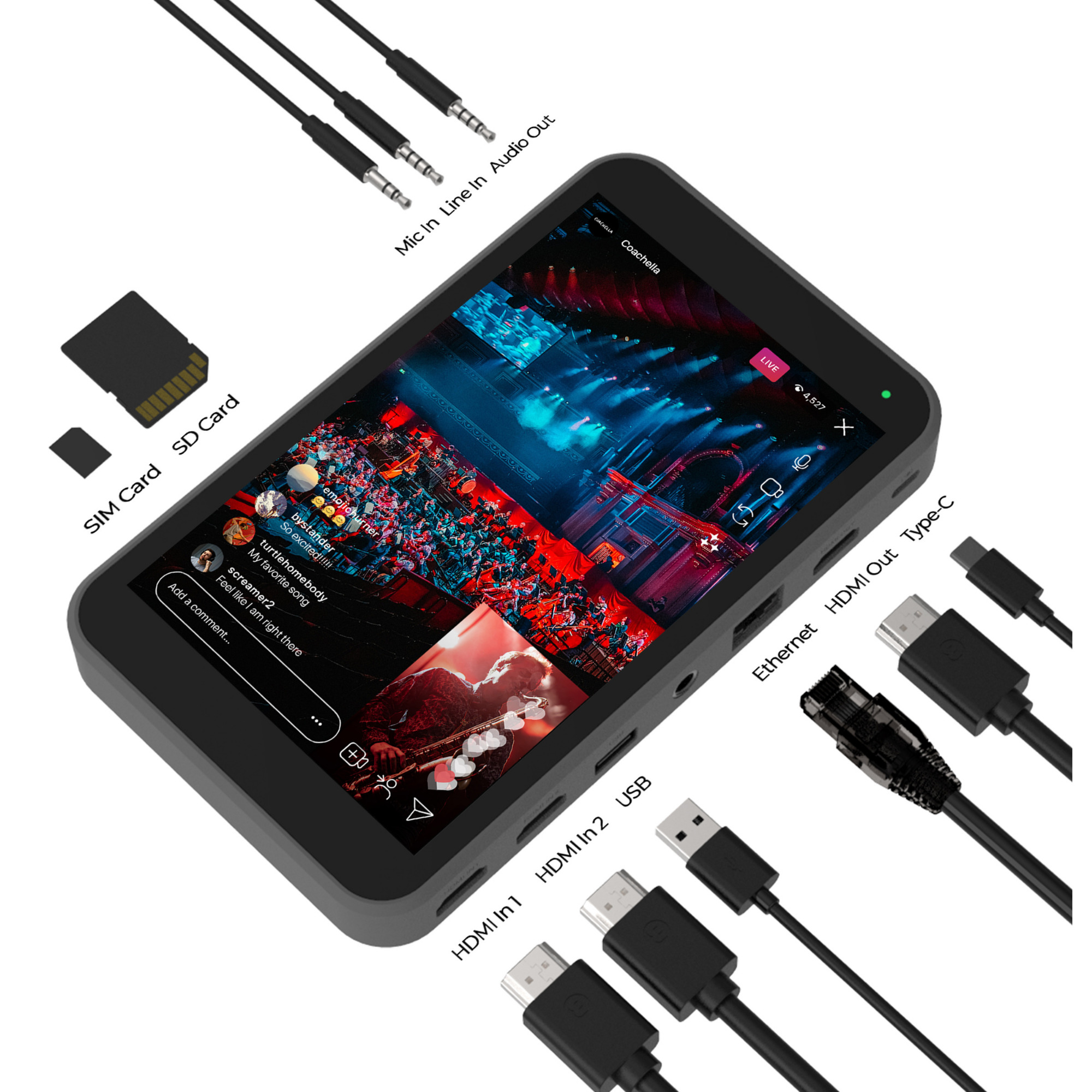 Producing live vertical content on these platforms is especially attractive to the new generation of content creators, influencers, storytellers and videographers since followers/subscribers can be notified in real-time when events go live. YoloLiv correctly observes that smartphones have been used for creating vertical content, but there are limitations due to just having a single camera angle. Although live multicam production can be done in a computer with software like Ecamm Live, OBS, Riverside.fm, YoloLiv says that these setups are too complicated for most people. For traditional horizontal/landscape video at 16:9, the original YoloBox, YoloBox Mini and YoloBox Pro covers standalone recording and streaming. For vertical/portrait productions, Instream does it, including live switching, graphic overlays, animated countdown timers, picture-in-picture and chromakey/greenscreen. 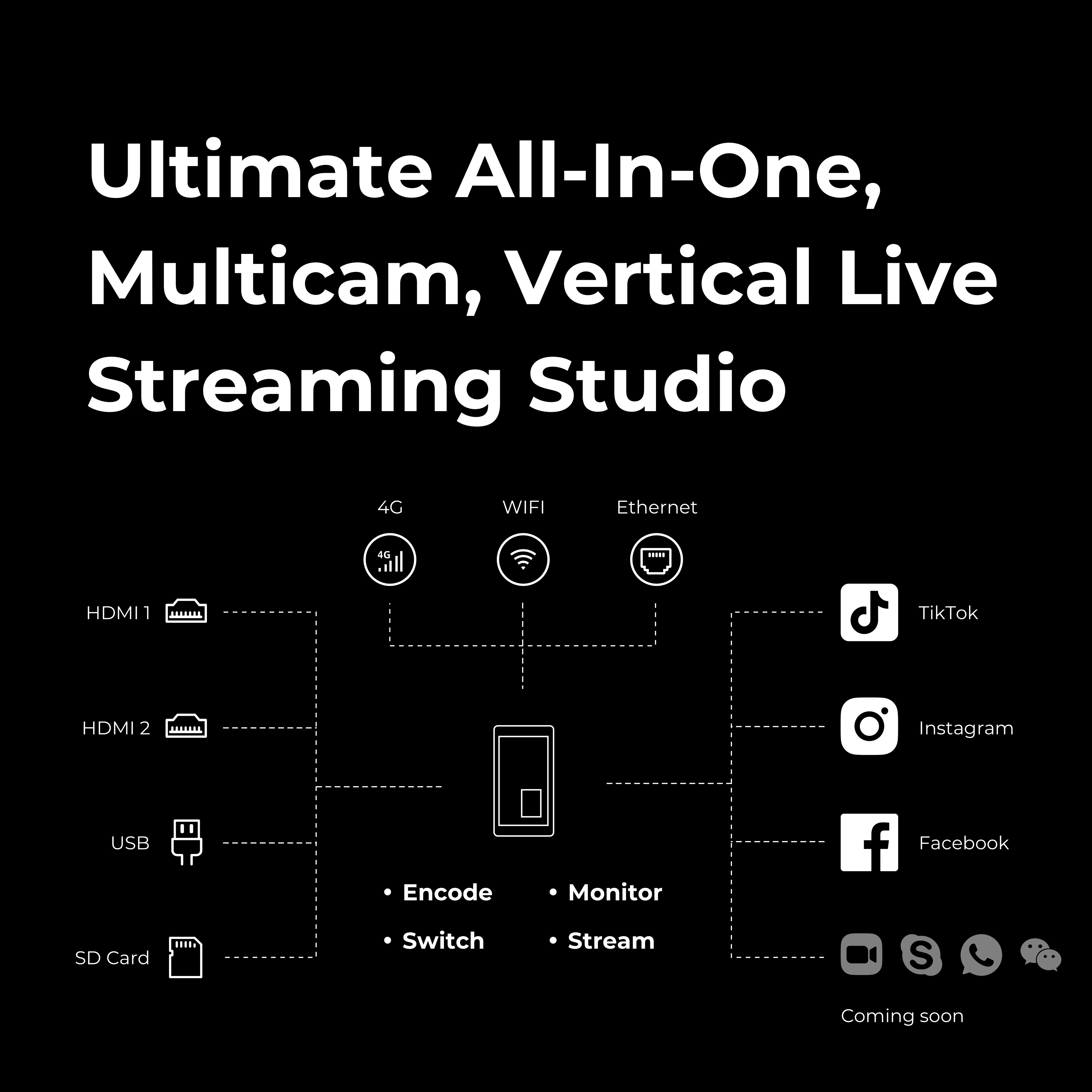 The built-in encoder inside of Instream eliminates the need to use a computer, smartphone or standalone encoder. 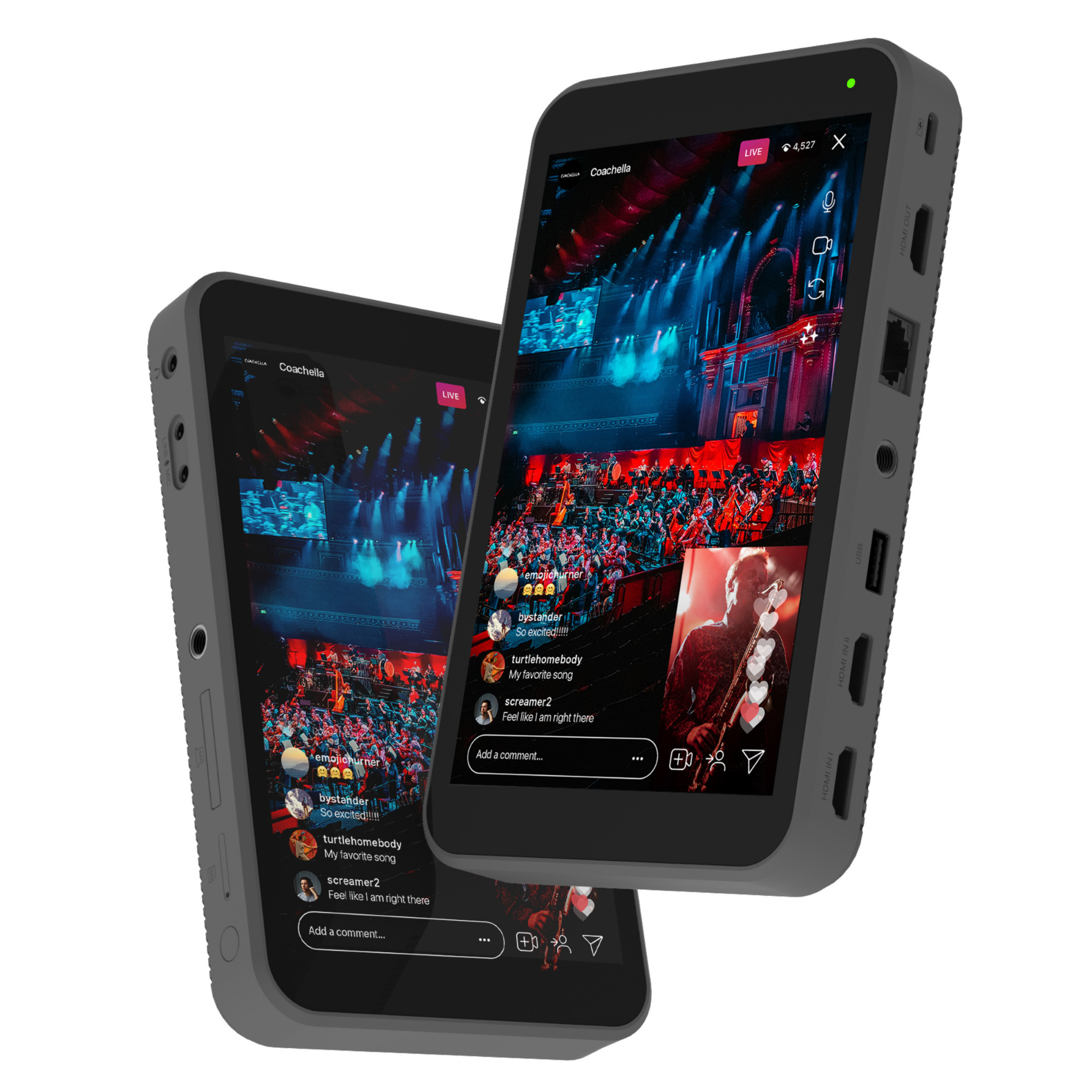 Many of the above manufacturers have sent Allan Tépper review units, including YoloLiv. Some of the manufacturers listed above have contracted Tépper and/or TecnoTur LLC to carry out consulting and/or translations/localizations/transcreations. So far, none of the manufacturers listed above is/are sponsors of the TecnoTur, BeyondPodcasting, CapicúaFM or TuSaludSecreta programs, although they are welcome to do so, and some are, may be (or may have been) sponsors of ProVideo Coalition magazine. Some links to third parties listed in this article and/or on this web page may indirectly benefit TecnoTur LLC via affiliate programs. Allan Tépper’s opinions are his own. Allan Tépper is not liable for misuse or misunderstanding of information he shares.