Following the release of a 12 Mpix model able to reach 333 fps, XIMEA now offers an additional version with high resolution of 16 Mpix and speeds over 300 frames per second. 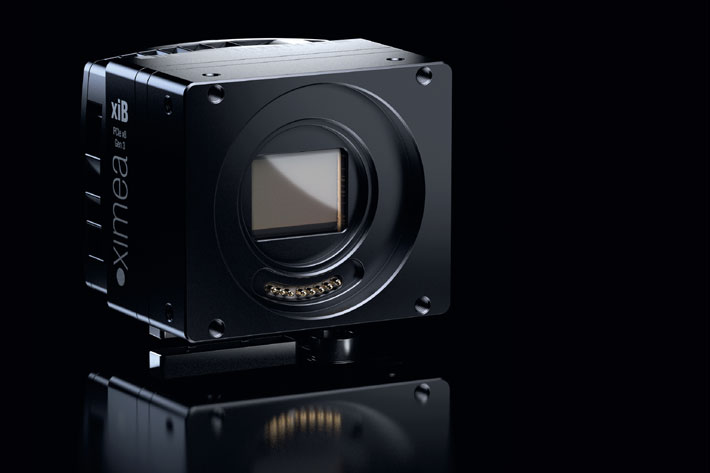 Able to reach more than 2500 fps in FullHD and over 300 fps at 4K, the new XIMEA line of industrial cameras may be all a cinematographer wants when there is a need for speed.

The new 16 Mpix high resolution camera from XIMEA now available offers exciting speed possibilities, that extend to cinematographers despite the fact that the company’s line of cameras is primarily designed for scientific field and industrial cameras. Usage of XIMEA cameras covers diverse areas that go from flat panel inspection or printed circuit board (PCB) examination to persistent stadium and border security, wide area surveillance or aerial or city mapping.

For more than 25 years XIMEA has developed, manufactured and sold standard and OEM cameras for machine vision applications in motion control, assembly, robotics, industrial inspection and security, as well as scientific grade cameras for life science and microscopy.

Resolution range of the XIMEA xiB-64 camera line starts at 1 Mpix and while cinematographers might not want those low resolution cameras, the recent models with 12 or 16 Mpix, which can be further enhanced with a Canon lens EF-mount that allows remote control of aperture, focus and image stabilization, offer interesting options for cinematography in general and specific areas as 360 panorama, motion capture or sports broadcast where with slow motion replays are crucial.

The first 4K model called CB120 equipped with CMV12000 sensors from CMOSIS was introduced a while ago. With the help of new generation of PCI Express referred to as PCIe 3.0 this 12 Mpix sensor is able to reach the remarkable speed of over 330 Fps at full resolution. The camera’s data and control interface are fully compliant with PCI Express External Cabling Specifications, which allows real data throughput of 7000 MB/s – more than other industrial camera interfaces can compete with. 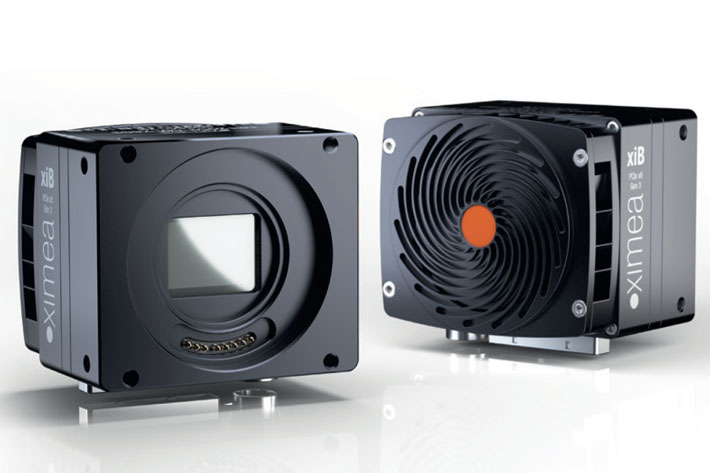 Newly available models called CB160 are utilizing the special sensors from LUXIMA – LUX160 which introduce a special combination of high resolution and fast speed. These remarkable sensors have large size (18.3 x 13.3 mm) and fast data throughput with potential 300+ Fps at a full resolution of 4704 x 3424. Both aspects are beneficial for applications requiring inspection of small parts at high speed.

The exceptionally fast PCIe interface allows the XIMEA xiB-64 camera family to stream data at speeds as high as 64 Gbit/s over distances of up to 300m without the need of expensive frame grabbers or special, complicated software.

For synchronization purposes with external equipment and other cameras, the models are equipped with trigger inputs and outputs. Image data is seamlessly delivered and stored right inside the computer memory, becoming immediately available for processing and encoding by CPU and/or GPU, reducing latency. XIMEA SDK/API provides the comfort of choosing from Windows, Linux, Mac OSX and can offer full image processing pipeline on NVIDIA GPU in real-time.

Besides the capture speed achieved, the XIMEA xiB-64  cameras are the exact size to fit in small spaces. Camera package for all these models is remarkably compact with 60 x 70 x 55 mm and 268g.