With 25 million business listings over nine countries, open data companyFactual has taken a first step toward creating a place database to which anyone can contribute. With location-based applications now more popular than ever, the data is extremely valuable to developers. Factual is providing it via its API, currently for free.

We wrote about the open platform whenFactual launched a year ago. Now it has launched a new site, as well asa number of local features that go live today. Among them are thebusiness listings, the largest of which is U.S. data (13 million locations). However, according to founder Gil Elbaz, the company plans to add many more countries.

Without Factual, a developer looking to write location-based apps must buy expensive data or build off of someone else’s database, such as a location-sharing service like Foursquare. Developers have been waiting for an open business listings database, where developers can share updates and easily get the latest listings. “We are working to be that ubiquitous place database,” Elbaz said. “We feel we’re working as hard as anyone on this, maybe harder. We have the ability to merge and clean this data.” 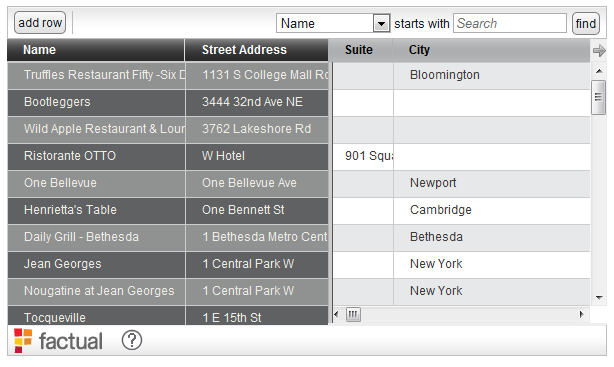