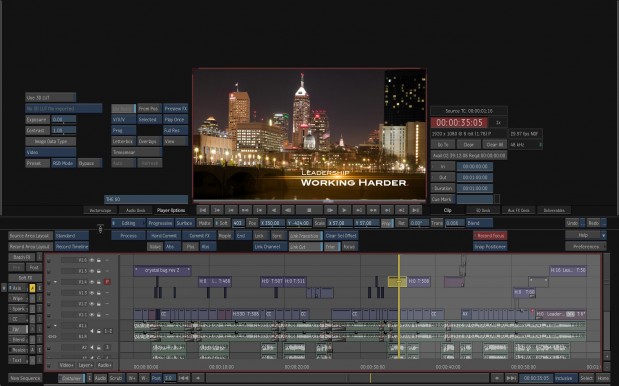 For anyone who has ever worked in a broadcast environment, you know the unique challenges that are involved in post production. Deadlines are tight and resources are often slim. Often you are creating something from nothing. When projects are due in hours instead of days, graphics and design have to be created on the fly, and you need to be flexible and responsive to last minute changes… you don’t have time for complex workflows or long render times. As someone who has been a broadcast editor for almost 2 decades at a local station, I believe that Autodesk Smoke is the ideal tool for editors to overcome the challenges that are inherent to broadcast television.{C}

Time is the biggest enemy. Since local news is the cornerstone for the majority of local broadcast stations, things move very fast as the News must always be well… new. Typically I have 6-8 hours to edit a: 30 second promotional spot that will attract viewers to a special report. Now, a lot of stations are editing promos on Final Cut or Avid, and often they end up being 8 shots, with a lower 3rd graphic and a generic full screen tag saying “Tonight at 11pm”. Often these spots have simple production values because you just can’t develop a custom look, design graphics, and wait for 3D renders when the spot airs at the end of the day. But it doesn’t have to be this way. 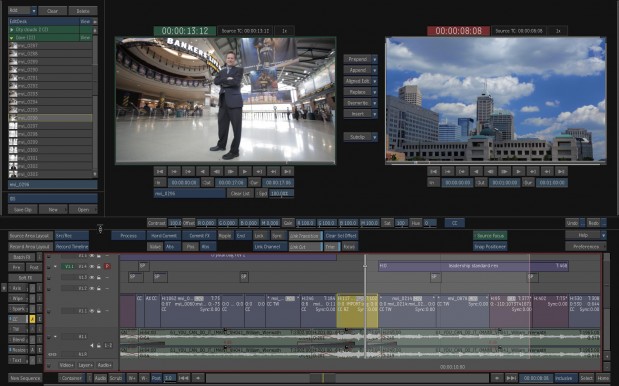 When you use Smoke as an editor, you have a complete set of tools at your fingertips. Smoke is more than just an editor, it’s a complete finishing system. A complete source/record timeline is integrated with powerful color grading, tracking, keying, and visual effects tools, and true 3D compositing. Smoke’s UI, allows you to move from one tool to the next fluidly. Having all of these high quality image tools in one system, means you don’t have the clunky workflow of exporting clips out to 3rd party programs for effects work, rendering, then exporting and importing back. Keeping everything internal saves time. Smoke is designed to be used in a client-supervised session, which is why the interface and toolsets are so interactive and fast. With a client in the room, they might ask you to adjust a graphic layout, or timing of an effect or move that shot at the front to the end. Smoke can respond to those requests, and the client can see instant results. At a broadcast station, promotion managers & news directors are the clients. 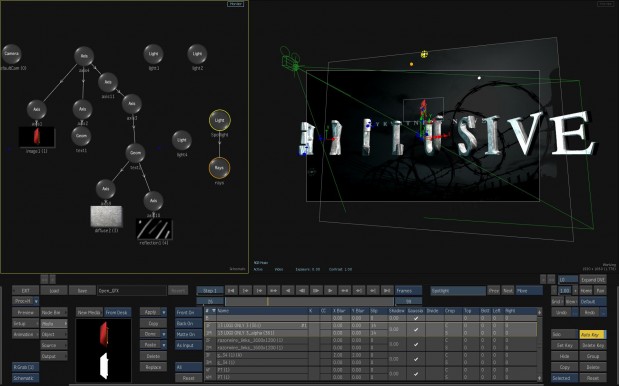