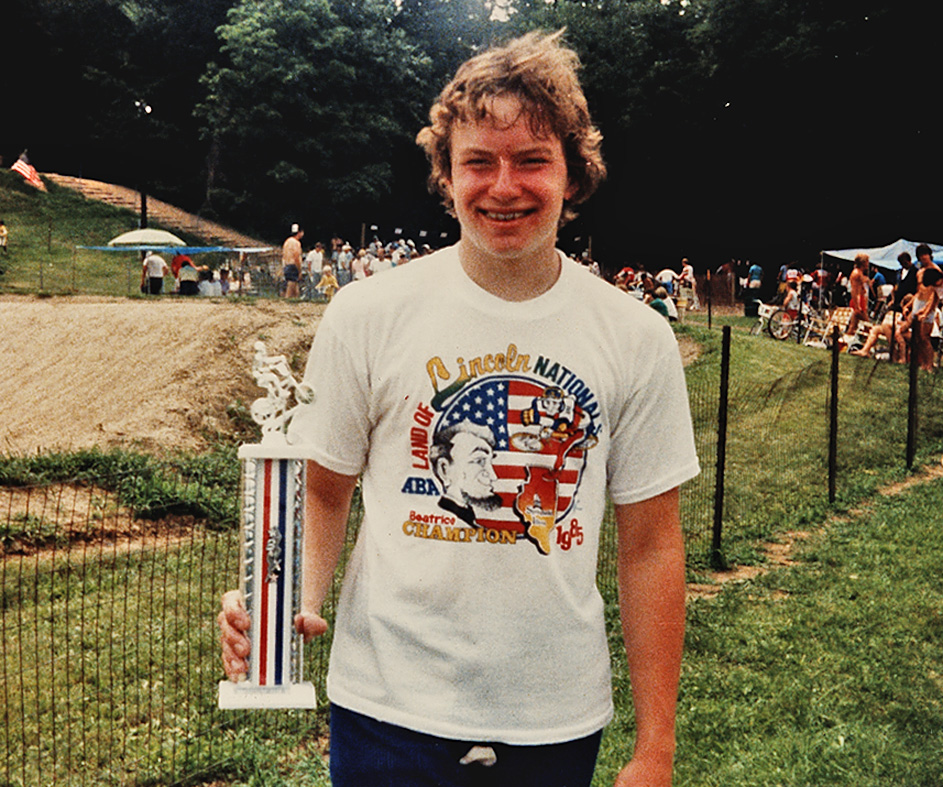 I thought I’d kick off my blog by posting a column I originally wrote for Xtreme Video magazine. I will be covering the world of shooting extreme sports and a few of the other subjects I shoot here, and I welcome your comments and questions.

Chances are if you work in the action sports world, you got your start here. You probably participated on some level as a kid, then moved your way into the industry shooting stills or video or both. Lord knows you didn’t get into it solely for the money, there are other industries where it’s far easier to make a living.

My career started in much the same way. At around 12, my parents bought me a BMX bike for Christmas after much begging. After a couple of months, that bike had been significantly modified. I showed up to the bike rack at school when the weather finally allowed, and instantly my circle of friends expanded. I met the other kids with their BMX bikes. We started riding together every day after school.

It was just a couple of months later when we started racing. Wow, what a ton of fun. Most of us were the same age and class. Our families took turns taking us to the track on weekends, during the week we’d ride and hit jumps, ride some flatland or street, and occasionally study.

By the time I was 16 I loved the freestyle side so much that I built portable ramps, bought a sound system, got a couple of friends together and we started doing shows throughout the midwest. It was a blast, we got to be some sort of rock stars every weekend. That lasted till I went to college.

I wanted to be a journalist of some sort, writer or photographer, so I started taking journalism classes and working for the college paper. Then things started happening really fast.

A friend of mine, Seth Perlman, knew I had an interest in photography. He also happened to be the local Associated Press photographer. He invited me to a University of Illinois football game. It was exciting. Being on the field, using one of his cameras. What a rush. He loaded a roll of Tri-X into a Nikon F3/T (the titanium version of the F3), with a good-sized piece of long glass, a 300mm f/4.5 (anybody remember those?). He taught me the basics of metering, focusing, and told me to follow the action and shoot tight.

At halftime he went into the darkroom, processed his film, and sent a picture over the wire. I had stayed on the field. When he returned, I was waiting there for him to help me change to another roll of film (my second ever!). I shot the second one during the second half. After the game Seth processed his film again and moved another picture. Cool stuff. I was inspired. And I still had my first two rolls of film in my pocket.

We went to a womens’ volleyball match after that, he photographed while I watched. I wasn’t ready for the intricacies of shooting indoor sports with available light.

Seth processed my film after his from the Volleyball match, showing me how to load film reels and tanks. When he was looking over my first two rolls I’ll never forget his reaction. I’d gotten the quarterback upside-down over the line scoring a touchdown. “I’ve been trying to get that *!&%ing shot for FIFTEEN years!”. He’s a good teacher, what can I say?

After that, he took me under his wing and taught me more of the basics. We went to the park and he rode his bike by me to teach me panning. He worked with me on tight compositions, good focusing, better metering techniques, and more. It just so happened that the Presidential Primaries were coming up, so I started tagging along with him on those assignments. After a few I started shooting some of them for him as a stringer when there were a couple at the same time.

I decided if I was going to shoot anything, I wanted to try my hand at shooting some of the sport I loved, BMX. I picked a national event in Memphis, about an 8-hour drive away. I contacted the magazines I had read for years to tell them I’d be there and would love to meet any of the editors there. John Ker, editor of BMX Plus! Magazine called me at home. He explained that he wouldn’t be there, that they wanted to see if I could cover it for them. When I picked up my jaw from the floor I said “Yes!”.

I shot it, they loved what I shot and asked me to come out to Los Angeles to hang out for a week and shoot some more. I came out at the finish of the semester. What a week. I got to meet a lot of my heroes, both on the publishing side and riders, and ride at famous places. It was crazy and exciting!

I returned home and freelanced for them for a couple of months, covering mostly freestyle team tours, even meeting Mat Hoffman when he was only 16 and blasting bigger air than anyone I’d ever seen.

Nine months after I first picked up a camera, I got a call from John asking if I could move out to L.A. to take a staff position at their sister magazine, American Freestyler. On 3 days notice, I moved out and took the job. John became my second mentor, a really great one, and I worked for that publishing company for a year-and-a-half.

What a time, traveling all over the country and a few places outside every weekend, becoming friends with my heroes, even working with a quirky kid from a rival magazine by the name of Spike Jonze. I was immortalized by him once on the pages of his magazine partly because the publishing company I worked for wanted it’s editors to remain pretty anonymous.

It was a great time, and I used to help kids with any photography question I could answer back then. One of the most respected names in BMX photography told me last summer that I had let him look through my camera at a race once, and that inspired him to get into photography. I was honored, and blown away. A lot of people have helped me in my career, and I am always happy to give back in whatever way I can. I try never to be too busy to answer questions from others, I’ve been known to coach people via mail or email, and more recently I’ve been giving seminars like the ones I’ve done at the DV Expo.

I love shooting BMX, skateboarding, all kinds of alternative sports. I think participating in those sports myself, even on an amateur level, helps me understand them better and portray them properly in images. I like my images to help the viewer feel what it’s like to actually be doing the sport. I’m lucky enough to work on projects with the best riders in the world, and I take advantage of their expertise to learn to be better at those sports. I was working on a wakeboarding book for a kids’ book publisher and the pro I was working with taught me how to wakeboard. Who gets chances like that?

On an ad shoot I was shooting one rider at a skatepark. After a while, he was tired and needed a break. I borrowed his bike and helmet (it was sweaty, but I wanted to ride!) and found myself sharing the halfpipe with legendary Eddie Fiola. Does it get any better? This is the kind of stuff that we all got into this for, not because of the vast amount of financial resources the industry has to offer. We’re all lucky these sports excite the outside world enough to bring in new people and opportunities. I’ve often found myself as a liason between an outside entity and the industry.

Since I left my first magazine, I’ve worked staff for other magazines and been lucky enough to now work for myself for quite a few years. Freelance photography is tough, even tougher nowadays with all the people who want to do it and all the lowballing companies trying to make life harder for us. I help educate younger photographers and companies as much as I can.

But I wouldn’t trade my job for anyone else’s on the planet. I get to make a living being around the sports and people I love.