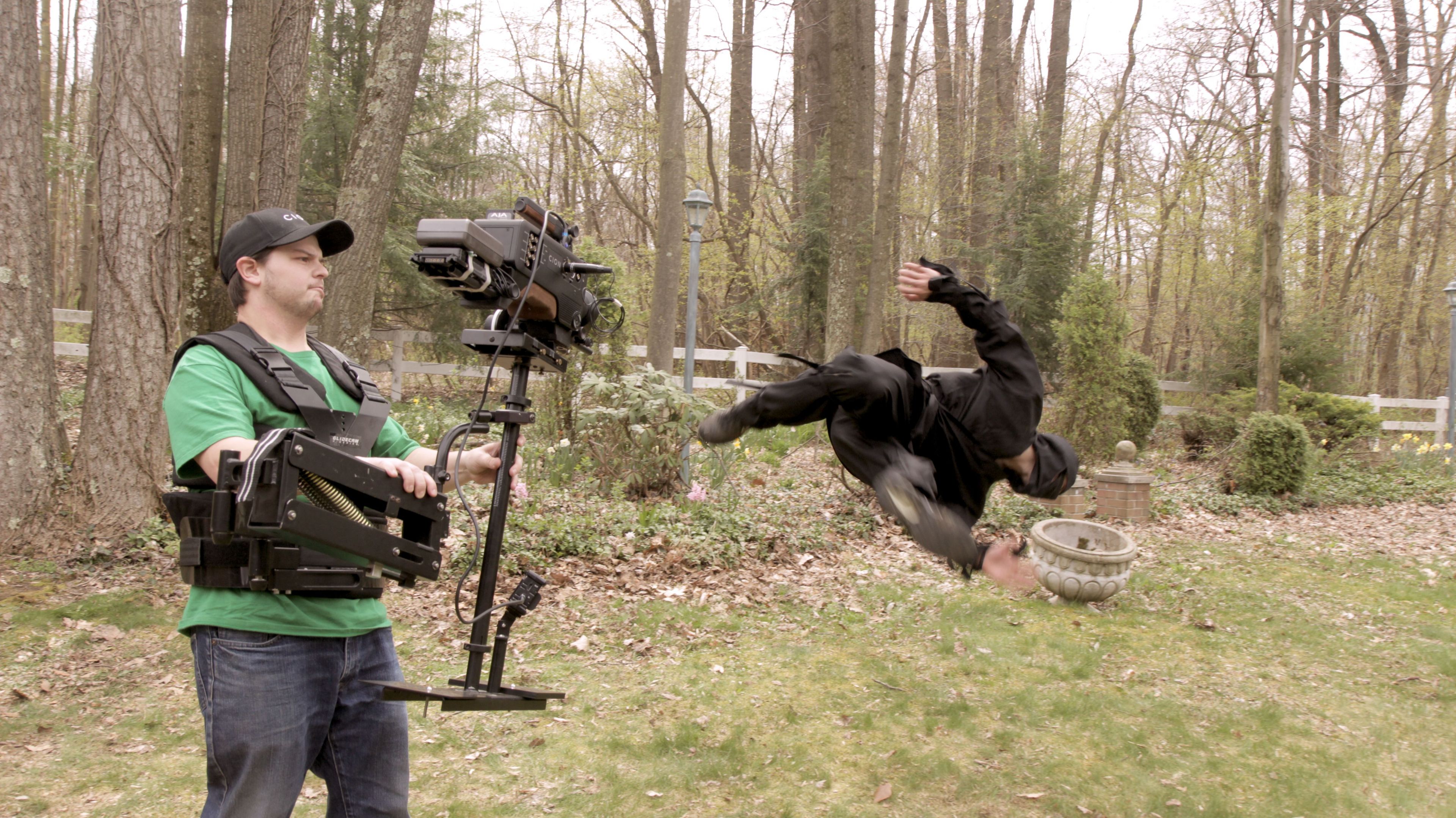 AJA made a big splash at NAB 2014 with their announcement of the CION, but 2015 is probably going to be even bigger for the company. The camera started shipping just in time for the new year, and NAB 2015 saw the launch of their #trycion campaign. The program is designed to get the camera in professional’s hands, but that’s in addition to people who have already tried it out for themselves.

One of those professionals is DP Doug Michaels, and he used the CION on “The Great American Movie Hustle”, which is director Michael Anton’s attempt to make an epic cinematic movie about making an epic cinematic movie. Doug is an experienced shooter/producer, DP, and camera operator who has worked with just about every camera out there, so we wanted to know more about his insights and experiences around this project. We talked to him about his career, what it was like to use the CION, what he’d tell anyone else who was considering using it and plenty more.

ProVideo Coalition: Tell us a little bit about yourself and your career.

Doug Michaels: I began my career early on. I DPed my first feature at the age of seventeen during my senior year of high school. I also simultaneously shot a one minute segment for my good friend, “The World’s Strongest Redneck”, that aired on CMT’s Country Fried Videos every week. After high school, I DPed and produced three other feature films with my group of high school friends.

I earned my degree in Photography at the Art Institute of Pittsburgh and, shortly after college, began working in Reality TV. I have shot for multiple shows including; Dancing with the Stars, MTV’s Made, Treehouse Masters on Animal Planet, Kartlife, and plenty more.

Occasionally, I shoot commercials, corporate videos and music videos as well. I also try to keep regular content of my own coming out on a weekly basis via Youtube with travel/adventure videos, comedy skits, pranks, skateboard videos, time-lapse videos and so on.

“The Great American Movie Hustle” is the 25th feature film I’ve worked on and the 8th feature that I have DPed.

How did you get involved with The Great American Movie Hustle, and why was it such a unique filmmaking experience for you?

I met the writer/director, Michael Anton a few years ago when I DPed a pilot for him and the two of us have kept in touch ever since. He called me up one day with this idea and I thought it was funny and clever. A film looking at itself, almost.

My work has always been very diverse – I like to shoot all types of content – but this movie sort of meshed everything into a single film. It’s a movie but it’s part documentary, part mockumentary and kind of has ‘commercials’ in it. Even with all of that going on, the movie is about filmmaking, particularly in the independent realm. It showcases the struggles, the laughs, the fun and the heart put into making an independent movie. It’s really all of my interests rolled into one.

This film was different and a challenge to shoot, because in some scenes I’m acting and shooting the scene at the same time. Having to act, shoot, pull focus, worry about hitting a mark while wondering if that edge light looks good on the person I’m shooting was not easy. But I love a challenge. 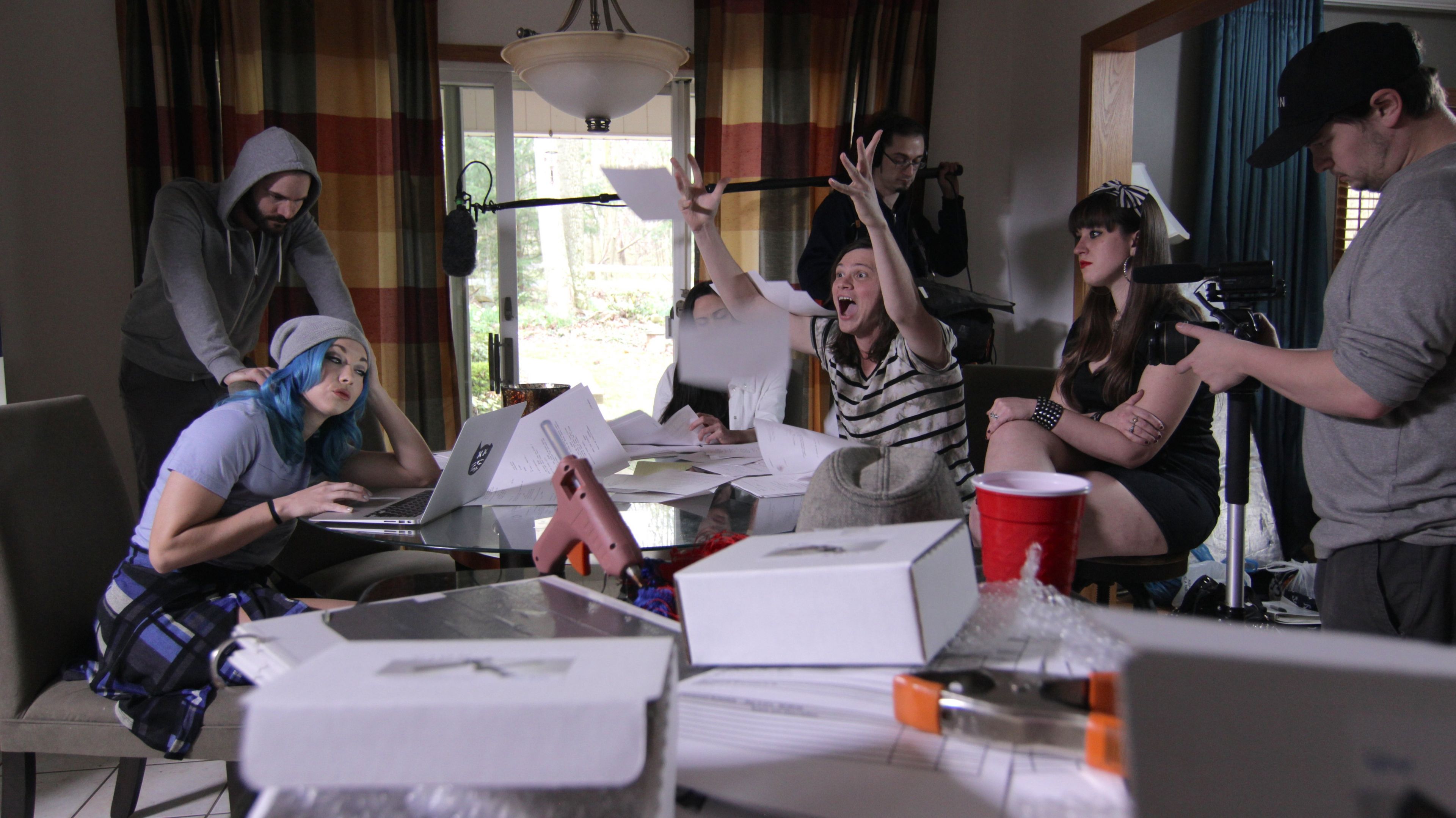 All stills from “The Great American Movie Hustle”

The movie humorously deals with the twists and turns filmmakers face today. How often did you find yourself watching or discussing something that you yourself had seen and/or experienced?

(Laughs) It was surreal because that happened pretty much everyday. I was shooting conversations that I had been in or situations that I was all too familiar with. The entire behind-the-scenes crew of this movie is in this movie as well, and some of us are even in the movie within the movie. It’s movie inception.

If you’ve ever made or worked on an indie film, you’ll be able to relate all of the situations – the ups and downs, the good and the bad. The fun parts, the corny parts. All of it is relatable to anyone in the industry.

What sort of working relationship did you have with director Michael Anton on the project? Did you work closely together, or did he lay out what he wanted and left you to it?

The situation was a different type of relationship than usual.

As I mentioned, on this film a lot of the crew were acting in the film which meant they were supposed to be doing their actual job duties in addition to acting at certain points. All in all though, Michael trusted me since he is one of the main characters and had a lot on his plate.

Things got real tricky when I’d be in the scene with the crew (including Michael) while shooting the scene, all while Joe -my B camera operator – is shooting me shoot them. It was really difficult whenever everyone was in the scene together. That’s when Michael and I had to figure out how to get coverage of everyone and each other while making it look like we didn’t have other shooters. We did use some locked-off cameras, but I tried to make sure that during the doc scenes Joe and I could get all the coverage of everyone from our blocking. 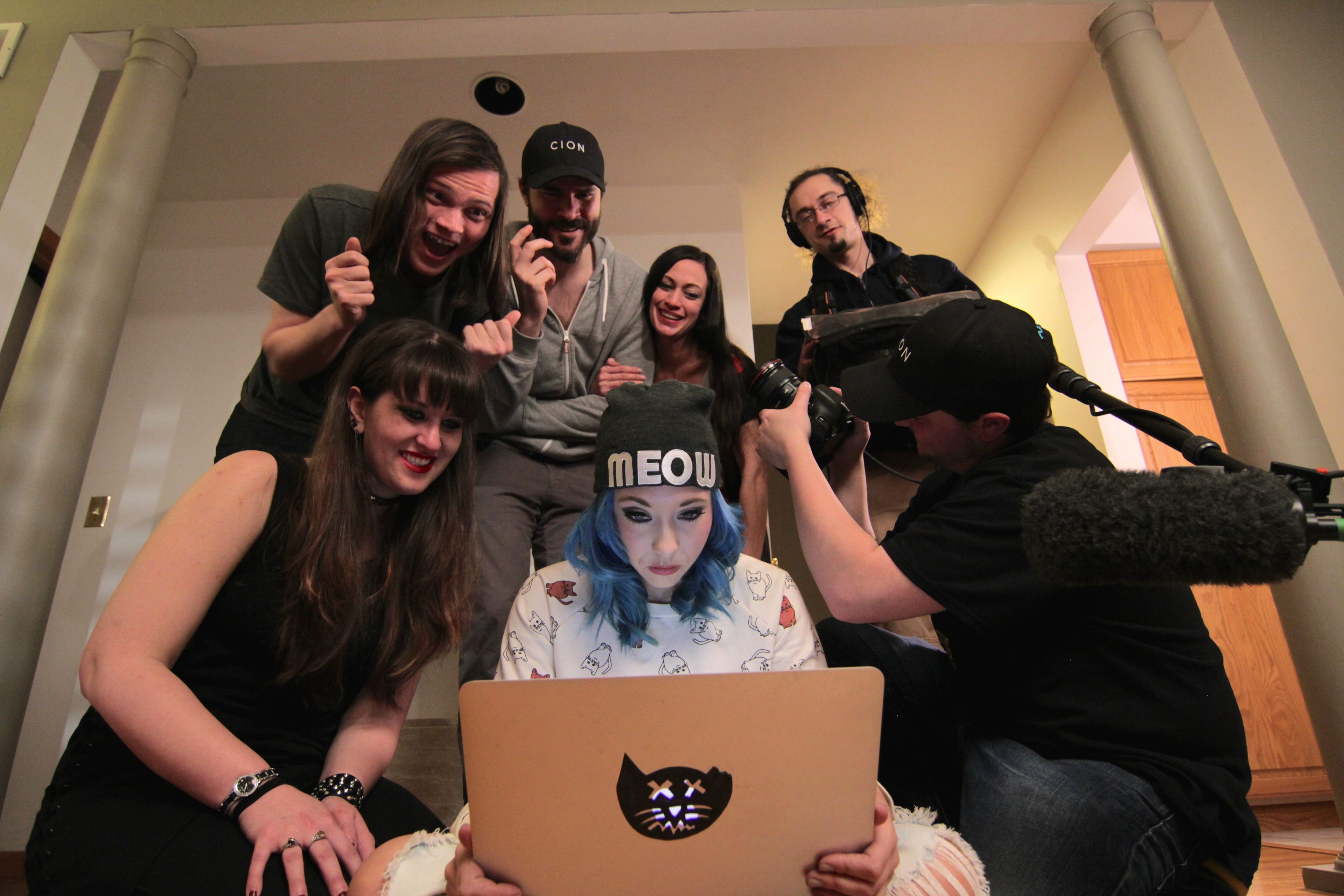 How did you go about establishing the look for the project?

There’s the mockumentary part of the movie and the “movie” within the movie. So I wanted to give the mockumentary parts that ‘doc feel’ without trying to feel like a reality show. I’m a fan of The Office and Modern Family, so I tried to give it the handheld look but still well lit and with well composed shots that featured motivated push and pull zooms.

Was the CION always the camera you were going to use, or was that something which was decided after other decisions were made?

Michael chose the CION. I had heard a bit about it, so I did my research and it sounded like a great camera that would be fun to try out.

I know a lot of people are fixated on cameras – which one they use, what they prefer – but I personally don’t care. To me, a camera is a camera. Give me a camera and put me in front of an interesting story and I’m good to go. I’m not all hyped up on 4K and 3D like the rest of the world. I just want to tell stories with pictures, so I’ve never been afraid of new cameras or new tech.

If a director is giddy about using a new camera and they ask me “well, you’ve never used it, does that scare you?”, I just tell them that I’ve never met a camera I couldn’t figure out and make look pretty within 10 minutes. With that being said, I could definitely see the kind of opportunities that the CION represented.

You mentioned the CION is one of the most intuitive cameras you’ve ever worked with. Is that what stood out to you the most about it?

There aren’t a ton of buttons or menus. They keep it simple and to the point. When I first started out in my career, I used old mechanical film cameras – they also have few buttons, not too much fluff and are easy to figure out – so I’m used to working with something where I have what I need and nothing more. I like that. I took the CION out of the box and built the camera, set it up and started shooting test footage within 15 minutes. 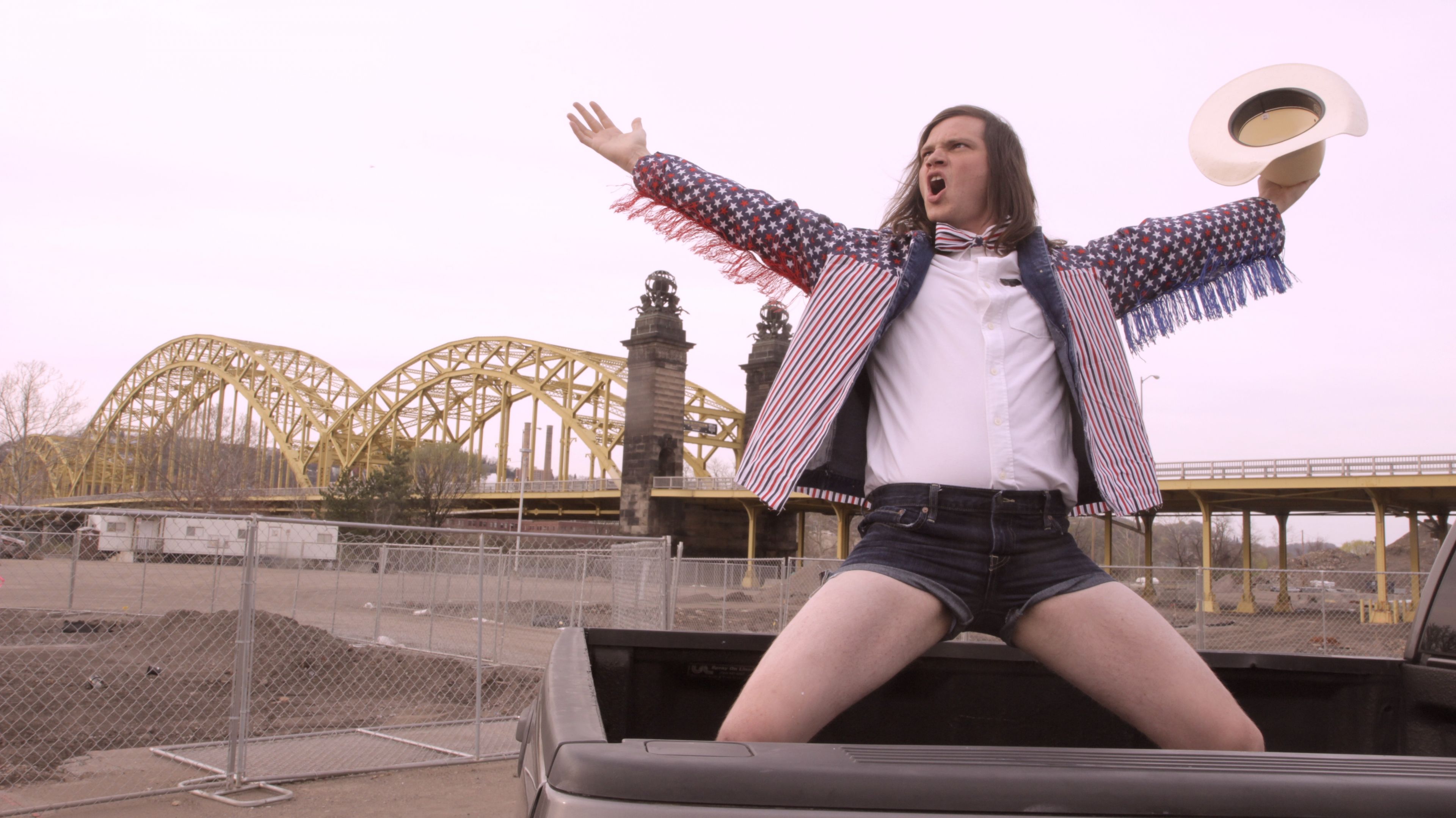 The CIONs you used for this project were configured for handheld, shoulder mount setups, with a Zacuto Z-Finder viewfinder, MTF lens adapter and Zeiss Nikon mount lenses in 14mm, 24mm, 35mm and 50mm. What sort of specific opportunities did this create for you?

The Steadicam, in addition to the look of the CION, made me think we could get the Michael Bay-type movement in our action sequences. Mixed in with some shaky handheld, of course.

There’s been a lot of chatter online about the quality of images that are coming out of the CION. What were your thoughts about what you were seeing?

They looked great! I mean, it is 4K at 444. You just need to make sure you don’t clip those highlights and have plenty of light.

What about the colors you were getting from the camera? Were you able to achieve the subtleties you were looking to produce?

For the most part, yes. I don’t particularly like how it limits you to 3200, 4300, and 5500k or preset. I prefer to dial it into my eye and a lot of time, especially on cloudy days, I like to go up above 6k to warm it up a bit and I couldn’t do that. However, that doesn’t matter too much when you’re shooting at 4K in 444 – the colors are great, there’s a ton of information with plenty of detail in the blacks, from what I‘ve seen.

I haven’t had a chance to mess with too much footage just yet. From what I ‘ve seen so far though, it looks fantastic. 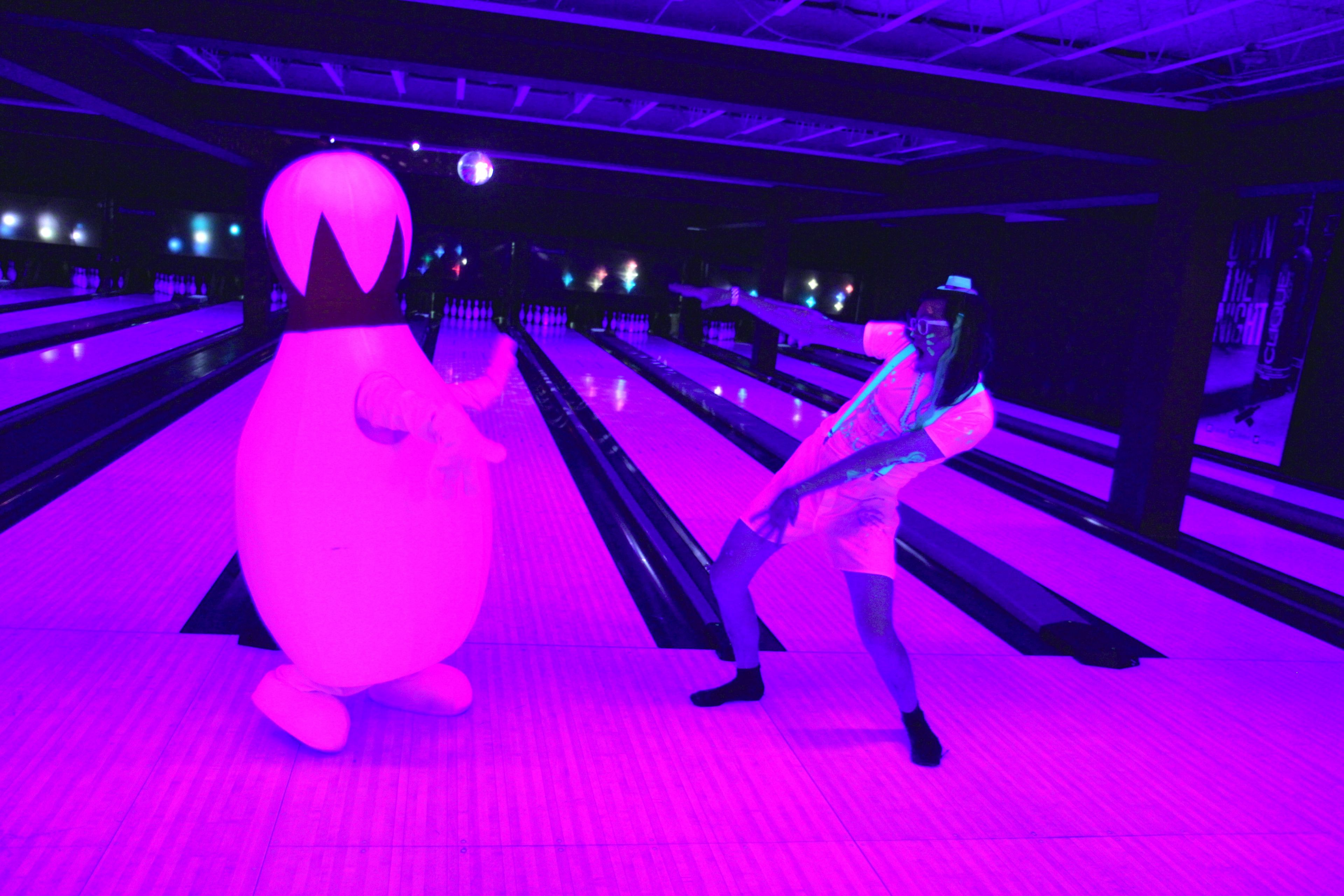 What were your biggest takeaways from the project?

Nothing is impossible no matter the budget. It may not be what you envision in the beginning, but you learn to make compromises. Also, that accidents turn out to be better than what you intended, and what you intended sometimes turns out like crap.

Any thoughts or advice you’d offer to other professionals who are considering whether or not the CION is going to be a fit for their project?

If you’ve got the budget for the hard drive space and a decent G and E package, or the majority of your project is outside or in the day time, or you have full lighting control and you’re thinking about going with this camera – then go for it, give it a try! The images that come from this camera are beautiful but you need the light. This is their first camera so I’m sure those ISO’s will come up while price will goes down, and we’ll see some smaller and lower end bodies.

Like I mentioned, I had done a little bit of research about the CION coming into the project but really wasn’t sure what to expect, so I was happy to see that I could just pick up the camera and get to work. I don’t get too caught up in the technical details because my focus is always around making something look good, and the CION definitely enabled that. It was a fit for our project and if someone thinks it’s going to be a fit for theirs, I can’t think of any reason to convince them otherwise.