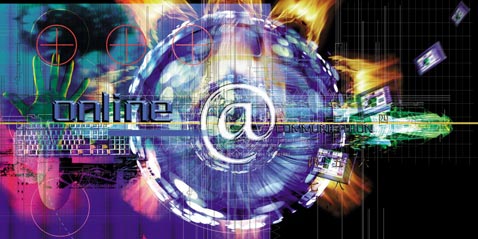 As we mentioned earlier, we are in the process of launching a series of “themed” channels on PVC. One of the new channels we’re most excited about is Web Video & Beyond.

The advent of cable and satellite television had a big impact on the industry, as they created a demand for more content – content that had to look as good as any “national” feed, but produced at a lower cost. This was fuel to the fire for the desktop video industry, highlighting the economic advantage desktop production brought.

Today, we are still in the early stages of another large explosion in content distribution: web video, and other alternate outlets such as cell phones, PDAs, intelligent multimedia gaming devices, and beyond. Even while the business models are still being built up, the demand for cost-effective content is as strong as ever. (I’ve talked about this before.)

But there are new challenges as well: the technology (Flash has a huge installed base – but it’s not in iPhones), new program formats (an attention span closer to a 5-minute podcast than a 30 or 60 minute network program), the impact of increasing bandwidth (the movement from SWF to FLV means traditional editors and motion graphics artists can use their current skill sets, rather than learn how to animate sprites), and the question of just how much production value is needed in this Web 2.0, user-generated-content, YouTube world. It’s confusing; it’s evolving; it’s exciting. We hope to learn together with you up here.

Speaking of learning together: We are always on the lookout for good writers for PVC, and this new channel is a new opportunity to share what you know. If you already have a blog and want to repost some of your “classic” articles here (as well as new content, of course), or previously wrote for magazines or other web outlets and now want to be part of PVC, let’s talk! I can be reached at cmeyer @ PVC’s web domain above. Writers share in PVC’s ad revenue based on their traffic.