On August 17, fans across more than 50 countries can tune-in to the live VR broadcast of a ColdPlay concert. Is this going to be the future of live events? 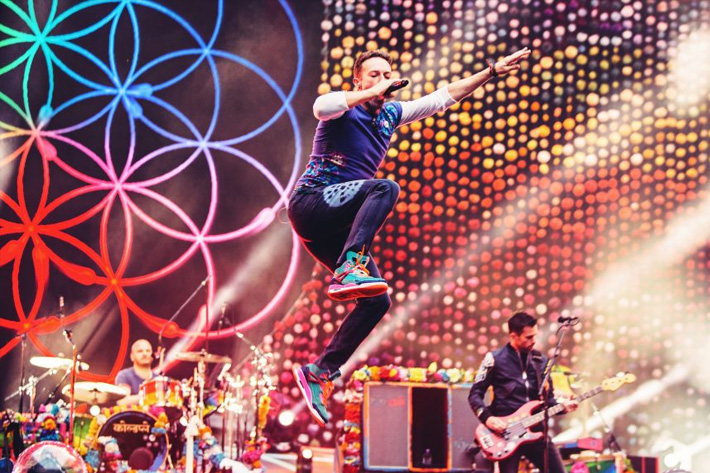 Get a Samsung Gear VR, connect to the Samsung VR service on August 17, and experience the magic of Coldplay’s performance at no additional cost, while sitting comfortably at home.

Samsung Electronics America and Live Nation will broadcast Coldplay’s “A Head Full of Dreams Tour” live in virtual reality from Chicago’s Soldier Field for the first time ever. It’s promised to be a unique experience, and it may well set the path for new explorations of Virtual Reality, and maybe change the way many people participate in live events. Or should I write live virtual events?

The idea of a VR broadcast of a concert may appear to some as something completely new and revolutionary, but it is only the result of a long path we’ve walked since the first virtual experiences, whether in virtual worlds or games, were introduced by computers.

Virtual events are nothing new to me, as I started covering them in Second Life, an online world that was all the rage back in mid 2000, and a mandatory destination for every newspaper and TV, some of which had virtual offices there – CNN, Reuters, BBC or Sky News. Journalists from the real world were also “embedded” in Second Life, writing real news about a virtual world accessed through a computer.

Because of my background in tech, computers and the web, I was invited by a major weekly newspaper I worked with at the time – Expresso  – to be their correspondent in the virtual world of Second Life. Having written many articles and a book on virtual worlds, including Second Life, working as a journalist in Second Life was just “business as usual”. I covered everything, from the – virtual – launch of new cars or books to concerts, including the opening of the new season for the Royal Liverpool Philharmonic Orchestra, the first classical music concert in Second Life, on September 14, 2007, performed in a 3D recreation of Liverpool’s 70-year-old, art-deco concert hall.

Due to the technical limitations of Second Life in terms of the number of avatars – digital representation of users – present in each area simultaneously, the concert audience was limited to 100, and access was “by ticket only”, which, although free, had to be booked online. Despite the limitations, the concert, was hailed as a ‘brave plunge into cyberspatial concert-giving’. From the 10,000 requests 100 lucky avatars – me included – were able to listen to the season opening, with works by Rachmaninov and Ravel, before  joining conductor Vasily Petrenko and composer Kenneth Hesketh in the virtual bar, after the concert.

In a note published about the concert, Liverpool Philharmonic chief executive Michael Elliott said: “Orchestras today are committed to reaching out to make their music more accessible to encourage new audiences. That means exploring and embracing the opportunities presented by new technology. For us Second Life allows us to tap into a potential global audience. It’s also a lot of fun and it certainly adds a different dimension to the more traditional visit to a concert hall.”

The classical music concert was not a novelty, in terms of music, in Second Life. Since Second Life’s opening, in 2003, bands were discovering Second Life as an alternative space to make themselves seen and heard. In August 2007, 38 years after the original Woodstock, and 28 years after being present at a REAL WORLD Woodstock celebration, with names as Arlo Guthrie and Country Joe McDonald, I participated in a virtual Woodstock celebration in Second Life, with lots of streaming music from different artists. February 1, 2008, the rock band Journey opened their own island in Second Life. But the virtual world was already a destination for different acts, from Duran Duran to Susanne Vega. The singer was the first major recording artist to perform live in the virtual world, on August 3, 2006, starting a trend that has continued to this day, although the heyday of Second Life is gone, and the virtual world no longer is theme for newspaper articles. Still, many artists use the audio-streaming characteristics of the sim to reach audiences, in virtual concerts that may well represent a stepping-stone on the path to Virtual Reality events like the one now announced by Samsung.

The use of technology to make events more accessible to a wider audience is nothing new. Radio and television have allowed artists and companies to reach that goal, the Internet opened new shortcuts to access wider audiences. The different videos published with this article reveal the variety of experiences available in Second Life, which presents, in fact, many of the essential aspects of Virtual Reality, and continues to offer artists a way to reach wider audiences across the world.

In a document, Orchestras Into the Future, from the Association of British Orchestras, where the Liverpool Philharmonic experience in Second Life is mentioned, under the section Inspiration Through Innovation, different examples of ways to reach audiences using technology are given: the Royal Philharmonic Orchestra hosted the first ever online streaming of live concerts directly from Cadogan Hall, enabling audiences across the world to experience a live performance in the comfort of their own homes, while, “since December 2006, players from the BBC Scottish Symphony Orchestra have been participating in video-conferenced sessions to schools in remote areas of Scotland. And the Royal Opera House is reaching new audiences by bringing opera to cinemas – broadcasting its opera and ballet seasons live at 800 Picturehouses, Odeon and Vue cinemas using the latest state-of-the-art sound and digital projection technology.”

The experiences go further, with the introduction, by the London Philharmonic Orchestra, of the first orchestral iPhone and iPod touch application in United Kingdom, allowing users to check details of concerts, buy tickets and listen to complete movements from works being performed by the Orchestra. Projects like the YouTube Orchestra, a revolutionary concept that in 2009 brought people together from across the world, creating an orchestra out of musicians who auditioned solely online, suggest the potential technology brought to the field of music, and the dissemination of live events.

The experience acquired in recent years and the development of technologies are the basis on which the upcoming live VR broadcast becomes a reality (pun intended!). We are a long way from the incipient Second Life immersion, and it will be interesting to see, as apparently there are no limitations in terms of accessibility, how big an audience the Coldplay concert gets. There is, still, a limitation, represented by the number of Samsung Gear VR units owned by people, but the company has pushed hard to sell the accessory – which costs $49.99 -, and the announcement of the concert may give more people a reason to invest in the necessary gear to experience the show. The VR unit is compatible with Galaxy S8, S8+, S7, S7 edge, Note5, S6 edge+, S6, S6 edge smartphones.

According to Samsung, it will be like sitting on a front seat of the concert room, a front seat giving a unique 360 view of the whole event. Samsung says that “from the pyrotechnics, to the laser lights and the phenomenal setlist, Gear VR users in more than 50 countries will be able to experience the magic of Coldplay’s performance at no additional cost. To tune-in, consumers will need a Gear VR headset with a compatible Samsung smartphone, and navigate to the Samsung VR service. A concert replay will also be available on Samsung VR for a limited time.”

“Through our industry-leading VR hardware and platform ecosystem, we are thrilled to offer Samsung Gear VR owners access to premium, immersive live entertainment and experiences in full 360,” said Michael Schmier, Vice President of Content and Services, Samsung Electronics America. “By partnering with Live Nation and Coldplay, music fans across the globe with Gear VR can tune in to the live concert, experiencing the energy of the show like never before.”

“Live Nation is a trailblazer when it comes to producing live virtual reality concerts, and we’ve been excited to bring Coldplay into the mix since announcing our collaboration with Samsung and Gear VR in late May,” said Kevin Chernett, Executive Vice President, Global Partnerships and Content Distribution, Live Nation. “We not only give fans the best in-seat experience, but we’re also committed to working with the best technologies to provide every music fan an extraordinary concert experience, regardless of where they are.” 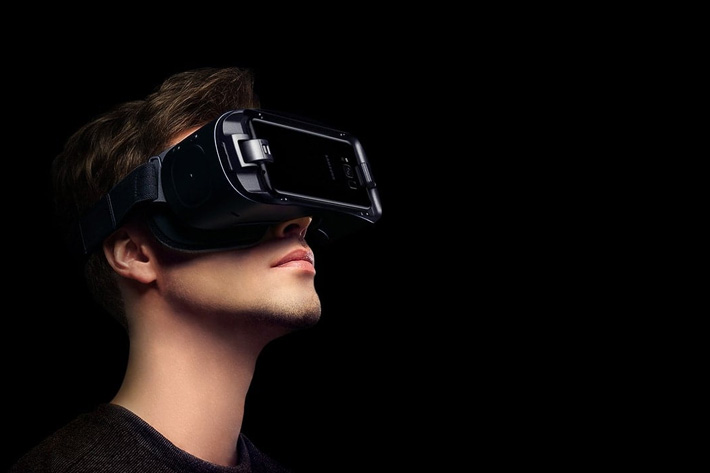 The concert may mark the start of a new era, when people from all around the world is able to participate in live events through a virtual connection. It’s different from viewing a concert online or on TV, and miles ahead from seeing it using a DVD or any other media support. The experience may herald a new era, but raises one question: will VR concerts, in the future, be free?

Back to the Liverpool Orchestra experience in Second Life, the technical limitations, allowing only 100 avatars to be in the same space, forced the organizers to issue tickets, although free. With Virtual Reality we’re reaching a new level of sophistication, and while there may be no technical limitations to the number of users, what VR may mean is two things: while the total number of participants rises, it is also probable that fewer people will feel the need to go to the concert hall, or simply can not get a ticket because the event is sold out. If that happens, will the virtual access to events be paid? Will VR-goers have to pay a special-priced ticket to enjoy being virtually there?