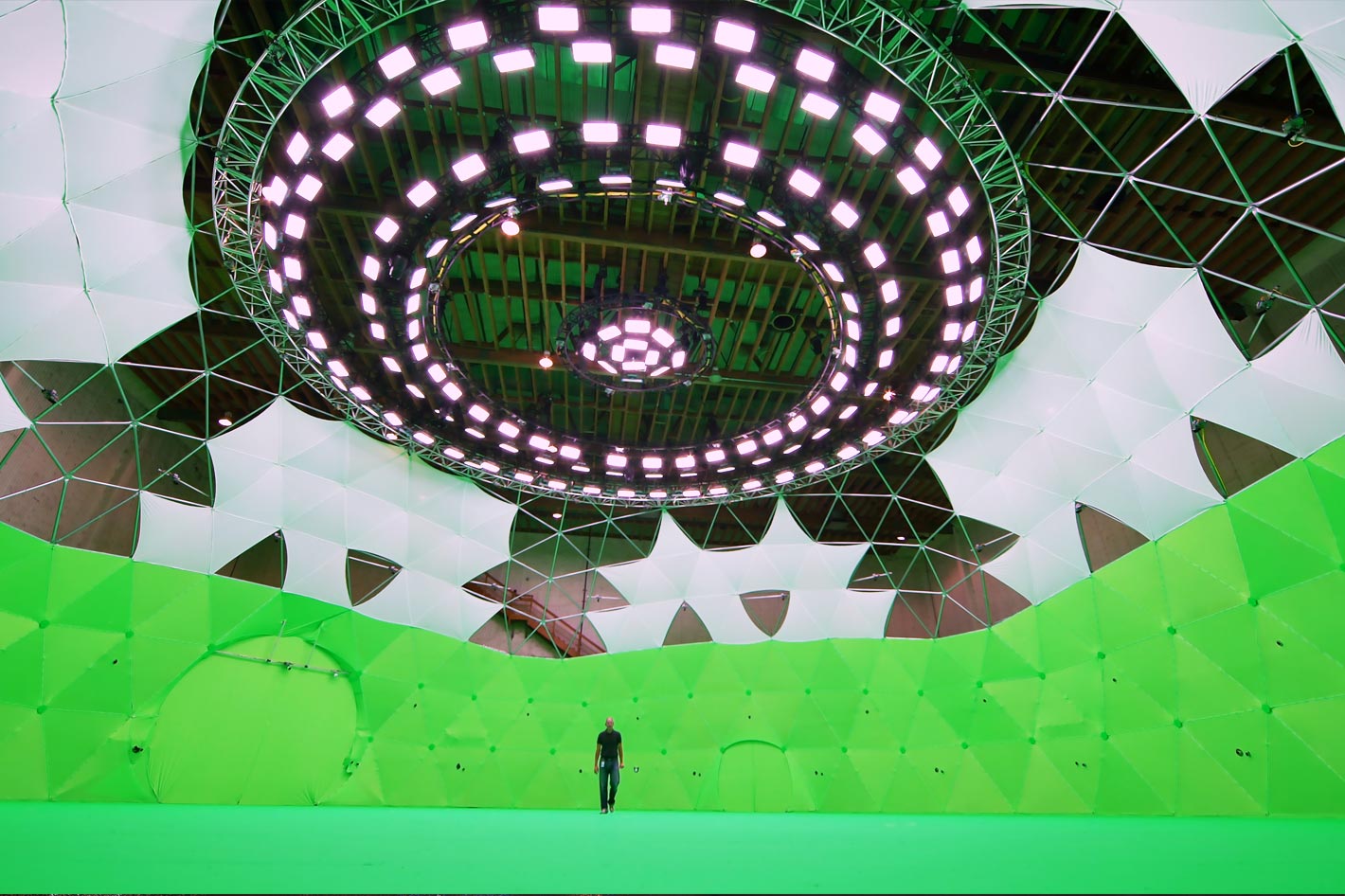 Grab your headset and come explore the world of volumetric video with Intel Studios at Venice International Film Festival! You can do it from home, with a Virtual Reality headset.

Intel StudIo’s facilities provide dIrectors, storytellers and performers the state-of-the-art toolkit for volumetric filmmaking. It’s a 10,000-square-foot geodesic dome in Los Angeles that is the world’s largest immersive media hub. Each of the studio’s 96 high-resolution 5K cameras captures action in two dimensions and algorithms convert those trillions of pixels into a 360-degree, 3D virtual environment.

“Using the groundbreaking volumetric capture and production abilities of Intel Studios, whether it be through the unique movement-based experiences of “ARK” via six degrees of freedom or the ability to layer scenes from various time periods on top of one another in “HERE,” we are ushering in a new age of content creation and immersive experiences.” says Diego Prilusky, head of Intel Studios. 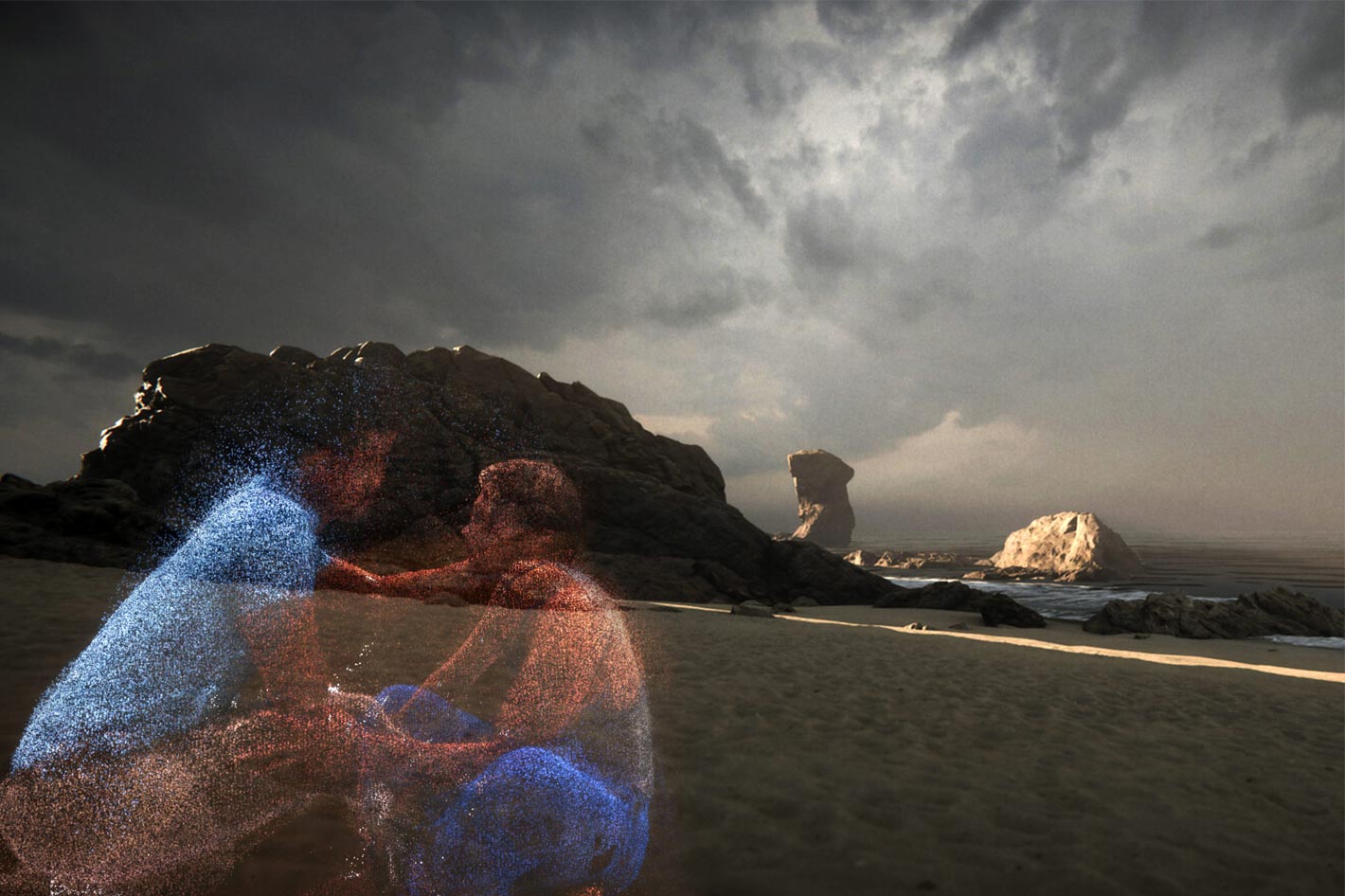 Intel Studios is driving the future of content creation with next-generation filmmaking technology and production that allow for content-capture translating to VR, augmented reality and movement-based six degrees of freedom (6DoF). After unveiling previous productions at Tribeca Film Festival and Cannes, Venice is a defining moment for Intel Studios to showcase the interactive experiences that demonstrate the capabilities and future of longer-form volumetric content.

The two volumetric films on display at the 77th Venice International Film Festival are the most recent examples of what’s possible to achieve with the space created by Intel. Embracing the changes that this year has brought (read: the rise of virtual events), both HERE and ARK are available ONLINE on Viveport on the Venice Film Festival’s VR Expanded channel from September 2nd to 12th.

“Queerskins: ARK” is an Intel Studios original, written by Illya Szilak and co-produced by Cloudred. It follows a Catholic mother living in rural Missouri who reads a diary left by the estranged son she has lost to AIDS, as a way to transcend herself and her grief by imagining him alive and in love. The 6DoF interactive experience allows viewers to navigate around a large space and enter the mother’s imagination, co-creating and controlling the experience through movements. 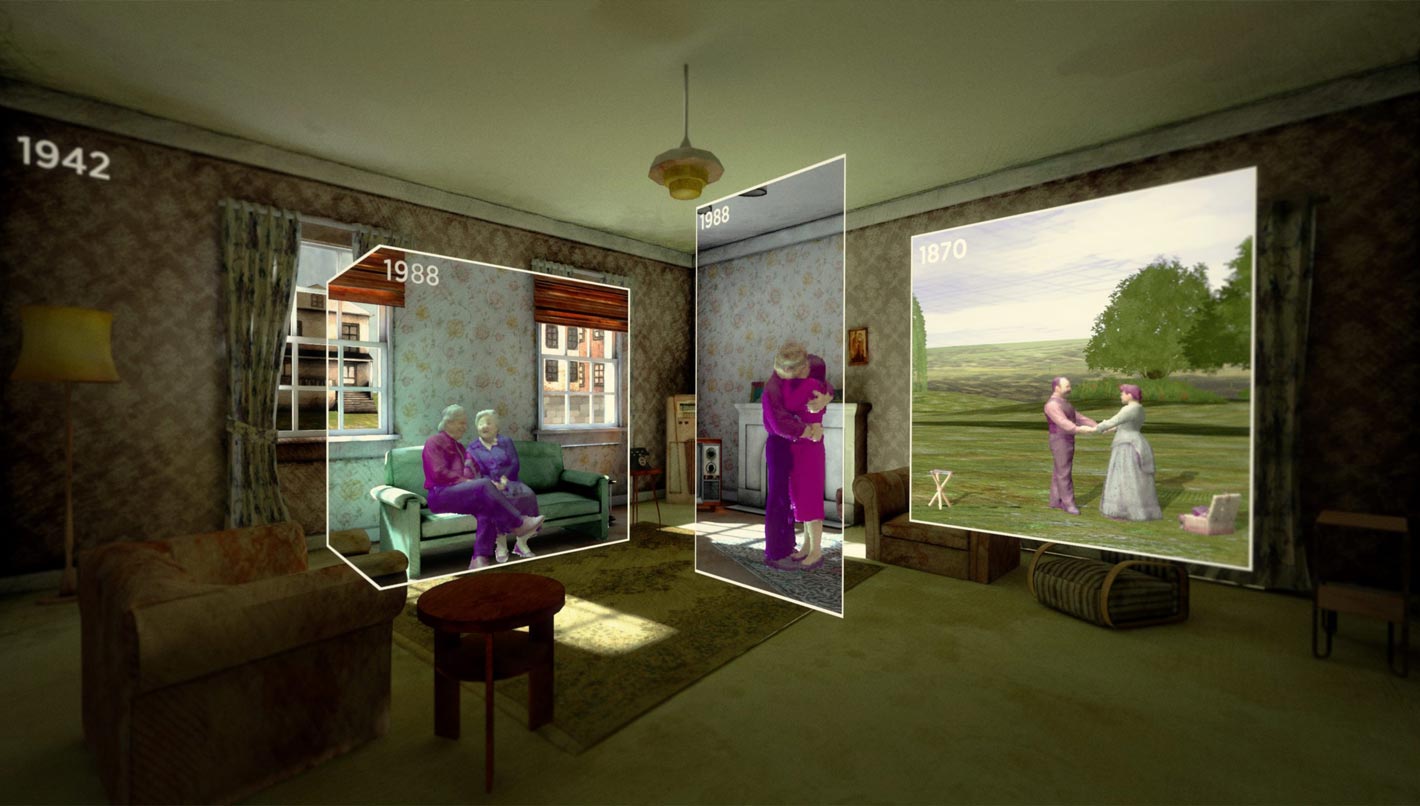 The second film, “HERE,” is an Intel Studios original co-produced with 59 Productions, presents an immersive adaptation of Richard McGuire’s groundbreaking graphic novel. This unique experience is a grand biopic where the main character is a place rather than a person. Through volumetric capture and VR technology, we join the host of characters across layers of generations who have called this particular room home. The immersive VR narrative invites audiences to reflect on human experiences across generations.

The films are part of the VR games and experiences selected by the the Venice Film Festival’s VR programmers, Liz Rosenthal and Michel Reilhac, for this year’s special, virtual edition of the festival. Viveport hosts 25 of the best VR games and experiences and 9 360° films selected.  The exclusively created Venice VR Expanded world inside VRChat, custom-built by VrrOOm, allows you to walk the virtual red carpet, explore the exhibits, drink an Aperol Spritz and mingle with guests. A series of VR headsets are compatible with the experience.