There have been many posts, specualtions and discussions on the the web over the past year about the future of Mac Pro. 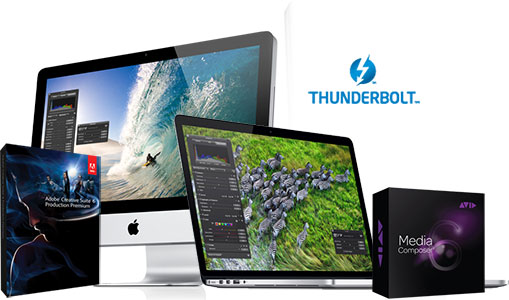 There have been many posts and discussions on the PVC and all over the web about the future of Mac Pro and speculation about features. Here comes my rant, and many folks aren't going to like it one bit.

Note: This post was originally made in responce to this thread: The Wizard of Oz, Apple, and the future of the MacPro in the Videoguys.com Tech Talk forum on Creative COW.

Personally, I don't see why Apple would waste any time or money investing in developing a new Mac Pro. The top of the line fully loaded 27″ iMac is a killer machine and more than adequate for 90% of editors.

Our now old DIY9 machine is almost as powerful as the latest iMacs and even more customizable. We're waiting for an enthusiast level chipset with Thunderbolt for our DIY10. When we make the jump, I'm confident it will deliver performance beyond the current iMacs.

If you require more power than a single CPU iMac or DIY build then a dual Xeon CPU workstation is for you. The new HP z620/820 or Dell T5600/7600 workstations blow the current Mac Pro out of the water. They are more powerful and more cost effective. Plus you get a level of flexibility and configurations that Apple simply does not offer.

Getting back to the future and why I don't think Apple will ever offer the Mac Pro that video editors are wishing for. FCPX is an app which you the end user download directly to your computer. There is no value add opportunity or requirement. It runs fantastic on an iMac or Mac Book Pro and that makes 90% of their user base very happy. From Apple's perspective these FCPX users are far less demanding, do not require a middle man (ie Video VAR) and they are very happy with the results. Those that aren't happy have moved on, and quite frankly, I think Apple is glad to see them go. High volume, high margin products is what Apple is all about now.

So the Apple VARs are moving on as well. They are integrating iPads and Mac Books and iMacs into all kinds of super cool solutions, but video editing ain't one of them. These solutions do not require the huge overhead and cost of a Mac Pro. Instead they tap into the power of the cloud and mobility and delivering customized applications specifically for vertical markets and solutions. Apple innovations are changing the world, but they are doing it without the need for big bulky boxes (ie Mac Pros).

So here are my recommendations:

Think I'm wrong? Look back to what they did when they launched FCPX. They completely abandoned FCP. What would make anyone think they would reverse this direction with a new Mac Pro?

On the flip side, why would Apple give Adobe or Avid the technical support and collaboration they would need to optimize their software for this theoretical new Mac Pro? When was the last time anyone heard the words share and Apple used in the same sentence unless they were talking about their stock price?

Apple is about closed proprietary systems that allow Apple to take in revenue every step of the way. It's a brilliant plan and I admire Apple more than any other company on earth. I just don't see why they would alter this strategy to make a new Mac Pro.

End of rant. Everyone feel free to jump in and post your opinions.